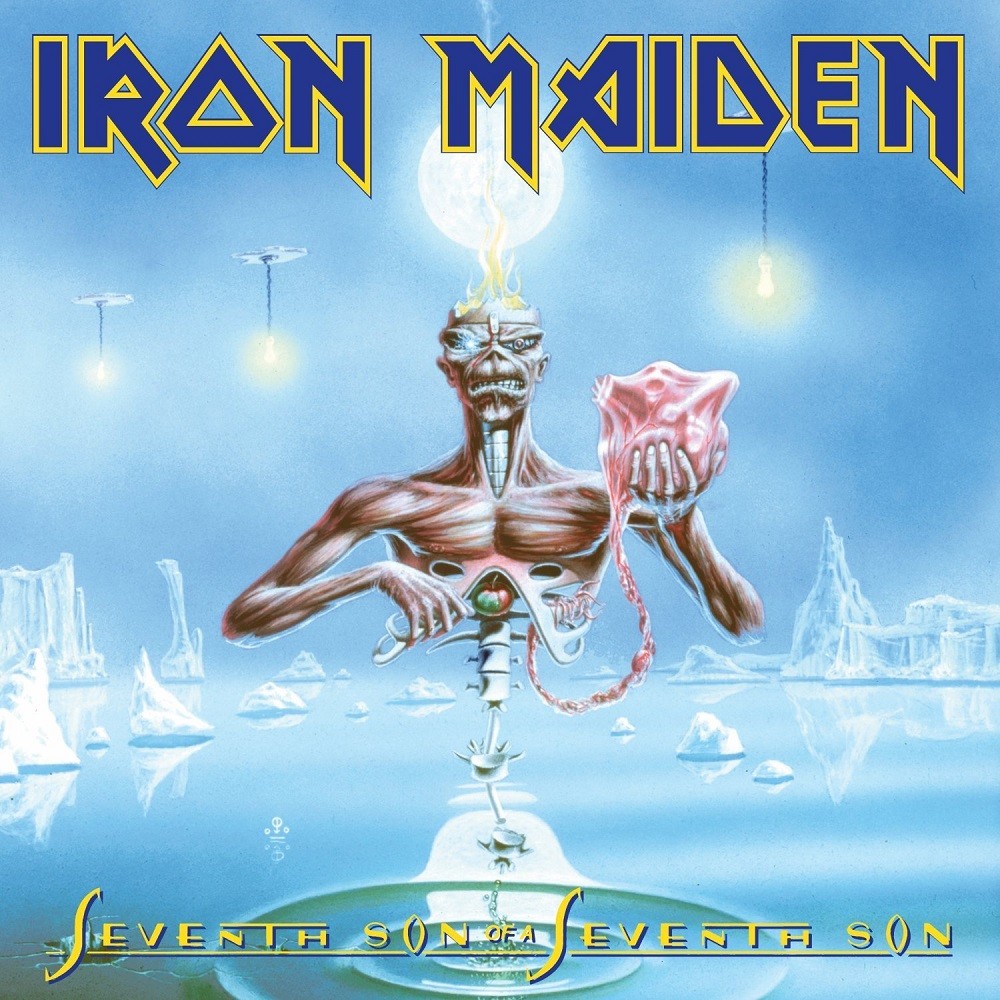 Another Maiden record and another set of fantastically composed pure Heavy Metal tracks. Maiden continue to retain a very signature sound all while laying down tracks that don’t sound like anything they’ve done. This is probably their most melodic album yet, and most accessible in a way – it’s almost pure fun all the way through. The opener “Moonchild” is full of catchy riffage and anthemic vocals, “Can I Play with Madness” almost sounds like a pop song, and even the epic “Seventh Son of a Seventh Son,” at almost 10 minutes, goes by in a flash thanks to its ever changing yet never boring structure. “The Evil That Men Do” and “Only the Good Die Young” also feature some of my favorite lyrics from Bruce and provide some dark, moody atmospheres contrary to the rest of the album.

The record is pretty much exactly what anyone can expect from Maiden, while at the same time continuing to surprise with the band’s songwriting abilities. All songs are great and full of memorable qualities.

By the time we get to Maiden’s 1988 offering we find the last decent album from them.  Things certainly sound a little more commercial with the success of “Can I Play With Madness” obvious after it burrowed its way into the brains of the majority of the hard rock and metal community with its seemingly unforgettable chorus and staggeringly cheap looking yet effective video.  All over “Seventh Son....” there are hooks, catchy chorus lines and infectious leads.

Despite all the memorability here things just feel a little too polished, a tad over-accessible almost.  By the time we get to the next record after this, the same fault could be found only this time the songwriting on “Seventh Son....” was still strong enough to make the accessibility more forgivable.

The mesmerising “Moonchild” kicks things off in fine style.  Instantly sticking in your ear holes it sets the tone well for the album as a whole.  “Infinite Dreams” then slowly builds into a capable structure, well paced and well placed also in the track listing.  The two anthems that follow in the aforementioned “Can I Play With Madness” and “The Evil That Men Do” are the familiar core of the record, the tracks that everyone knows.  The title track follows and further adds to this momentum.

The first 5 tracks are almost flawless making as strong a start-to-middle section as you could hope to find on most bands discographies. Unfortunately over the final three tracks the quality does take a hit, albeit the memorability factor remains.  As a result the record does feel more than a little front-heavy.  There’s no denying it was their last great record but it could have been even greater.