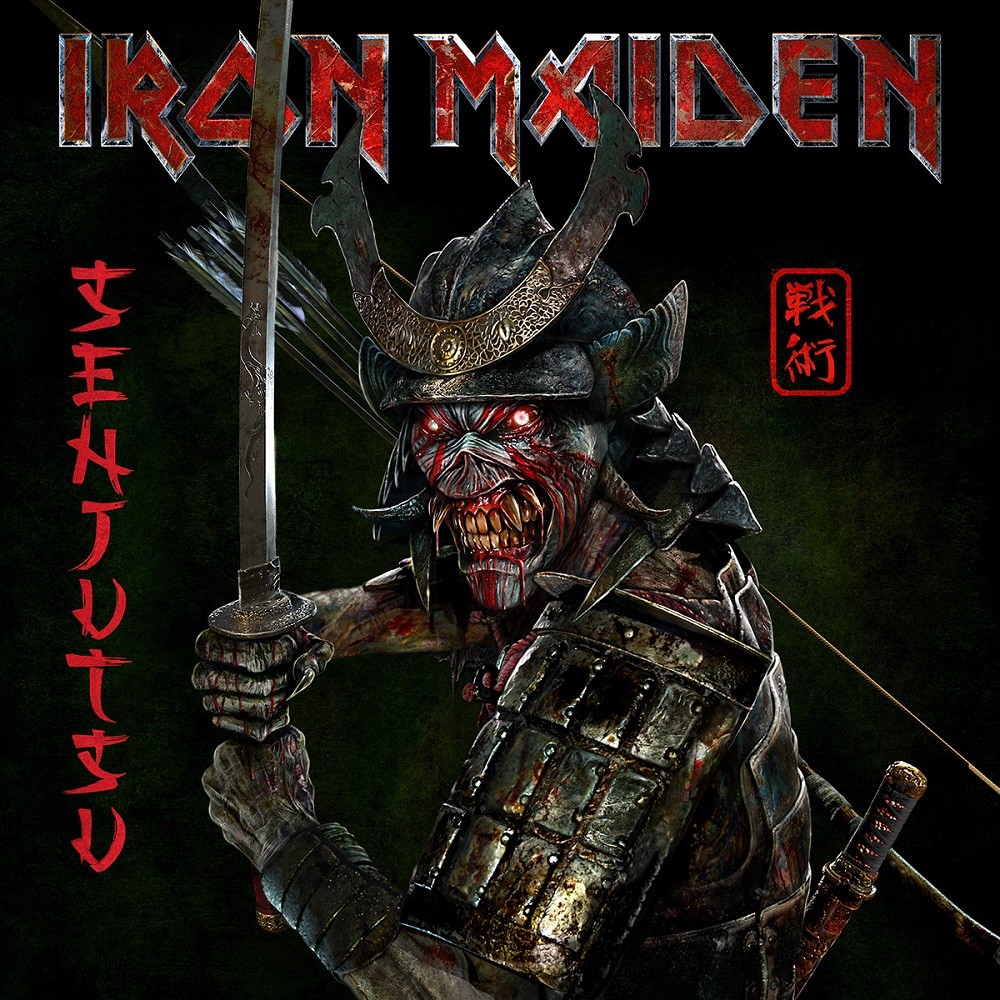 So, a new Iron Maiden album. Every new Maiden album now feels as though it may be the last so is met with a certain sadness as well as anticipation (unless you are one of those cynics who believe Maiden haven't produced anything of worth since the 1980s). Now at this stage it's unrealistic to expect another Killers, Powerslave, Number of the Beast or Seventh Son (depending on whichever Maiden's classic is your personal favourite) so it's important to keep an open mind and not just shit on it because it isn't one of those. It's equally important too however, to not get all dewey-eyed and laud it as the next coming just because it's a Steve Harris & co production. So attempting to keep perspective as a massive fan of the band since that marvellous debut way back in 1980 here's some thoughts on Senjutsu:

Well, the opening title track is just about one of the flattest openers Maiden have come up with to my ears - Aces High or Prowler this ain't, in fact it's not even Different World. The production is horrible and the track as a whole is uninspiringly bland. Oh dear, not a good start at all. Second track Stratego, however is a much more inspired affair with a bit more of a spark and therein lies the problem for me with Senjutsu - the songs just feel so inconsistent. Just as you think it's coming together and the band are getting into their stride, such as during The Writing on the Wall, they follow it with another flat-sounding track, in this case Lost in a Lost World. Don't misunderstand, Senjutsu isn't awful by any stretch and is probably better than an album by a hugely successful band who are into their fifth decade has any right to be, but as there is the very real possibility that this may be the last Maiden release I so badly wanted them to ignite that spark that I remember with such fondness. In truth, the songs may have had to be tailored to suit Bruce's declining vocal powers, although the band have handled that aspect admirably and Bruce has still come out with his reputation intact. That said, a massive plus and one aspect I really did enjoy was the soloing which was both vibrant and exhilharating and much praise must go to the guitarists, but especially Janick Gers whose contribution is outstanding and goes a long way to raising the kudos of the album.

A large number of fans seem to be shitting on the Steve Harris-penned epics of disc two, but for me it is a couple of these that truly save the album from relative mediocrity (we are STILL talking Iron Maiden here after all). I have always been a huge fan of Maiden's epics from Hallowed Be Thy Name and Rime of the Ancient Mariner to Alexander the Great and Paschendale and Death of the Celts and especially The Parchment lend Senjutsu that defining sense of true epicness that manages to raise the whole album above the so-so and make it a worthwhile listen. I purchased the really nice digibook double disc version but, in all honesty, it is probably only disc two and it's four epic tracks that will get much airtime in my house.

If this sounds like a bit of a schizophrenic review, it is because if it was a terrible album or if I didn't care about the band it would be easy to hold a strong view on it, but it is far from terrible, although equally it is no classic, so consequently my opinion is a bit ambivalent. There are aspects of it that I really enjoyed and there were also parts that I felt were a little lacking and I apologise for not being able to sound more damning or enthusiastic (delete as you prefer) but I really can't be any more partisan with my review than this - it's a credible release that, despite the odd stumble, plays to it's strengths and if you accept it for no more than that then you'll get along with it fine.