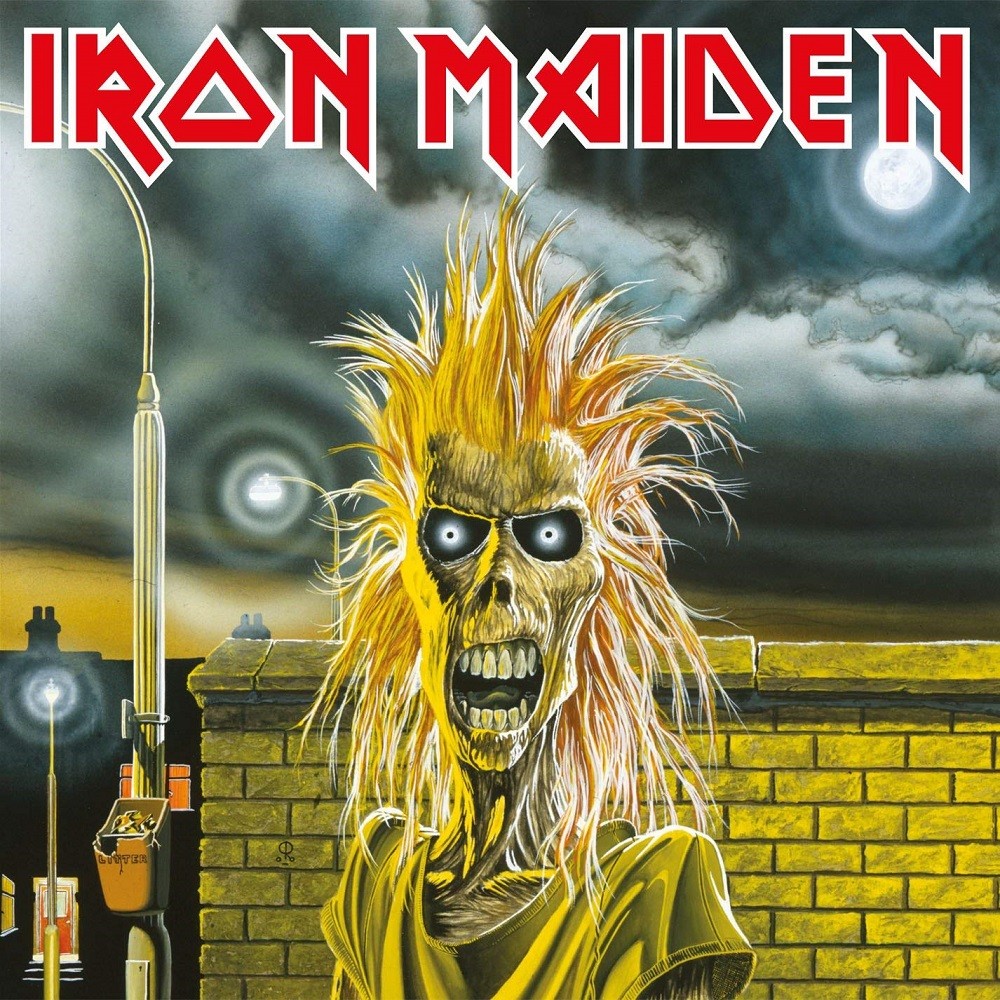 Early 1980 I had just turned 18 and was mad into metal and heavy rock: Motörhead, Black Sabbath, Judas Priest, Thin Lizzy, UFO and Budgie to name but a few. The trouble was, these bands were great, but they were old guys - some were even in their thirties! Kids my age were all playing in punk rock bands and, I had to admit, those punks sure played with some fire and energy. Then the music press started buzzing about this young bunch of cockney upstarts playing heavy metal called Iron Maiden and my ears pricked up in interest. Meanwhile, I picked up a copy of the newly released Metal for Muthas and it was pretty obvious to everyone that Maiden were the stand out act on that compilation (although Angel Witch's Baphomet is fucking brilliant too) and their two tracks, Wrathchild and Sanctuary, were snarly and aggressive calls to arms. Then came the single Running Free which was a bit different to the tracks on MfM and had a bounce to it that made headbanging a cinch!

Anyway, fast forward to spring and Maiden's self-titled debut hit our local Woolies and off I go to procure a copy. The first thing that confronted the prospective purchaser of said wax disc was the intense stare, rictus snarl and punk haircut of "Eddie the 'Ed" daring us to buy this album or be a pussy and stick with KISS or Foreigner! Needless to say, I was all in and handed over my quid seventy-five or whatever it was back then and headed off home with no shortage of anticipation to hear exactly what Chris Welch and Malcolm Dome were making all that fuss about in the music weeklies.

So, needle hits vinyl and

Next up and closing side one is one of the album's real highlights, Phantom of the Opera. Which already showed that Maiden had a bit more in their songwriting arsenal than the vast majority of bands sheltering under the NWOBHM umbrella, with Steve Harris in particular wanting to pursue a more epic and complex route than was the lot for most metal bands of the time and although Phantom is no Rime of the Ancient Mariner or even Hallowed Be Thy Name it is still a brilliant piece of nascent progressive heavy metal that doesn't trade complexity for heaviness, but keeps both intact and serves as one indicator as to why Maiden succeeded where so many others failed.

The instrumental Transylvania opens side two and allows the guitarists to showcase their skills with more of their soon-to-become trademark incendiary soloing, Harris' bass throbbing along underneath and Clive Burr setting the tempo with his fantastic, on-the-mark drumming skills. Transylvania subsides into the gentle intro to another somewhat atypical NWOBHM track, Strange World, where we actually get a kind of vulnerable, touchy-feely lyric and atmosphere that most metal acts would never even contemplate at that time. At this point Maiden ramp up the pace and aggression once more and are introduced to one of Harris' enduring lyrical characters, Charlotte the Harlot of 22 Acacia Avenue fame. Although the middle section and it's attempt at pathos is a little bit of a misstep for me, the track is otherwise heavy metal heaven. Rounding off pretty much as we started with a snotty-sounding, snarling piece of metal ass-kickery Iron Maiden firmly plant their flag in the ground.

Obviously the band later went on to dominate the world of metal, at least for a while after Di'Anno was replaced by Bruce, but I think it is testament to Di'Anno's performances and vocal style that the two albums he performed on are still massive fan favourites and, in truth, I have never heard tracks from the first two albums performed better by Bruce than they were by Paul, although, to be fair, he may well have conversely struggled with tracks that Bruce featured on. So, while Iron Maiden at the point of their first album were still on a journey rather than having arrived at  a destination, there can surely be no arguing that it was a trip well worth any fan tagging along on. To call the album the birth of a heavy metal legend is no hyperbole and is a defining moment in metal history.

Timing in everything when it comes to music. Heavy metal, the genre created by bands like Black Sabbath and Led Zeppelin, was already starting to stagnate by the end of the 70's, with a lot of the genres leaders already burning themselves out. Thankfully, in 1980, Iron Maiden unleashed their debut album, taking the flag and running with a new subgenre known as the 'new wave of British heavy metal', or NWOBHM for short, and giving the metal world a kick up its own ass, as it prepared for a whole new level of global domination.

Combining elements of heavy metal with 70's punk, Iron Maiden's self-titled debut is a ball of raw energy, with its gritty production and its unpolished songwriting, this is an album where no punches are pulled. It's rough, it's dirty and there's certainly room for the band to mature, but there's just a charm and importance about the album that makes it stand out. I mean, it's Iron bloody Maiden for Christ's sake!

However, all praise aside, let's get to the nitty gritty of the review. The music is fun, catchy and full of life, but there's nothing truly outstanding jumping out at me. Each track is good, but lacks that extra something that leaves me feeling like I've just listened to a masterpiece.

Musically the band are pretty tight. Guitarists Dave Murray and Dennis Stratton display a chemistry other bands at the time were lacking, and Steve Harris' fast-paced, galloping bass playing instantly sets him apart from other bassists from that era. Vocalist Paul Di'Anno, who would only appear on one other Maiden record before being replaced with the beast that is Bruce Dickinson, may not have the widest vocal range or the most powerful voice, but he makes use of what he has, and it fits the stripped down, almost punk-esque feel of the album.

While the London five-piece would certainly go on to release more ambitious albums (and take over the world, pretty much), 'Iron Maiden' itself can only really be considered a "good" album. 'Prowler', 'Running Free', 'Transylvania' and 'Phantom of the Opera' are all reasons to get this album. But the truth is, realistically, Iron Maiden will go on to release some of the greatest metal albums of all time, and pretty much all the later material makes this album seem a bit dated and obsolete now.

It's good, and it has stood the test of time well, but I'd still only class it as "good". A worthy addition to the collection.

I prefer Di’anno era Maiden to a lot of the Dickinson era if I am honest.  Don’t get me wrong, I don’t dislike Dickinson as a vocalist but I believe that the first two Iron Maiden Records capture a raw energy of a young band about to leave an obvious and indelible mark on music as whole let alone heavy metal as a genre and Di’anno’s vocals fit this aesthetic perfectly.

My main criticism of the debut seems perhaps harsh or paltry but still has stuck with me since my first listen some 27 years ago and that is the arrangement of the record is a little off for me. ‘Remember Tomorrow’ (great track though it is) sits too early in the track order for me and would a great track for the latter half (or side b if we are going old school) of the record although this would then endanger the impact of ‘Strange World’.

My OCD aside I simply love the content on this record and my only real regret is that I wasn’t around in 1980 to experience the release at the time (I was 4 when this came out).  There’s literally 8 memorable and well written tracks here with a feel of real grit to them.  Whether it is the grim characters referenced (Phantom Of the Opera, Charlotte the Harlot) or the tangible menace of tracks like ‘Prowler’ or the title track, the sense of threat remains a virtual constant that only gets tempered by the occasional dreamy if not creepy verse of the albums more looming parts.