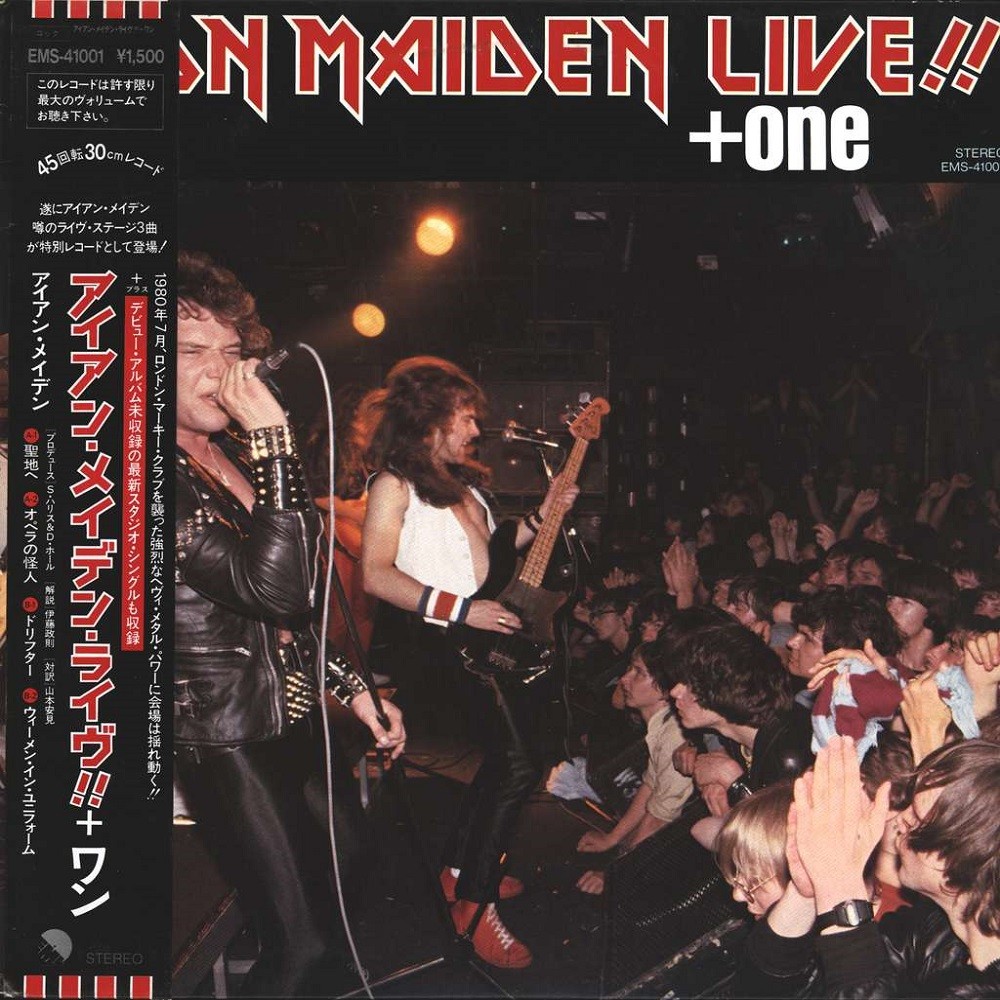 Iron Maiden's "Live!! +one" E.P. was originally only released in Japan in November 1980 but it was later expanded for a Greek release in 1984. It features three live tracks (fan favourites “Sanctuary” & “Phantom Of The Opera” as well as “Drifter” from their as-yet un-recorded follow-up record “Killers”) which were recorded at the Marquee Club on 4th July 1980 plus the studio version of Maiden's cover of Skyhooks' “Women In Uniform” which had only recently received it's own single release. It’s not the best Maiden live recording you’ll find as it does sound a little bootleg-ish at times. Some of the sloppy lead work from Dennis Stratton is also a concern however it’s still early Maiden & they were a powerful & energetic live act at the time so you can easily overlook the flaws. Of the live material I think “Sanctuary” sounds a little better in a live environment so I enjoy it more than the studio version even though I've never been much of a fan of it's punky hard rock feel. “Phantom Of The Opera” misses the production of its studio counterpart which leaves it falling short of the classic album version but the high quality song-writing & composition still make it a highlight regardless. “Drifter” features a long drawn-out outro with a call-&-response audience participation section that mimics The Police’s “Walking On The Moon” & it’s a pretty fun listen even though it could definitely have been trimmed to keep its runtime more palatable. There's no question that it’s a good live song though & this version easily manages to do its studio counterpart justice. The tacked-on studio number “Women In Uniform” is an up-tempo & energetic number that’s been totally Maidenized with galloping rhythms & harmonized guitar lines. It's inclusion seems to be a largely redundant given the song's availability elsewhere however the hooky chorus really digs it’s teeth in & Paul’s vocal performance is excellent. Overall I find "Live!! +one" to be a pretty decent if inessential live release which is generally enjoyable without commanding regular revisits.