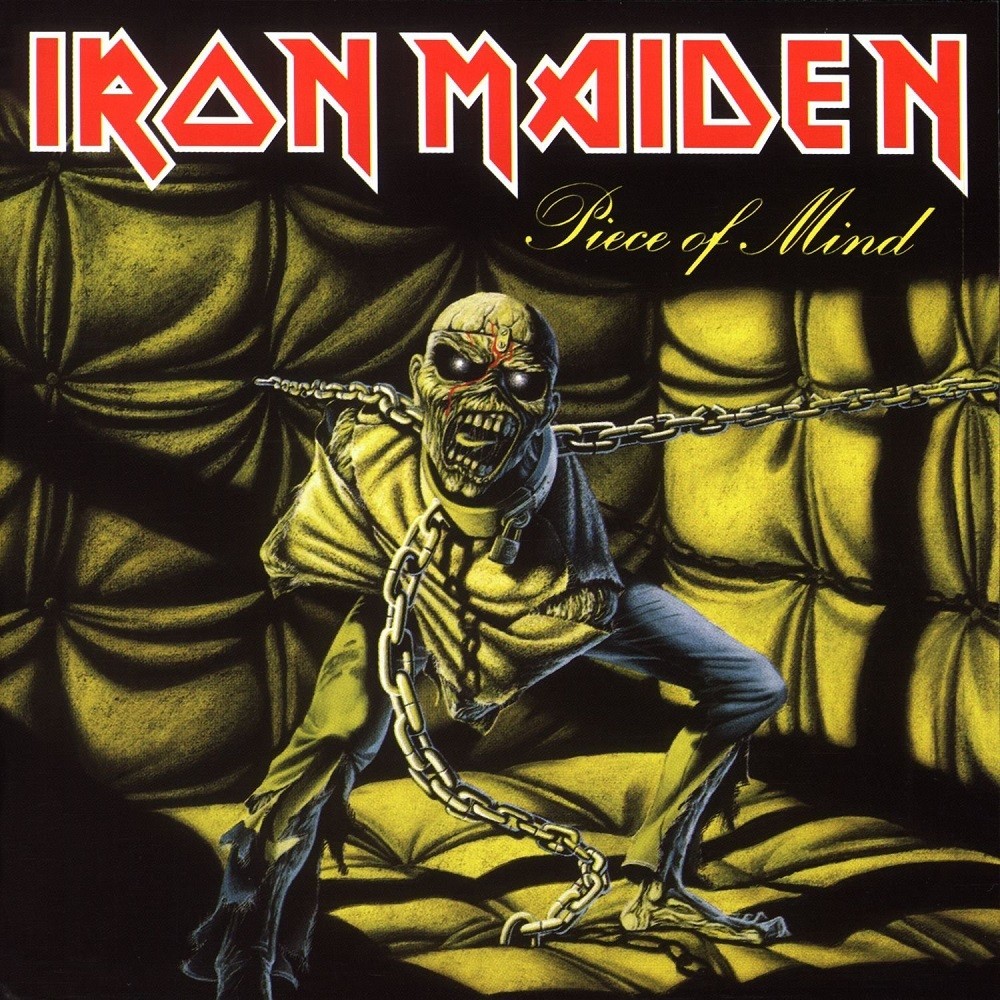 I've let it be known before that I preferred the rawness that Paul Di'Anno brought to Maiden's sound over the more polished vocal histrionics of Bruce Dickinson, because I just prefer that almost punky, aggressive style. There's no denying, though, that the switch from Di'Anno to Dickinson made Maiden far more palatable to the music press and, consequently, far more popular amongst the young fans who were getting turned onto metal (in England anyway) at this time. Number of the Beast was a decent record with a couple of excellent tracks that was symptomatic of a band forging a new direction and still finding their feet, but despite this it sold massively and catapulted Maiden to the top of the metal tree. The follow up may, therefore, have been problematic, but Steve Harris and co. ironed-out (sorry!) the uneveness of NotB and turned in my favourite post Di'Anno Maiden album, Piece of Mind. Some real classics here, Revelations, Die With Your Boots On and the awesome gallop of the Charge of the Light Brigade-themed The Trooper are all firm favourites. In fact, the first six tracks are one of the best sequences of songs I've heard on a heavy metal album. Even the three final, supposedly lesser, tracks with their fantastical 1,000,000 Years BC-style lyrics are very good songs. With this and the subsequent Powerslave, for me, Maiden hit the high water mark of the Bruce era and sadly were never this good again.

Following the hit and miss nature of their third full length, Maiden stepped up their game on album number four.  Possibly Dickinson knew the band better and the band knew him better or the stars aligned during the songwriting process this time around and the duds (almost) didn’t surface this time around.  Or maybe it was the arrival of Nicko on drums that caused the gear change.

There’s lots here to surmise that this was a band starting to mature some.  The musicality and general fire of the lead work seems so much more obvious and refined on ‘Piece Of Mind’.  There’s a sense of cohesion and a feel for flair now and again that really doesn’t seem as prevalent on previous outings.  Structure wise the album is much more consistent, arguably not dipping until the final third of the release but never quite suffering the grot of the tracks that get the sharp end of my tongue on my review of ‘Number of the Beast’.

I can’t quite decide whether or not I get on with ‘Quest for Fire’ and ‘Sun and Steel’?  Both are much more basic in terms of the songwriting in comparison to the rest of the album but they do still hold some appeal that keeps my finger of the skip button although they lack any of the dynamic of ‘Flight of Icarus’ or ‘The Trooper’ for example.

As I have gotten older the less spoken of tracks such as ‘Revelations’ and the sometimes maligned ‘Still Life’ have gained more traction in my listens to the album and so as a result ‘Piece Of Mind’ is an album that still feels like it is giving me things some 36 years after it was released.