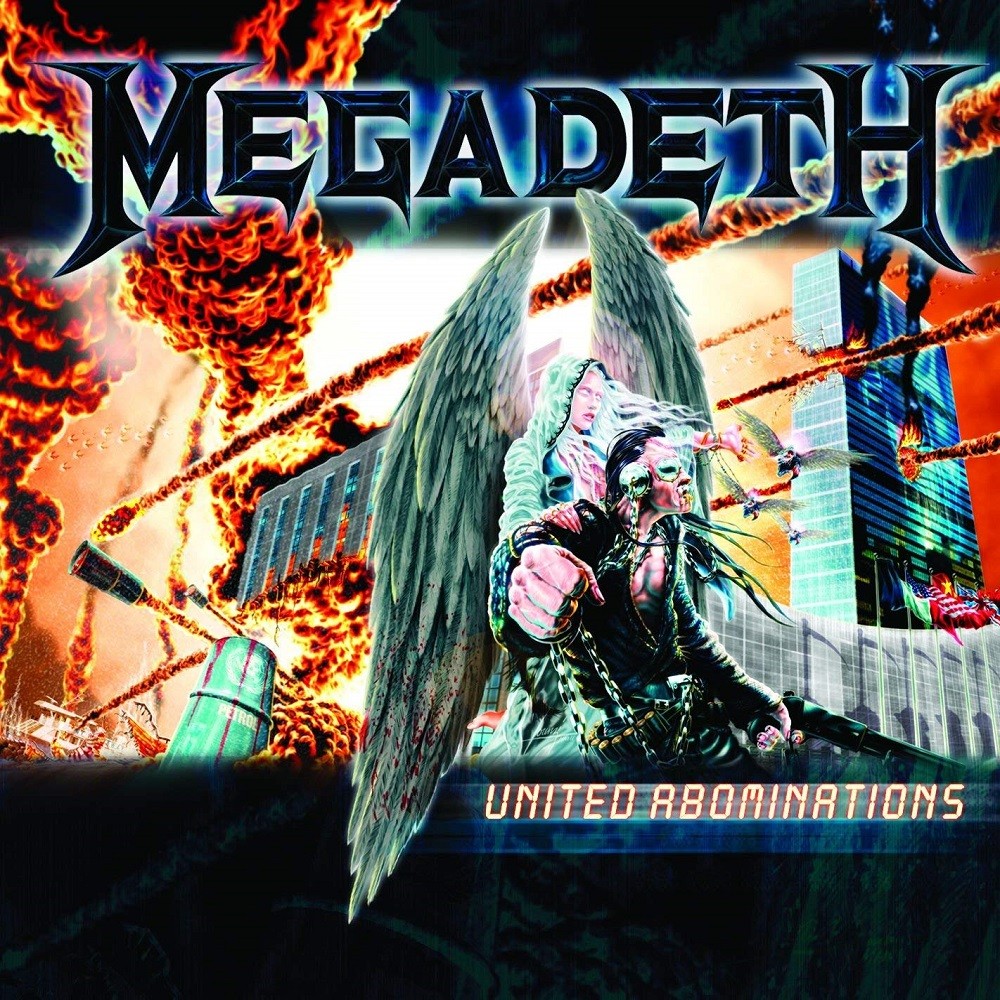 2004’s “The System Has Failed” was a step in the right direction for Megadeth. It saw the band actively concentrating on a more heavy metal oriented direction rather than the cheesy pop metal material that had plagued the previous couple of albums & it featured a decidedly heavier production to match. Former lead guitarist Chris Poland had returned to contribute some solos which was also of great interest to me personally. Unfortunately the quality of the song-writing was still too inconsistent to make the album a rewarding experience. It felt like a bit of a chore to sift through all of the filler in order to find the hidden gems & Chris’ contributions were surprisingly a bit of a disappointment given the quality of his performances on the first two Megadeth albums. Although “The System Has Failed” avoided the global panning that it’s two predecessors received it also failed to instil much confidence in future releases.

2007’s “United Abominations” may have featured an all-new lineup but it was immediately obvious that the plan had stayed pretty much the same. It’s a pretty similar sort of record with a few notable enhancements. Firstly the production has been improved & it really allows the songs the chance to shine. There's also slightly less of the more commercially driven material that was hanging around on “The System Has Failed” & the album is a bit heavier overall. Guitar solos had been given more & more time over the previous couple of albums & that trend had continued with new guitarist Glen Drover’s lead work being the highlight of the album for mine. His tone is sensational & he takes a really flashy approach that I find quite exciting. Particularly towards the end of the album. The new rhythm section of James LoMenzo & Shawn Drover do a very solid job & are helped out by the lovely sounding production. Dave Mustaine’s riffing gives more than the odd hint towards his thrash metal heyday & he also gives us a pretty standard post-1990 vocal delivery that gets the job done without ever touching the angst-ridden aggression of his 80’s material.

There are still some weaker tracks here but I find “United Abominations” to be a bit more consistent than the previous four albums. The second half of the record is particularly solid. Surprisingly Dave decided it would be a good idea to re-record “A tout le monde” (which was my favourite track from his 1994’s “Youthanasia” album) with the addition of Lacuna Coil vocalist Cristina Scabbia. The concept had sellout written all over it but I have to admit that the result reminds me of just why I loved the original & I ended up finding it to be one of my album highlights (along with the aggressive “You’re Dead”). Thrashy opener “Sleepwalker” & shredding closer “Burnt Ice” are also pretty impressive. Where “United Abominations” is let down a little bit though is in the first half with tracks like “Gears Of War” & the title track sounding pretty flat & lacking memorability.

“United Abominations” is a long way from perfect but it certainly exceeded my expectations for a modern day Megadeth album. Not only can it can be seen as a further step in the right direction but it is genuinely worth a listen. Strangely it seems to be a little underrated so I encourage you to make the decision for yourself.