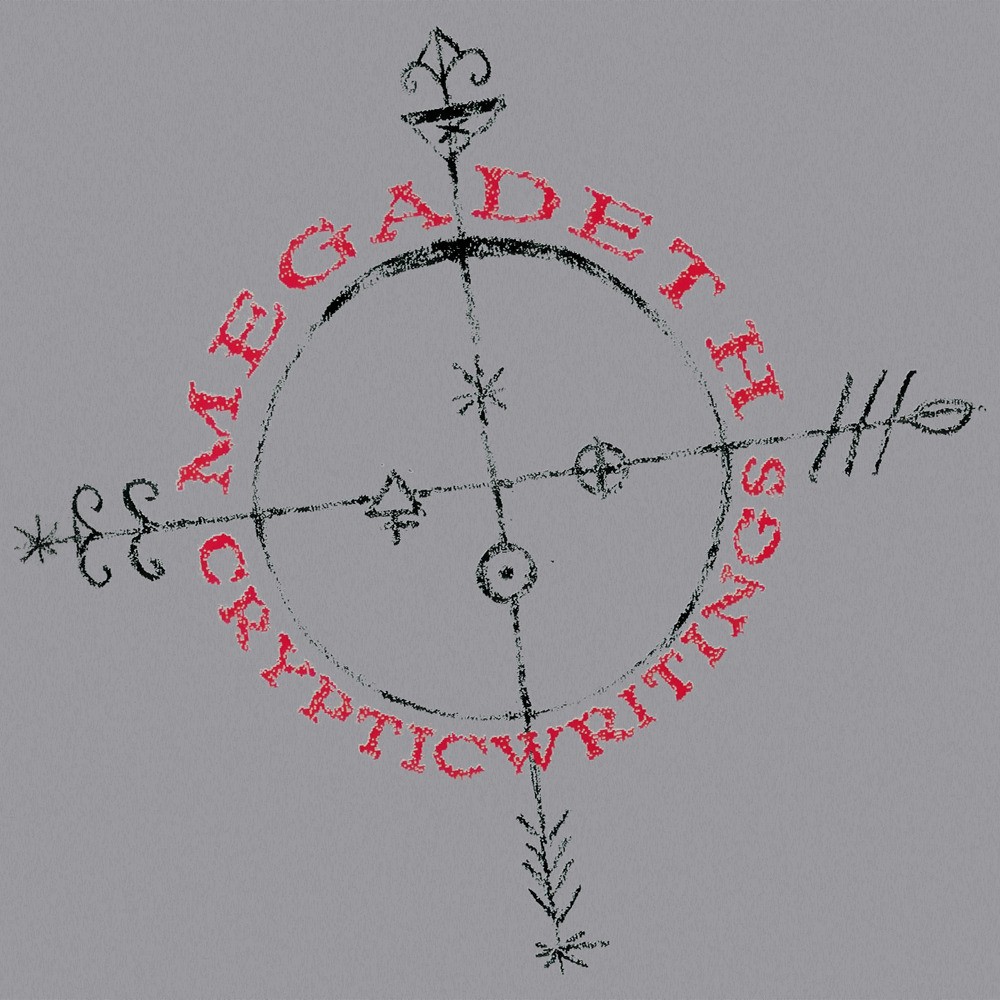 Megadeth’s 1995 release “Youthanasia” was not initially something that appealed to me. I’d been a fan of the band since 1988 by that stage & it’s more simple & controlled blend of traditional heavy metal & pop melodies was a long way from the thrashy aggression of their earlier work. However with repeat listens I found it to be annoyingly consistent & particularly catchy. I ended up giving it more than a few spins but by the time “Cryptic Writings” was released in 1997 I’d lost interest in Megadeth & let it pass by without raising an eyebrow. Given that I’ve recently been enjoying some of my old Megadeth albums I thought I’d sift through their post-1995 material (if only for the sake of completism).

“Cryptic Writings” is not a major side step from the sound the band had been honing on both “Youthanasia” & “Countdown To Extinction”. There’s again a strong emphasis on song-writing & melody with traditional song structures & radio-friendly track lengths. The production is perhaps not as clinical but the overall goal seems to have been similar. What differentiates “Cryptic Writings” though is that it’s a bit more varied than “Youthanasia” was. The band have taken a few calculated risks & thrown in the odd curve ball which is in direct contract to the approach on “Youthanasia” which was heavily focused on a consistent sound. Marty Friedman’s guitar solos have been toned down a bit which I’m not too keen on. I’d much rather hear him play the more expansive & exotic style he’s known for.

There are a couple of tracks that are more aggressive than anything we’d heard from the band on the previous couple of albums. “The Disintegrators”  is quite thrashy & reminds me of some of the material on "Killing Is My Business... & Business Is Good!" while “FFF” is pure snotty punk rock. Unfortunately neither of these tracks come close to the standard of the band’s classic material. In fact they’re probably the weakest tracks on the album in my opinion along with “Have Cool, Will Travel” & its obscure harmonica solos. But it’s not all doom & gloom. There are a few really decent songs included as well. The hit single“Trust” is probably the best of them & you’ll find yourself singing the chorus for a couple of days after you hear it. "Mastermind", “Sin” & “She-Wolf” are also very solid & would compete very well against the material from "Youthanasia".

The problem here is inconsistency. “Cryptic Writings” doesn’t gel as an album for mine. It lacks focus & the quality of the material is hit & miss which prevents the songs from working together as a cohesive unit. The highlights are cancelled out by some particularly weak tracks & the rest is simply not as good as we’d come to expect from Dave Mustaine & his men. Even though I greatly prefer the band’s thrash metal material I would certainly have appreciated another bunch of catchy songs in the vein of the previous couple of albums but unfortunately “Cryptic Writings” doesn’t really deliver.