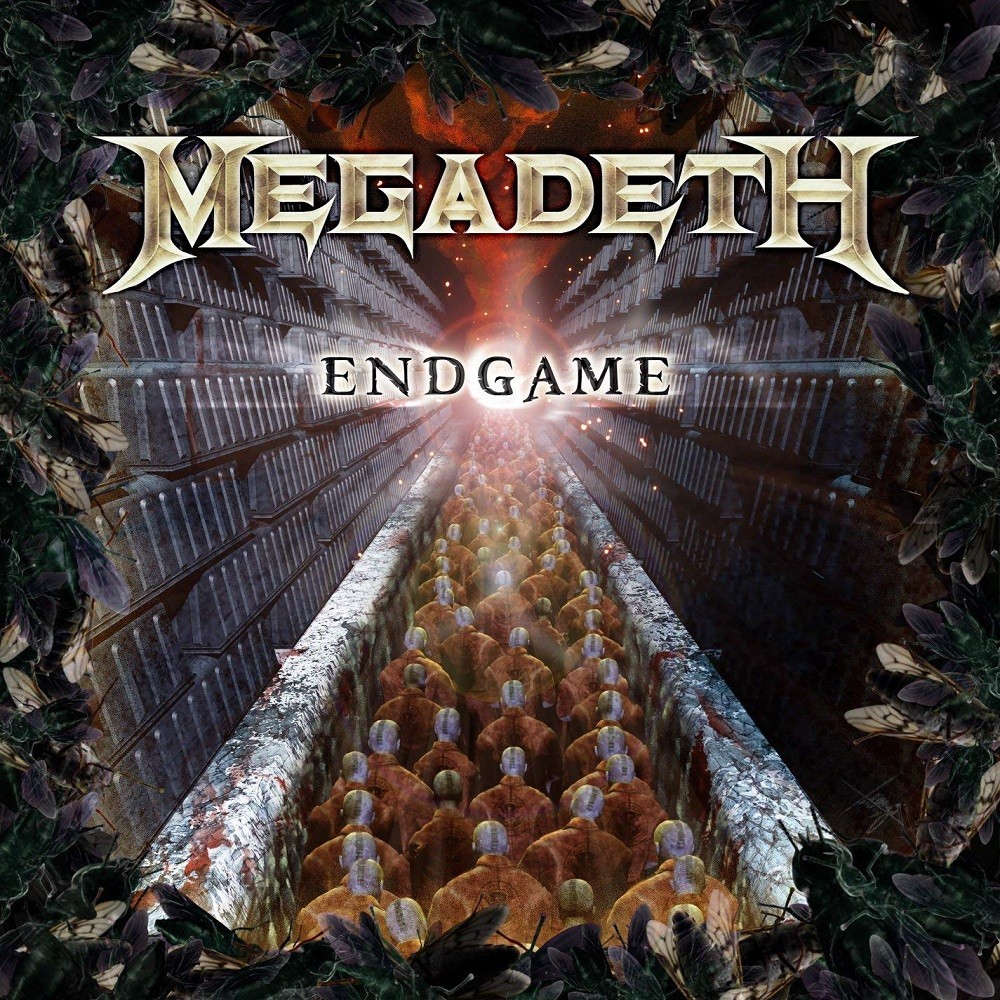 After a string of four subpar albums in succession I was happy to hear a noticeable improvement on Megadeth’s 2007 release “United Abominations”. Not only was it a bit more consistent than the previous records but it was also a little heavier. There were still a few flat songs here & there but the highlights were enough to pull me through & I was left with some optimism with regard to future releases. Yet more cause for optimism could be found in various reports that 2009’s follow-up album “Endgame” was the long sought-after return to form that fans had been waiting on. I often find that my opinions don't always match up with the common concensus so I reserved my judgement & sat down to my first listen with an open mind.

My first impression was that ”Endgame” is not drastically different from the last record.  In fact Megadeth haven’t made any huge changes to their sound since they bombed out completely with 1999’s appropriately named “Risk” album. Instead Dave Mustaine has chosen to make more subtle changes with each album so as to slowly improve on the weaknesses of the last. If you listen to each successive release from 2001’s “The World Needs A Hero” onwards you can hear the band getting slightly less commercial, a little bit heavier & a touch more consistent each time without ever losing focus on hooks & song-writing. It hasn’t always worked but that seems to have been the goal. Subsequently we’ve ended up with a faster & thrashier Megadeth than we’ve heard since 1990’s “Rust In Peace” but not one that sounds like they’ve made enormous alterations or taken substantial risks. The illustrious “thrash metal” label is not out place when describing “Endgame”. There are certainly a lot of thrashing riffs on offer but Mr Mustaine hasn’t let go of his commercial aspirations altogether just yet. You’ll still hear some fairly radio-friendly choruses on occasion but with a little more subtlety than we’ve seen in recent times.

I was very impressed with new lead guitarist Glen Drover’s performance on “United Abominations” so I was a little annoyed to find that he had then left the band before the recording of “Endgame”. However I needn’t have worried too much because Dave then recruited former Jag Panzer guitarist Chris Broderick & he shows that he really has some amazing chops. I’m not sure I enjoy his solos as much as Drover’s (or other Megadeth guitarists of the past like Marty Friedman & Chris Poland for that matter) as he can sound a little over-clinical & mechanical but that’s not a big complaint as I still find plenty to enjoy in Chris’ display of virtuosity. Dave’s riffs have rarely been as aggressive in recent years & the production is very solid as expected. So really all of the ingredients are there for a classic Megadeth album. The only question is in the quality of the songs.

As far as overall consistency goes “Endgame” is probably as solid an album as Megadeth have recorded since “Countdown To Extinction”. There aren’t any real clangers amongst this lot. But having said that there probably aren’t any bona fide Megadeth classics included either. The title track is my personal favourite & it’s unquestionably some high quality metal. The other songs are generally entertaining but seem to fall a touch short of the top shelf without really having too much wrong with them. I quite enjoy instrumental opener "Dialectic Chaos", thrashier numbers like "This Day We Fight!", "1,320'" &"Bite The Hand", the catchy hooks of "Bodies" & the very power ballad-ish "The Hardest Part Of Letting Go... Sealed With A Kiss" but they're also unlikely to change my life. The last three songs in particular feel a bit flat to me. So does “44 Minutes” which sounds quite a bit like a subpar track from the band's mid-90's period.

Overall I’m not sure “Endgame” is quite the muscle-flexing return to form that Megadeth’s fan base were crying out for but it’s definitely another step in the right direction. If Dave could keep this sound together & do a bit more work on the hooks & song-writing then something more special may be just around the corner. There’s not much in it but I think I probably prefer the underrated “United Abominations” just slightly over this one. It had a couple of tracks that were weaker than anything on “Endgame” but it also had more highlights to draw me in. Regardless it’s nice to feel like Megadeth are worth listening to again.