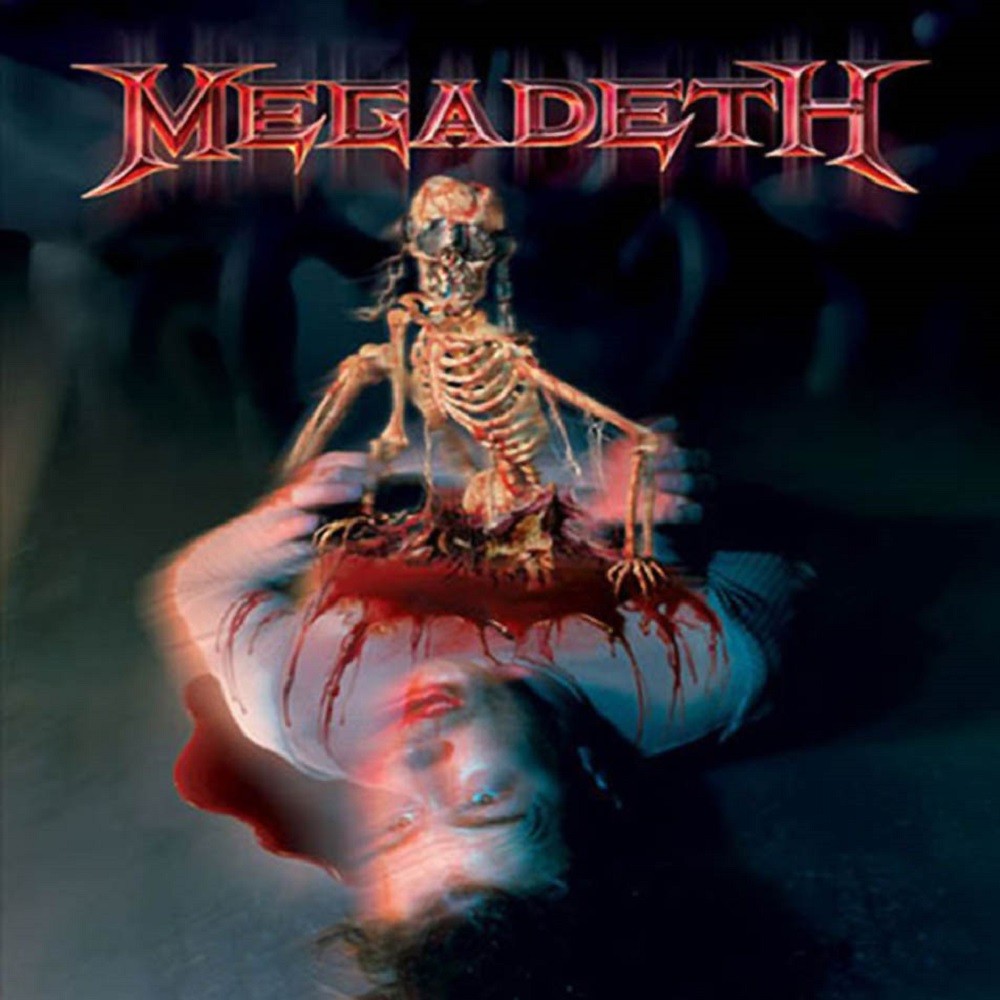 1999’s “Risk” was unanimously regarded as a complete failure for Megadeth. 1997’s “Cryptic Writings” had started the alarm bells ringing but “Risk” well & truly justified those fears. It did include a few decent tracks that seemed to indicate that the band still had the ability to write a catchy song or two but the obvious attempts to tap into a more commercial market were a huge turnoff & the quality control seemed to have been pushed to one side for the time being. So it’s fair to say that my hopes for a turnaround with 2001’s “The World Needs A Hero” were not exactly high. Honestly I was just hoping for a return of the more tried & true heavy metal sound they’d been so successful with in the early to mid 90’s & that’s pretty much what they’ve tried to achieve here. Unfortunately I think it’s fair to say that the results are very mixed.

It becomes clear pretty quickly that the Megadeth we are hearing on “The World Needs A Hero” is one that is regretting the approach they took with their last album & the return to a heavier sound was certainly not unwelcome. Don’t get me wrong. There are still plenty of more commercially focused moments on this album but it’s clear that Megadeth were committed to using a predominantly heavy metal toolkit on this occasion. The album also features a more extensive use of guitar solos than we’ve heard on the previous couple of releases. I’ve always felt that the solos were an important part of the Megadeth arsenal & I’d been missing them a bit of late. The examples on display here are not quite as impressive as those we’ve heard from guys like Chris Poland or Marty Friedman over the years but they’re undoubtedly a step in the right direction.

The album gets off to a horrible start with the opening three tracks all falling well below the mark. In fact if you look at the album as a whole the amount of overall quality song-writing is very similar to “Risk”. There’s really only a few decent tracks here. “Recipe For Hate…Warhorse” is my personal favourite. The second half of this track is probably the closest Megadeth have come to their classic sound in many years. I also find “1000 Times Goodbye” & “Burning Bridges” to be pretty catchy & enjoyable. There is very little to be said for the rest though. “Promises” is arguably the worst track the band had recorded to that time while “Silent Scorn”, “Moto Psycho” & “The World Needs A Hero” are not much better. “Return To Hangar” is nothing more than an attempt to rehash past glories & the nine minute closer “When” is one of the most blatant rip-offs I’ve ever heard. It seems that the band have consciously tried to copy Diamond Head’s “Am I Evil?” to such an extent that it is easily apparent to even the most casual of metal fans.

While “The World Needs A Hero” might have sounded good in theory it’s execution was very ordinary & it has ended up being just as unsuccessful as its predecessor. I probably favour this one just slightly over “Risk” but there’s not much in it. These two albums seriously affected the interest the global metal market showed in Megadeth over the next couple of releases but on the positive side of things they could only improve.