Update dump to end out the year:

Devil's Reef - A Whisper From the Cosmos

Creeping Death - The Edge of Existence

Former Cannibal Corpse frontman Chris Barnes seems to cop an awful lot of flack on social media & not without due cause either because the dude is clearly an ignorant, immature, uneducated dickhead. There's really no question about that. But do his band Six Feet Under really deserve to be labelled as one of the worst death metal bands of all time? Hhhmmmm.... if you trust the general consensus on some of his more recent releases then you would have to think so, wouldn't you? Well after seeing him inexplicably posting a very embarrassing & concerning selfie of him holding a gun on Facebook this week I decided  to see if the band's poor reputation was warranted or not so I reached for Six Feet Under's most universally ridiculed release in 2016's "Graveyard Classics IV: The Number of the Priest" (a collection of eleven Judas Priest & Iron Maiden cover versions) to see what all the fuss was about.

The first thing you'll notice with this record is that there's been very little attempt to vary the instrumental approach from the originals. The session musicians Chris has recruited for the project are all more than competent (particularly the shredding lead guitarist) & in truth they pull off some pretty decent replications of these heavy metal classics but I have to question what the point of it all is if you're not going to give it your own slant. The production job is somewhat confusing too in that it seems to consciously steer the guitars to the back of the mix which makes the whole thing sound a lot like a karaoke version of these tracks. The rhythm section generally tend to dominate the guitars which is hardly what these great metal tunes are all about but I suspect the reason for this is to ensure that Chris' monotonous death growls are highlighted as the focal point at all times. That's a real shame because Chris' vocals don't suit the vast majority of these tracks in any way, shape or form. In fact, he really does manage to butcher tracks like "Invader", "Never Satisfied", "Flash Of The Blade" & "The Evil That Men Do" where the higher register vocal melodies were a major drawcard for the originals. He's a lot more successful on the more rocking tracks (the Paul Dianno-fronted Maiden tracks for example) but I'd suggest that only Judas Priest's "Genocide" reaches any sort of consistent level of enjoyment. Chris sounds completely disinterested a lot of the time to be honest, kinda like he's phoned this recording in simply to fulfill a label obligation & it's this reason that the album is so universally panned.

In saying all that though, I can't help but get some form of enjoyment out of the instrumental aspects of the album as I've grown up with these songs from such a young age. I even have to admit that I quite enjoy the version of "Genocide" I mentioned earlier & find it to be a pretty decent example of the death 'n' roll subgenre. Unfortunately though, it's impossible to deny the big elephant in the room & his filthy dreadlocks. I can't say that this record is anything like the 0.5/5 that almost all critics seem to tag it with because there are way worse bands out there that can't even play their instruments. I did have to have a good hard think about whether I could justify the score I've gone with though as this is a completely redundant & unnecessary release if I've ever heard one.

Well this was really interesting and a pleasant surprise. After the first few bars I thought we were in for another dissonant release of the kind I struggle with, but although this does dabble with dissonant elements, it has more going on than just that. Here Flourishing infuse their death metal with elements from outside of metal circles, post-punk and noise rock for example, and so provide, at least in my experience, a unique and refreshing take on extreme metal. The Sum of All Fossils is an album of contrasting textures, but that work together exceedingly well, be it the cloying and suffocating layers of their dissonant death metal, or the more expansive post-punk-inspired sections and the abrasiveness of the noise rock / post-hardcore passages. The transitions between these various textural contrasts are also handled masterfully. There was quite a few times when I was reminded of Akercocke's Words That Go Unspoken, Deeds That Go Undone album, particularly with how some of the transitions were handled.

The vocals feel a little buried at times, which isn't so much of a problem for the death growls (which often sound to be more of a black metal shriek), but the post-hardcore cleans sound a bit like they are fighting against the tide. The band's use of dissonance isn't especially overbearing, luckily for me as I find an excess of dissonance to be off-putting, but is tempered by the more melodic passages derived from the non-metal genres. Technically, it all sounds very much to my non-musician's ear like these guys know their way around their instruments and the songwriting is adventurous and exhilarating.

For me, this was a genuine revelation and although it isn't a perfect release for my particular sensibilities, it is one that has impressed me mightily and is definitely one I can see me revisiting in the future. An excellent choice for a monthly feature might I add, as I am guessing it is somewhat of an underground release that offers something a little different and is thoroughly deserving of greater exposure. 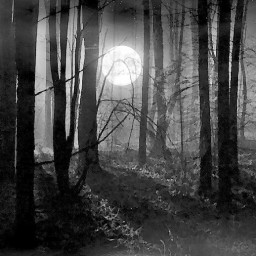 Death Metal: A Voyage of (Re-)Discovery
Daniel 4 days ago

I forgot to post this on the thread when I reviewed it recently, so here it is now:

OK, surprise, surprise Carnage are another death metal band whose existence I was completely oblivious to. It appears these Swedes had quite a short run, the band being formed by several members of Dismember who were joined by Michael Amott, future Arch Enemy mainman, originally playing grindcore. By the time of the release of their sole full-length, Dark Recollections, in March of 1990, they had lost their grindcore beginnings and produced an album of pretty lethal, out-and-out death metal. Now I have insufficient knowledge of the minutiae of death metal as to the differences between, say, the Floridian scene and the burgeoning Swedish scene (if someone could enlighten me then please do), but I can only assume this played a significant part in the latter (along with Entombed's imminent Left Hand Path debut album).

I love the guitar tone here, it's down and dirty enough but still has plenty of bite and the bass fortifies the sound as it seems to be prominently placed in the mix. Fred Estby's drum work, whilst being quite straightforward, is exceedingly effective and vocalist Matti Kärki has a great line in earnest bellowing. I have seen a number of complaints that this is merely generic death metal. Well, I disagree. There are some really nice riffs here and the lead work is rough but energetic, but more importantly, how can a death metal album that is one of the early examples, particularly of the Swedish scene, be generic? Surely the later albums these commentators are basing this judgement on are the generic ones.

It is becoming increasingly obvious that I am much better disposed to early death metal than the later, more technical or dissonant stuff that garners so much praise and this is a great example of youthful exuberance (the musicians were all in their teens still) made manifest. Sure it doesn't have the really memorable tracks of an Altars of Madness or any of the other releases from the big noises in the death metal scene of the time, but it does brutalise and batter with a relentless onslaught of dark and violent metal. And there is nothing at all wrong with that.
4/5

I always really enjoyed this one. It's a very strong example of its type in my opinion.

Chile continues to deliver with some excellent Death Metal that leans towards the progressive side of things, exactly how I like it. Very close to being a perfect example of the kind of Death Metal I'm most interested in, but the riffs and percussion lacks some punch from the mixing and production sometimes. Definitely interested in checking out their 2012 and 2008 albums as well, these guys might be one hell of a hidden gem.