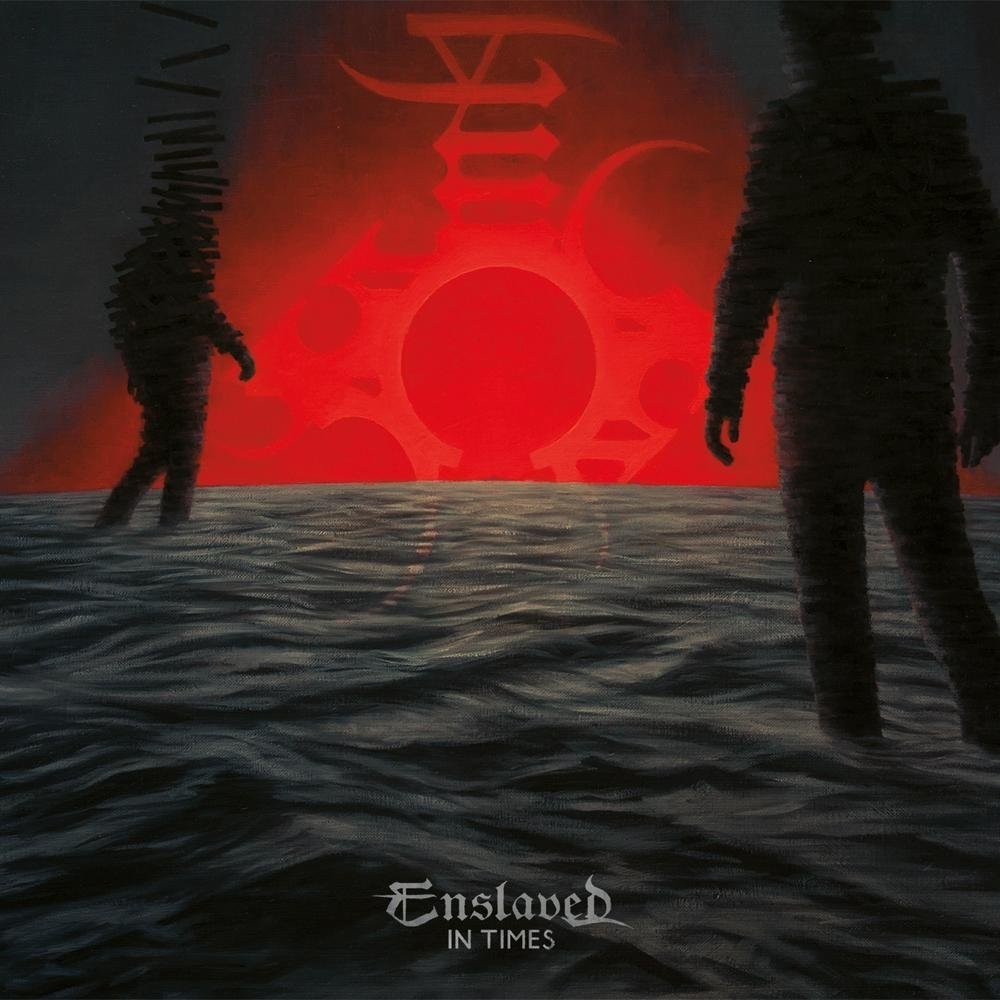 Enslaved's strictly Infinite era before this album was quite an era for me to get to really know Enslaved. First was the not so different but still exciting Vertebrae, then the great but not super awesome (because I was reviewing the album when I wasn't ready for the band) Axioma Ethica Odini, and finally the perfect RIITIIR (showing there's more than just that one epic song). So what would this next album bring?

The greatness of Enslaved still hasn't been wiped away from their hands. Their recorded output is still reaching progressive heights. This album In Times once again continues this modern extreme band's progressive ascension!

"Thurisaz Dreaming" immediately attacks with a black metal bludgeon from the past before the progressive dynamics and clean vocals of the present halt the assault. With a hypnotic groove in a melodic section, you can kinda think of those moments as Dream Theater gone Turisas with Enslaved's usual progressive black metal. Reminding us of Isa perfectly is "Building With Fire". Same with "One Thousand Years of Rain" where the extreme metal influences from Gorguts and Opeth borders on hard rock.

"Nauthir Bleeding" has the most adventurous diversity. It mixes both fury and atmosphere, helped out by a dissonant midsection of synth apocalypse. The title track epic has a similar mix, where one of the most meditative sections ever made by the band explodes into a black metal frenzy of screams, blasts, and tremolos.

The greatest highlight of the album is the closing "Daylight". After epic extreme mid-paced guitar riffing goes on for a few minutes, there's a long post-ish passage where vocals soar over celestial imagery. An effective amount of minimalistic keyboards is used before epic guitar soloing, thus making one of the most astonishing moments in the album and of the band's career. Then just as it quiets down and you think it's the end, the heavy riffing returns and continues until it's really over and you just hear rain.

You can't do anything about the people accusing Enslaved of being a soft sellout, but scr*w those purists and embrace the progressiveness. In Times needs immersion, so enjoy the beauty of this nihilistic work of art!

Continuing on from where previous album RIITIIR left off, Enslaved cement their position as the premier progressive extreme metal band, occupying the throne vacated by Opeth when Mikael Akerfeldt left the world of extreme metal behind. The "trve" black metal afficianados may scoff, but Enslaved have always had more to offer than just blastbeats and demonic screams and in the last decade their albums have evolved beyond the restrictions of a single genre. Don't get me wrong, Enslaved were a great Black / Viking Metal  band, but now are so much more and, for me, probably the greatest metal band active today. This album is, as always, technically brilliant and the songwriting is complex and satisfying but still maintains the heaviness required for any top drawer metal release.