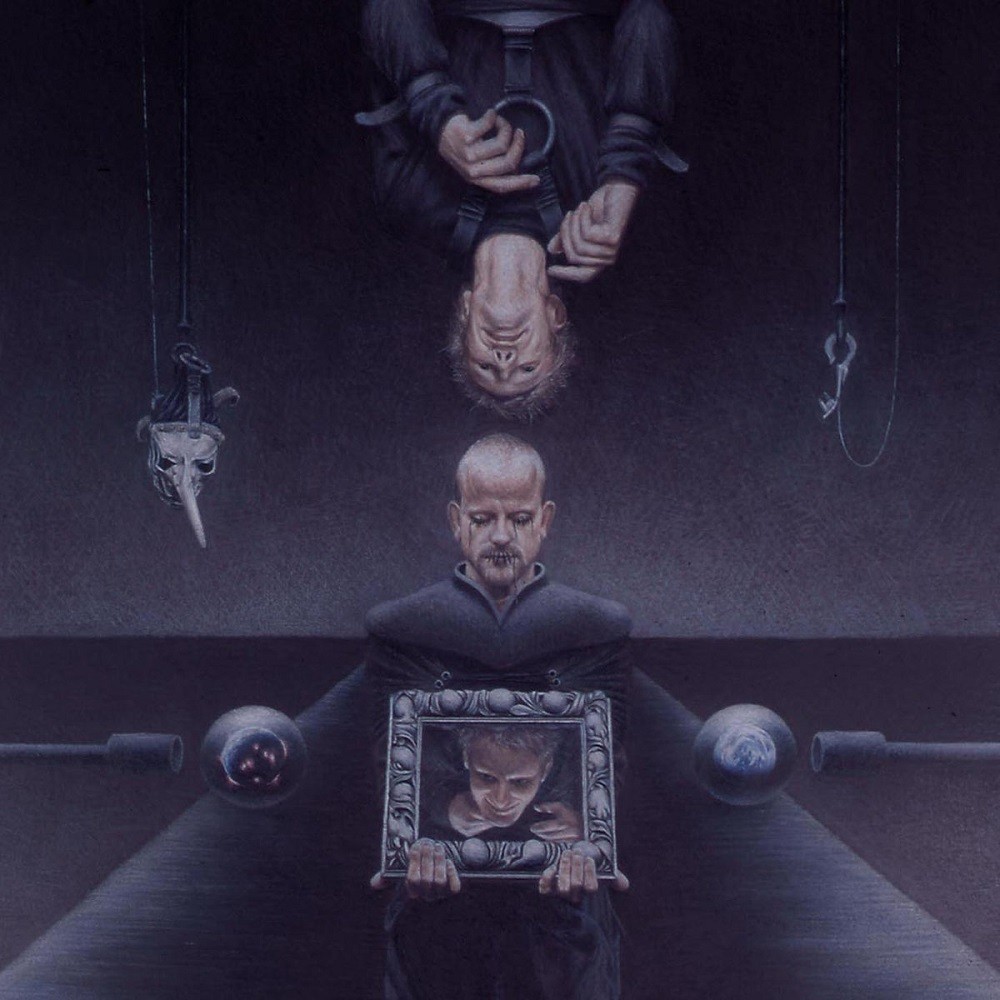 How would you consider Mardraum's younger sibling? Some call it mature, others call it contentious. This battle of opinions has caused a greater division for Monumension than any other album from a Norwegian band. Of course, many of those opinions are misconceived inaccuracies. Monumension has some Pink Floydian background, but with the lack of some of their usual Viking metal riffing, does it make Enslaved a weak sellout? NO!! What kind of a** would come up with a conclusion that 70s psychedelic rock is too mainstream for a band that is keeping their extreme?! Pink Floyd might've been a record-selling stadium-flowing machine in their large career, but if you can try looking up charts with everyday radio music sh*t and see if there are any psychedelic rock bands in there, what would be the result? NO F***ING CHANCE!!!

So why be hostile over Enslaved taking influence from a band that had their shining star two or three decades before this album? Pink Floyd was known as a legendary band with their music being importantly original. While I don't listen to 60s/70s psychedelia, their heavy amount of praise from fans and critics can shove the criticism up those haters' a***s. An album having "lack of metal" is not a fact, just a false opinion. Monumension is still largely heavy in many songs, with the quieter parts taking a moment to breathe and unleash their imagination (*shines rainbow over head*) for a captivating experience. With all that fanbase division, there's no chance for Monumension to be what all would think is a consistent masterpiece, but just because of delusional misunderstanding is no reason to put that album down. I say the Floyd-like dreamscape taking over Enslaved is more along the lines of Tiamat's excellent Wildhoney than that album's sleep-inducing follow-up A Deeper Kind of Slumber.

"Convoys to Nothingness" starts with the Pink Floydian mellowness that carries over to the heavy part of the intro. Soon the black metal tremolos come in to prove those b****es and their sons wrong with both choked-up-like shrieks and death growls, the latter first heard in the previous album Mardraum. I definitely love "The Voices", a blackened thrash song that continues those shrieks along with ghostly melodies and an incredible bridge that morphs the song into psychedelic death metal. Another blackened death song is "Vision: Sphere of the Elements – A Monument Part II". (Wait... "PART II"?!? Where the f*** is "Part I"?! This is very unclear, guys!!)

The psychedelic clean highlight "Hollow Inside" has a creepily good voice describing the narrative. The guitars during this softer Pink Floyd-like track shows much more focused the band can be than Mardraum when it comes to oppression. The Sabbath-like sludgy doom of "The Cromlech Gate" is made more intense with the excellent growls. "Enemy I" continues the old-school black/death mix.

"Smirr" also keeps the black metal part of the band's fanbase around with straight-up blasting. That's one of my favorite tracks here, though it would be better with broader strokes. However, "The Sleep: Floating Diversity – A Monument Part III" is a little boring in the riffing (and I still don't know where the F***ING "PART I" IS!!!). The dissonant psychedelic sludge outro "Self-Zero" kinda makes up for that, I guess. Later CD versions would include a bonus epilogue track, "Sigmundskvadet" with tribal percussion alongside a Viking choir led by Trygve Mathiesen (who also did those haunting vocals in "Hollow Inside").

Despite the strange variation and resulting criticism, Monumension stays in its seams and it's more mighty and compelling than their previous 4 albums, worth buying and listening at first glance and chance. There would explore more of their sonic experimentation in the brilliant offering Below the Lights. The lyrics are less mythological while staying excellent. You really should check out this progressive black metal call to arms!

Favorites: "Convoys to Nothingness", "The Voices", "Hollow Inside", "The Cromlech Gate", "Smirr"