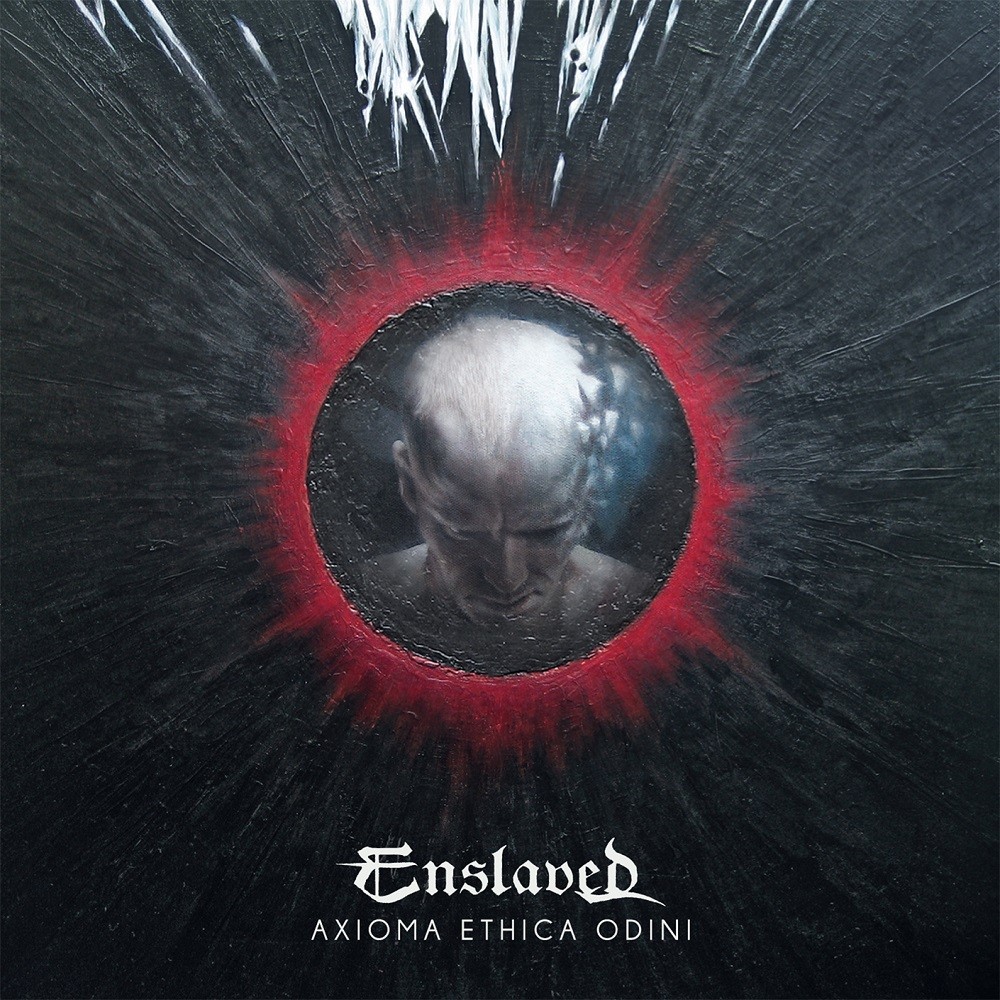 It's quite interesting to research Enslaved and find out more stuff from one of Norway's finest progressive black metal bands. Apparently, the band has been staying strong ever since their first album, which was recorded when they were teenagers long before becoming grown-ups performing for angry teenagers. And I was NOT one of those angry teens who love Satanic black metal, not even close! The members of Enslaved are like 45 years old now, and while some metallers their age would continue singing covers of Alice Cooper hits from their teen years, Enslaved continue their black metal sound and push it into a more progressive direction. This "progressive psychedelic black metal" sound has been found in all their albums since 2001's Monumension, and with that, they gained more worldwide recognition and a tour with Opeth.

It feels a little unfortunate for a metalhead who's trying to avoid Satanic stuff like black metal to end up reviewing an album from this band for a clan challenge. I thought, "Oh d*mn, I don't know if I can review something labelled the Genre That Shall Not Be Named." But it's part of the challenge, so here I am. Fortunately, it's greatly progressive and has a larger amount of clean vocals than I expected, having a different unique feel compared to previous albums. The thick but organic production and energetic songwriting are what keeps the band's prime in album #11. They really burrowed black roots into my progressive heart, but my heart and mind stay strong.

The semi-title opener, "Ethica Odini" breaks open the black metal gate but in a more repetitive and simplistic style than throughout their previous 15+ years. But the black metal doesn't go up, thank greatness, sticking with the vocal approach that propelled the band into success with new and old fans. Don't expect "Raidho" to appear on your radio! While that song starts less stunningly, the clean/snarl vocal exchange builds it up from the core and the pieces of the progressive puzzle connect in each and every step they take. "Waruun" is a more careful step through sharp rhythmic chords. The preparation for war is in contrast with Enslaved's provoked sheer sense of adventure. That's kind of a good metaphor for their progressive black metal sound.

"The Beacon" plays in a straight savage driving force but ends up having a dream sequenced bridge. "Axioma" is the brief ambient-prog intermission with ambient guitars and echoing narrations over searing synthesizer. That should've been the album's intro, segueing into "Ethica Odini", thereby becoming a 10-minute title song. Oh well... "Giants" starts under gigantic Sabbath influence with distant organs before an elevating clean verse. Then the deep thundering force is unleashed through primordial soundscape.

"Singular" builds up a cresting guitar onslaught with waves of clean vocals coming in, and the rhythms change the temperature between hot and cold. One of the more interesting songs here! Next track "Night Sight" extract some mellow folk in the intro that would soon gather in a storm erupting in a brilliant guitar sequence that would cause a granite mountain to rise and escalate from the earth's crust without having to wait thousands of years of erosion. Then in "Lightening", lightning from the storm circles around the mountain with haunting guitar riffs while the black roots in my progressive heart and mind start being slammed out by the sheer melodic force.

Lots of metalheads believe that this album is the best since the beginning of music. And while my purified progressive heart does not agree with that kind of hype, it's hard to deny the high quality of this material that has pleased old and new fans. If I was one of those fans, I would give this album 5 stars, but with some flaws and trying not to get too attached to other black metal bands, I will give it 4 stars because it's so original and interesting....

This is a very impressive album indeed. I have been overwhelmed by how much I like it really & haven't listened to anything else for a few days now. It's also highlighted just how poor a year 2010 has been for the black metal genre in general as it is far superior to anything else I have heard so far. Not being overly familiar with Enslaved's recent albums, I was a bit concerned that I wouldn't enjoy "Axioma Ethica Odini" as much as their early material due to the increased progressive influence however I needn't have worried because they have certainly not discarded their black metal roots. On first listen I wasn't overly impressed with the progressive sections but they certainly grow on you with each listen & ultimately make the all-out black metal sections sound even heavier due to the wonderful contrast.

The sound is nothing short of perfect for this style of music. The guitar sound is a definite highlight & it's wonderful to see so many tributes to "Hammerheart"-era Bathory throughout the album. Also the black metal vocals are incredibly powerful & aggressive. In fact they might be my favourite of the whole genre. The clean vocals have been gaining more & more impact with each listen & are really digging their claws into me at the moment. Second track "Raidho" would have to my album highlight. It really gets me going.

It's nice to hear an extreme metal band that doesn't feel the need to drown their riffs in blastbeats & instead lets them breath with simpler, more open drumming accompaniment for the benefit of the songs. Fans of Rush & Yes will hear some obvious tribute sections here & there too (which is not a bad thing as far as I am concerned) but these sections never let the album lose momentum or sound wanky. A fantastic release that has gone close to restoring my faith in the black metal genre.