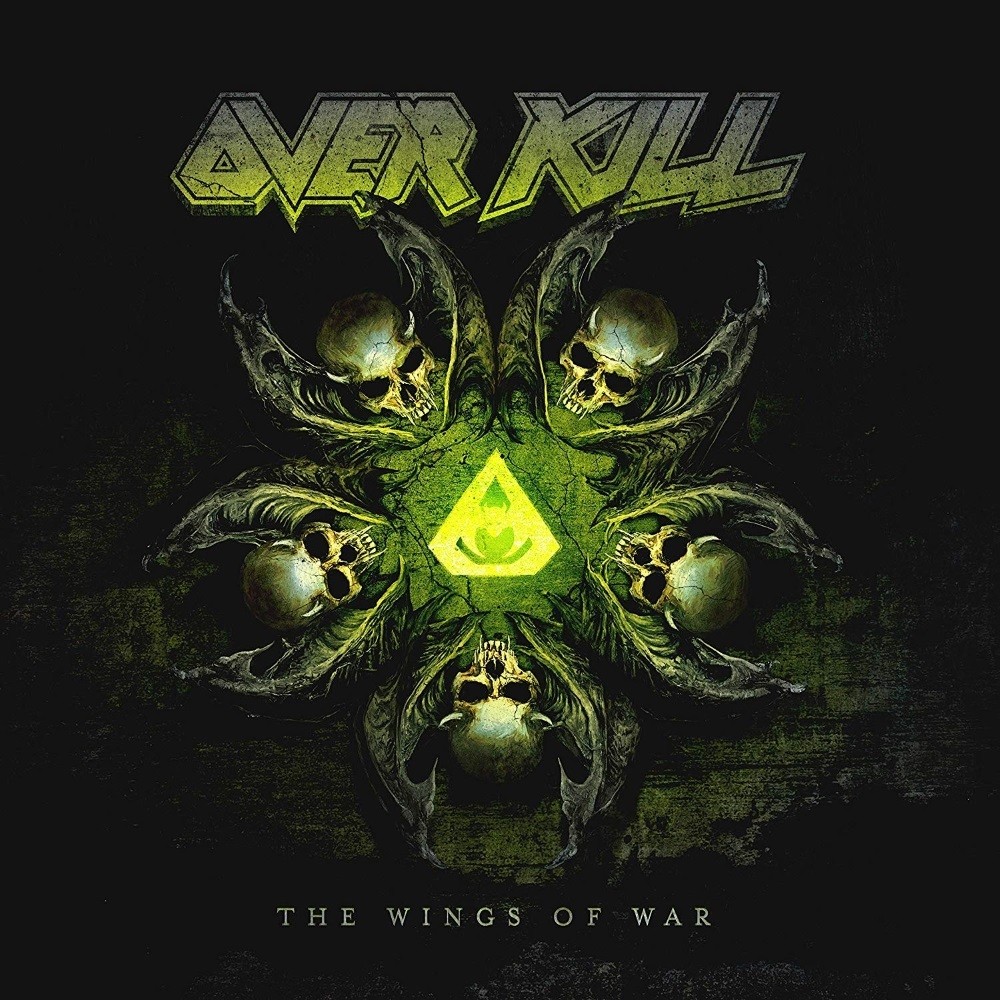 Full length number 19 from overkill certainly makes a splash in the energy stakes, I mean there's some modern thrash bands that are a good two decades younger than Overkill who can only hope to achieve the levels of spunk that New Jersey's finest produce here. That in itself is an achievement, for a band of Overkill's stature and reputation to be able to still sound relevant four decades into their career is no mean feat. Even in the albums weaker moments it never gets redundant and the energy levels remain high. There's a real sense of a band in a state of some renewed vigour, helped in no small part by the addition of Jason Bittner on drums. The former Flotsam & Jetsam skinsman is nothing short of superb throughout "The Wings of War" and seems to have squeezed a little extra out of the rest of his peers.

The album kicks of with a great build to opening track "Last Man Standing" and for the first 4 tracks of the album the Overkill crew stomp, bash and groove their way to a solid level of consistency. The lead work is of particular note and Blitz sounds as sneery and scathing as ever. The album is well produced and mixed too with all parts of the thrash machine audible as the five piece hammer away at your skull with the usual blend of chugging riffs and infectious anthems. It isn't even all thrash either, one thing that is also obvious in abundance here is the melody present throughout all 10 tracks.

There are weak moments as mentioned but they are more a victim of how good the strong tracks are. In it's own right "Distortion" is a solid enough - if not slightly varied a journey from the last offering - but it just doesn't stand up well against a "Bat Shit Crazy" or a "Head of a Pin". As the album draws to a close you get the increasing impression that the last few tracks are rescued really by some great solos and stomping skin work which is a shame because trimming of a couple of tracks may have made this less obvious. That having been said, last track "Hole in My Soul" is a cracking finisher. As I said though, the energy level is consistently high and there's a real sense of the band having created something they can be really proud of.

I am scoring this a 4 out of 5 just for the fact that even at the mediocre stages the album is still another great example of the old guard giving a Metal Music 101 lesson to all aspiring young metal bands out there.