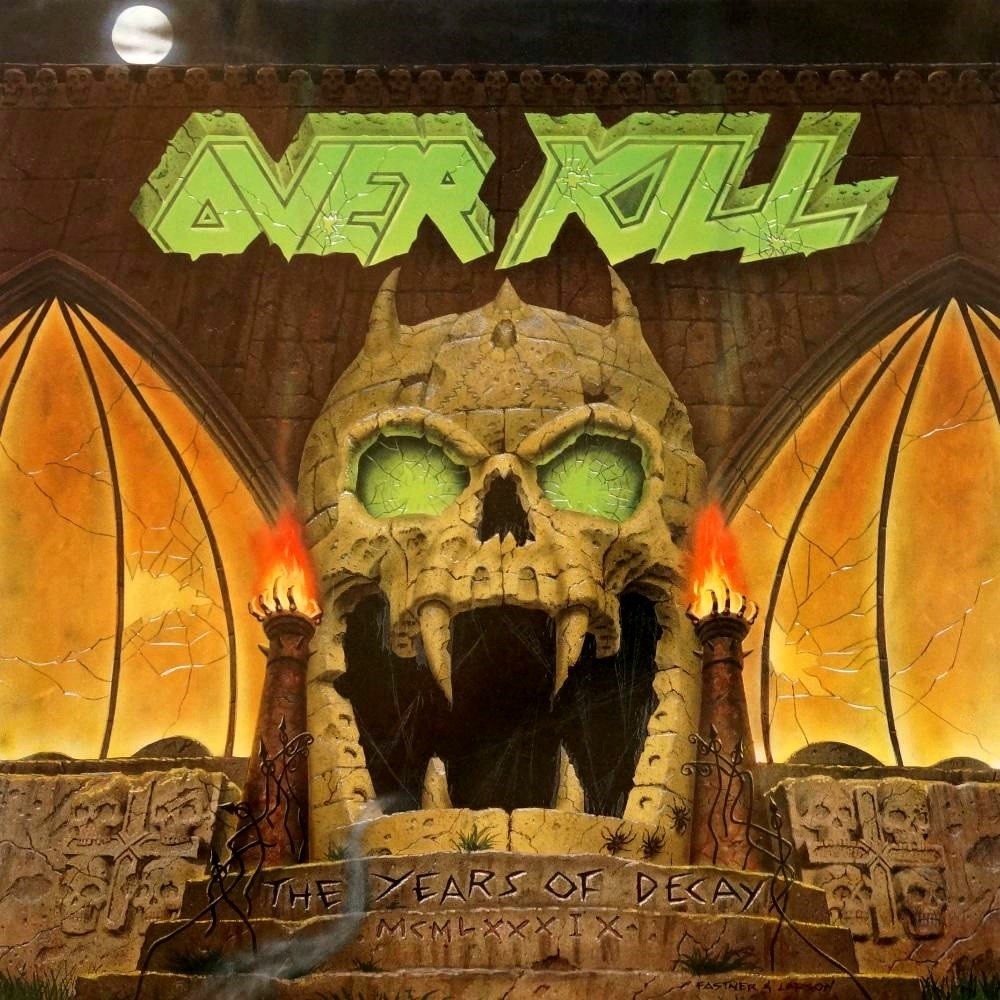 I didn't really know what to expect of this album. After really enjoying Feel the Fire I'd been left feeling a bit disappointed by both Taking Over and Under the Influence. I think I've realized that what I enjoy about Overkill is not necessarily what many other fans enjoy. The Years of Decay initially gave me that same sense of disappointment, particularly considering many consider it to be the best album they've ever released. But it turns out this one’s a grower.

When I read other reviews on RYM, it seems a lot of people list Elimination and I Hate as two of the very best thrash metal songs ever. It's these songs that lead me to my initial frustration as I don't rate them at all. It's not until the 10-minute Playing with Spiders / Skullkrusher that this album really takes off for me. So now it's clearer than ever that I love Overkill when they take their time and craft solid lengthy songs and not as much when they thrash about for three or four minutes. The three highlights on The Years of Decay are the aforementioned Playing with Spiders / Skullkrusher, Who Tends the Fire and the title track, which are all over the 8-minute mark. Time to Kill, Birth of Tension and classic closer E.vil N.ever D.ies are also first rate, which makes this release a 4 star winner!

The 1980s thrash scene gave us some of metal's all-time great albums. However, I only found Overkill to be a functional thrash outfit and re-listening to this so many years on hasn't changed that conviction one iota. I have always found their medium-paced thrash to be uninspiring musically and their songs, in the main, are fairly bland. I dislike the oft-times screeching sub-AC/DC vocals and I can't shake the notion that what Overkill really wanted to be was a good old classic metal band in the vein of Priest or Maiden and jumped aboard the thrash gravy train to gain some exposure. Of course I have no proof that this was the case and may be doing the band a grave disservice, but from the evidence of their music this is the impression I get. Now, this isn't one of those truly awful records as they do have some talent and when they do get it right as on closing track Evil Never Dies their thrashing is not too bad. They seem best though when moving away from out and out thrash. The ten minute Playing With Spiders / Skullkrusher and it's almost doom metal pacing and the slower build-up of the Maiden-esque title track are when the album sounds best in my opinion. So the problem with Overkill for me is the apparent attempt to squeeze their square peg into a round hole.