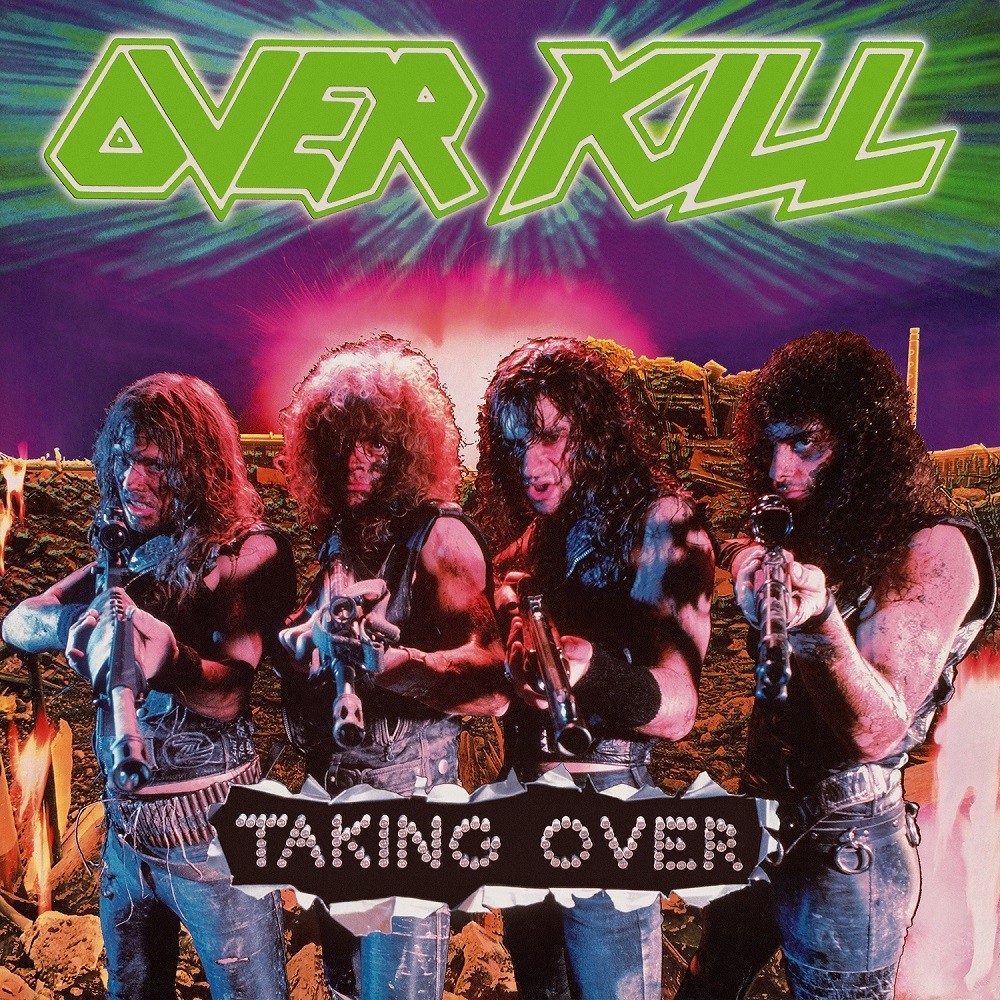 I was pleasantly surprised when I finally got around to spending some time with Overkill's debut album Feel the Fire, so I was excited to get my hands on Taking Over. It's ratings on sites like RYM suggested it would be a whole lot better than the debut and one of the classic thrash albums of the 80s. I have to say I'm a bit underwhelmed by it!

The main problems I have with it are Blitz's vocals on a few tracks and that two or three of the tracks are quite average. I know that Bobby Blitz has always had one of those love it or hate styles but for some reason I find his performance on this album a little unbearable at times, whereas I just didn't feel that way with the debut. He seems to be singing higher quite often and I can't help feeling that tracks like Deny the Cross would be great with a more aggressive style. As for the average tracks, In Union We Stand is fairly crap attempt to make a stadium rousing ballad and Fear His Name and Use Your Head are just not very captivating in my opinion.

But there is also a lot to like on Taking Over. The second half of the album is much more to my liking with great tracks like Powersurge, Electro-Violence and Overkill II finishing things off nicely. I guess I'm not writing the album off entirely and will happily give it a 3.5. I just had much higher expectations!

The 1987 sophomore album from New Jersey thrash metal establishment Overkill represents my entry point for the band way back around 1989 when I was in my early teenage years & completely obsessed with extreme metal (kinda like now really). I have to admit that, whilst I've always found it to be relatively enjoyable, it's never really convinced me that the band were a tier one act & my feelings haven't changed in that respect. "Taking Over" certainly featured some improvements on their 1985 debut album "Feel The Fire" with more appealing production, performances & song-writing but some of the riffs & arrangements still seem so basic & generic that it sounded a little dated even back then in my opinion. It's not a total thrash-fest either as almost half of the album falls into speed metal or traditional heavy metal territory.

I think the reason that "Taking Over" has remained so popular over the years is due to the tight execution & its uncluttered accessibility. It's like the band understood their limitations a bit better than they did previously & worked within them to create an appealing & marketable product. The other reason is likely the melodic vocal approach of front man Bobby Blitz who hadn't opted for the grindier approach he'd take on later material just yet & contributes some much needed pizzazz to some otherwise fairly uneventful pieces of music. There's definitely a little bit of Iron Maiden's Bruce Dickinson about his performance here & if you listen closely you can hear that he was giving everything he had as far as charisma & effort go. It's certainly paid off as there's only really "Fatal If Swallowed" that fails to leave the desired impact as far as hooks go. In saying that, Bobby's performance still wasn't enough to make any of this material a genuine thrash classic in my opinion so I don't think I can justify the high regard that "Taking Over" is generally held in amongst thrash purists even though it was the band's best release to the time.