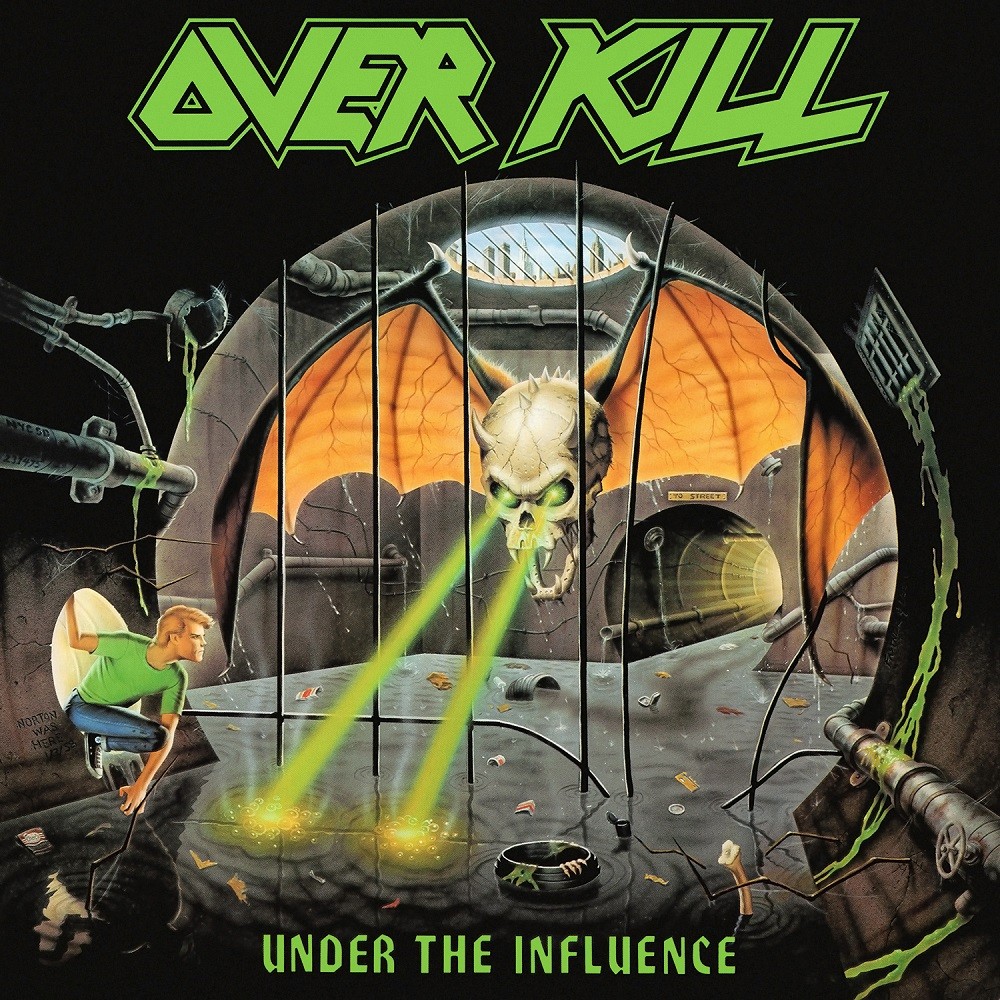 While this is clearly Overkill, the same band that releases Feel the Fire and Taking Over, there's just something missing on this, their third album. It's in the song writing department that I feel it doesn't match up to those albums. While there are pretty good riffs popping up throughout the album, I wouldn't put any of the 9 tracks included on a best of Overkill album. The first half of the album, from Shred to Brainfade, are all just throwaway tracks in my opinion. The second half contains some longer, more thought out tracks, such as Drunken Wisdom, End of the Line and Overkill III, that are much better.

Personally, I think each album had become more inconsistent at this stage of the band's career. While many will disagree, I think Taking Over, while decent enough, was less enjoyable than Feel the Fire and then Under the Influence took it a notch further down. Thankfully, they would get better again soon.