Overkill - From the Underground and Below (1997) 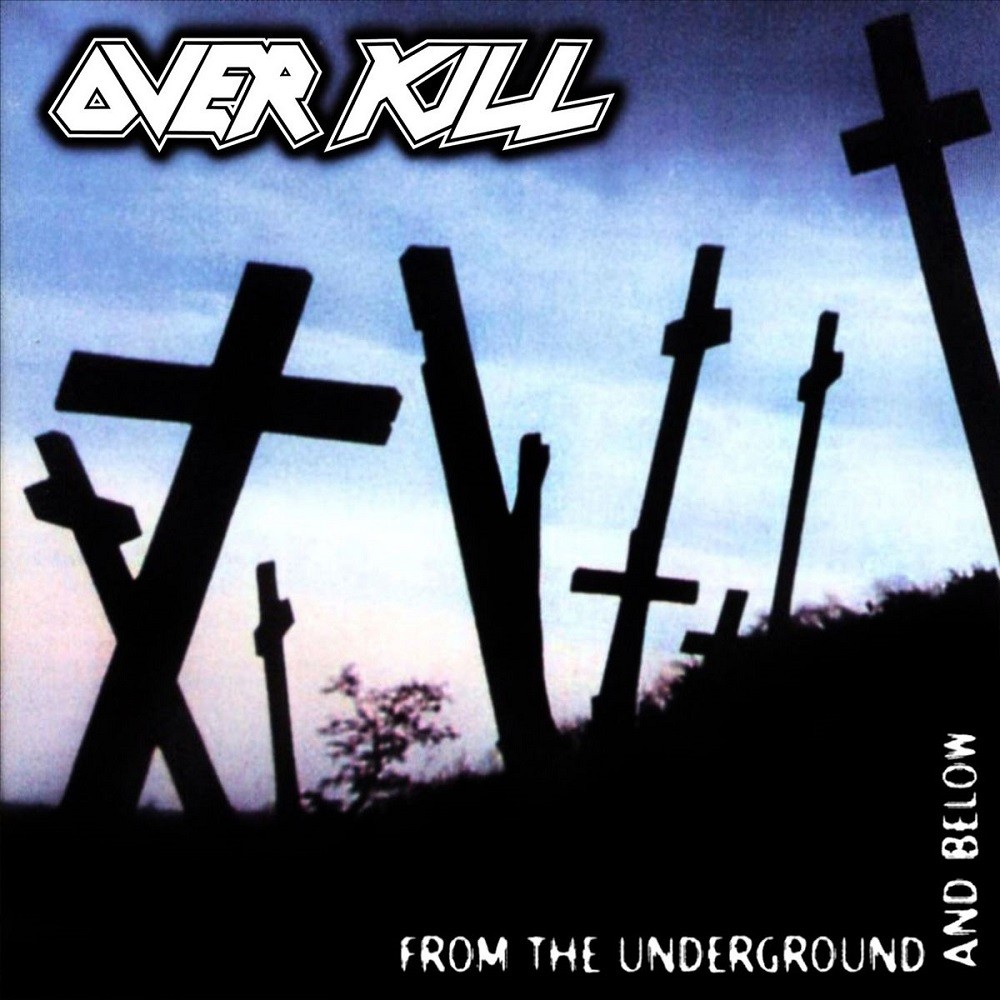 A refreshing new modern sound for Overkill but with typically inconsistent song writing.

After reviewing all the classic era Overkill albums, (From Feel the Fire through to Horrorscope) I just didn’t feel the need to experience the entirety of their discography. After all, as good as those albums were, there’s not even one of them that I really enjoy from start to finish. The band have a distinct knack for combining fine thrash metal rippers with particularly average ones, so the idea of subjecting myself to another 10 lesser appreciated releases just didn’t fill me with joy. But there’s no denying that Overkill are an important and much-loved band in the thrash metal scene, so I’ll pop in every now and then to see what Bobby Blitz and co. are up to. I skipped 1993’s I Hear Black as it’s widely considered to be their worst release, but I did drop in on W.F.O. to find a typical Overkill release, complete with inconsistent track quality, but with a dodgy production (the bass is distractingly high in the mix). I decided to save myself further frustration by ignoring 1996’s The Killing Kind entirely, despite a positive response from at least a few of their fans.

Which brings me to Overkill’s ninth full length studio album, From the Underground and Below. It’s obvious after just a couple of minutes that there have been some serious changes going on in my absence. A quick search of the net confirms that the band have undergone a rather hefty transformation, with both guitarists departing the band straight after W.F.O. (Rob Cannevino to focus on motorcycle racing and Merritt Gant to spend more time with his family). This huge hole in the band was filled quickly enough, but not by particularly likely candidates. Sebastian Marino had been guitarist for the now infamous Anvil for a few years, so his addition wasn’t all that questionable, but Joseph Comeau’s inclusion was a little more surprising given his history of being a vocalist for power metal band Liege Lord. The only suggestion I can find of him playing guitar at all is on a demo for a band called Ramrod (another power metal entity) where Sebastian and Joseph previously played together, so one can only assume that these two offered their services to the usually riff heavy Overkill as a package deal.

It’s not particularly surprising then that From the Underground and Below is a far less thrashy affair than old school Overkill but considering my love/hate relationship with the band, I was willing to give it a go. The album begins in fine style indeed with It Lives and Save Me showcasing the more modern chunky sound. It brings to mind the likes of Machine Head and Pantera, while also hinting at industrial bands such as Ministry. Bobby’s vocals have lost a bit of whininess too, having a far more vicious tone that I really like, and Comeau’s backing vocals are far better than standard gang style hollers. Yet just when I was thinking that Overkill’s new line-up had come up with an impressive new direction, all the old habits start to creep back in. Genocya and F.U.C.T. are nice enough, but Half Past Dead and I’m Alright are lacklustre with none of the energy that thrash metal demands. Then there’s the atrociously corny ballad Promises that reminds me of some sort of Live Aid “save the world” moment. Disappointingly, what started out as a promising change in approach ends up being just another inconsistent Overkill outing.

1.8
Band
Overkill
Release
From the Underground and Below
Year
1997
Format
Album