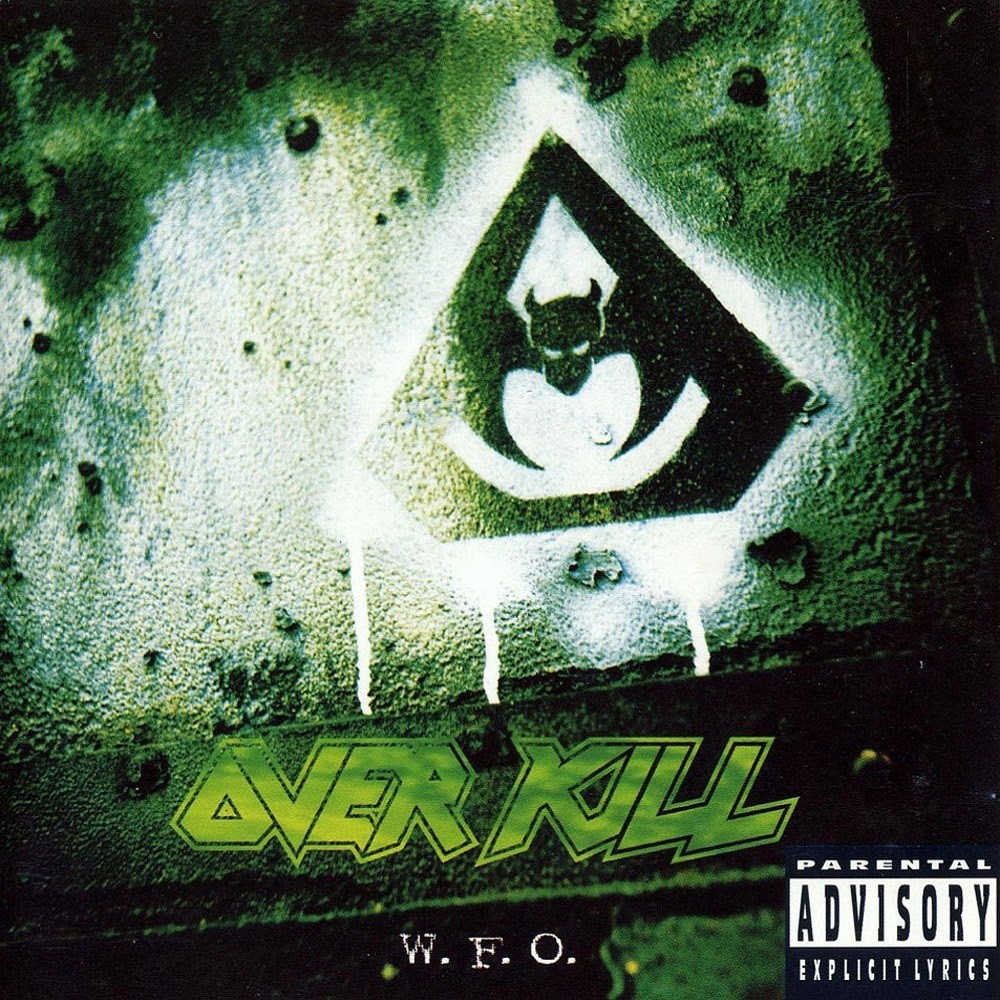 Not the band's best album by any means, but it's worth a listen or two.

Overkill are one of those bands that I find mildly entertaining, but I can't say I've ever found any of their albums to be amazing. Even my favourite releases by these thrashers, Feel the Fire, Horrorscope and The Years of Decay, have a few dodgy tracks amongst all the great ones. W.F.O. is another case in point where I find myself really enjoying certain parts of the album, only to be cringing and searching for the skip button on the next one. But I guess half a great album is better than none, so I'll take the good with the bad.

The first thing to say about W.F.O. is that the bass is ridiculously high in the mix. It's not even very bassy in that it has a rather clangy sound to it rather than any sort of powerful low presence. But it's extremely hard to focus on anything else at times when the bass is just banging away at my concentration. Anyway, once I get past that, there's quite a lot of typical Overkill work here. Thrash riffs galore, combined with great, solid drumming, Bobby Blitz's unique high-pitched vocals and the bass attack.

But I don't think there are any 5-star, classic tracks on W.F.O. There are several decent ones such as Where it Hurts, The Wait - New High in Lows, They Eat Their Young, Under One and Gasoline Dream. But there's just not enough to make me want to come back for more, particularly when there are so many better albums by this very band. I also have to say that I dislike gang vocals (yes, I'm looking at you Exodus) a lot and there's quite a lot of them on this album (Bastard Nation for example). I guess if you’re a big fan of the band, then there's nothing to suggest you won't love W.F.O. too. If you're unlikely to join the Overkill fan club any time soon, then this isn't going to change your mind.