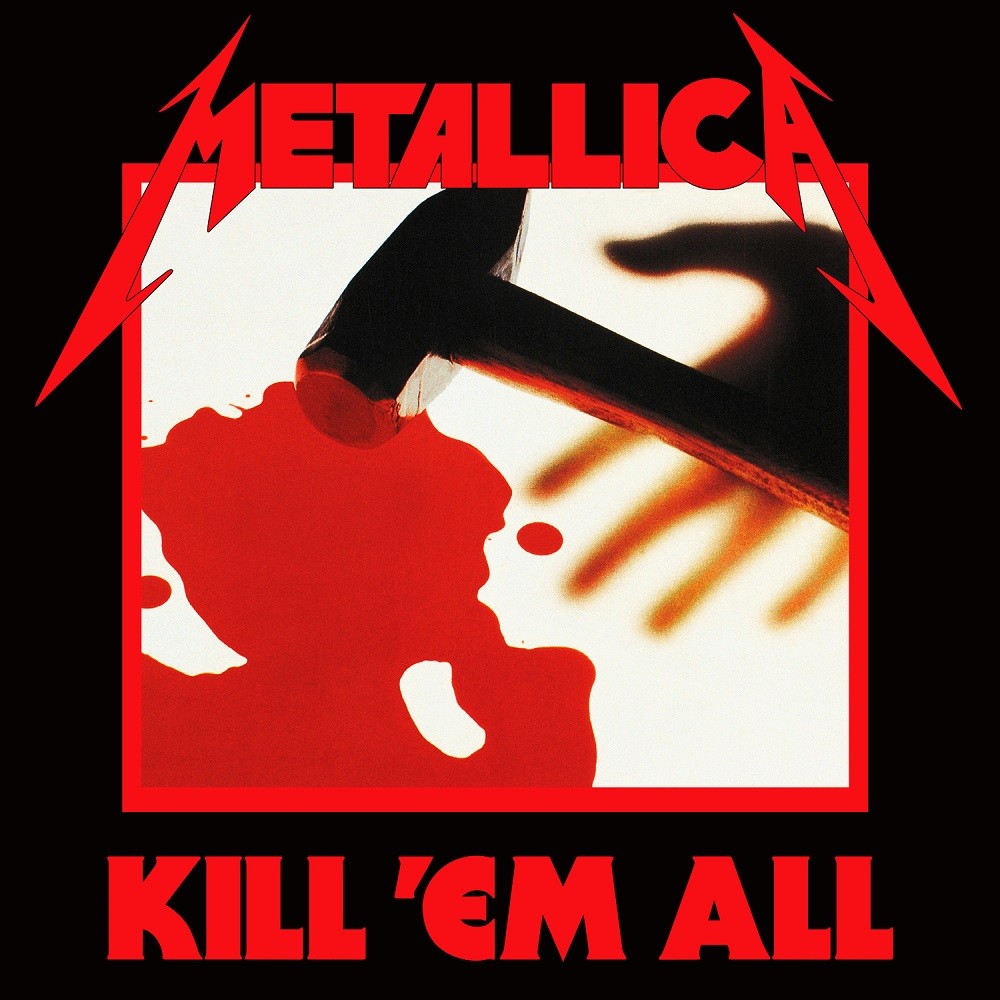 A worthy, exciting debut from "the band" that brought so many of us to metal music. Priceless if not flawless!

"Drummer looking for other metal musicians to jam with Tygers of Pan Tang, Diamond Head and Iron Maiden." This was the advertisement that was responsible for the creation of one of the most successful bands in music history. When Lars placed the ad, I’m sure he had no idea of the journey he was about to undertake, nor would one James Hetfield who answered it in late 1981. Metallica would shortly be born! Well, at least it would be once Lars decided upon the name which was originally an idea his friend had for the title of a fanzine. After that first advertisement had so much success, Lars thought he’d see whether lightning would strike twice, with the end result being the recruitment of Dave Mustaine. These three enthusiastic youths went about recording Hit the Lights for the Metal Massacre I compilation before recruiting Ron McGovney on bass (James had been playing bass up to this point) so they could perform live. This four man line-up was responsible for the infamous No Life 'til Leather demo in 1982 and while Ron would not remain with the band for long, he is the man responsible for the Metallica logo that adorns the majority of their releases.

In November 1982, the band would take a trip to San Francisco which would turn out to be quite beneficial. Not only did they witness Exodus playing live with Kirk Hammett on guitar, they also attended a Trauma gig where they were thoroughly impressed with bassist Cliff Burton. Lars and James immediately tried to convince Cliff to play for Metallica (one can only assume that they had not been particularly impressed with the performance of Ron McGovney) and he accepted if the band would relocate to San Francisco. All was agreed and it appeared the band had finally come to a suitable line-up until Dave was kicked out of the band in April 1983 due to a combination of drug and alcohol abuse and violent behaviour (he’d then go and form Megadeth). The remaining members contacted Kirk Hammett and he was all too happy to join Metallica that very afternoon. It had taken a couple of years, but the classic Metallica line-up up Lars Ulrich, James Hetfield, Cliff Burton and Kirk Hammett had finally come together. In May 1983 they travelled to Rochester, New York to record their debut album which would be called Metal Up Your Ass. Or so they thought!

As one might expect, the label Megaforce Records and distributors had an issue with the name of the album the boys had chosen and the original cover that depicted a hand thrusting a knife out of toilet, so the band were forced to change their plans. The resulting title Kill ‘Em All came about when Cliff referred to the labels decision by remarking “just fuckin’ kill ‘em all”! That’s typical of the youthful rebellion and aggression that these guys contained and you can hear it all over Kill ‘Em All. They took the metal that they’d grown up loving and gave it a raw and hostile overhaul. Listening to it in 2010 you might be excused for thinking it’s not particularly nasty or heavy, but it sure as hell was in 1983. Thousands of adolescents went crazy for it and while it was yet to be seen whether the band could develop into a mainstream and commercially viable entity, they’d certainly stirred up the underground and given bands like Slayer, not to mention Megadeth and Exodus, an opening to unleash their own forms of thrashing madness upon a willing audience. None of this was a fluke however, nor were Metallica just in the right place at the right time. These guys had the talent to go with their ambition!

Cliff was a great bassist that helped change the way the instrument was utilised. Lars may never have been particularly technical, but his drumming was both tight and powerful, doing all the right things at the right times to get the blood pumping. James’ vocals were aggressive and hostile, as were the lyrics he so venomously spat out. Both he and Kirk created riffs that were far more shredding than fans of metal were used to at the time and the leads displayed immense talent. Of course, the band would get much, much better than this over the next few albums and tracks like Motorbreath and Phantom Lord perhaps don’t hold up all that well when compared to their more celebrated material, yet others such as The Four Horsemen and Metal Militia will have you smiling with more than just nostalgia even over 25 years after they were first put to vinyl. There’s no doubt that Metallica would continue to be “the band” that got people into metal for years to come and while I can’t say Kill ‘Em All was the album for me (it was 1988’s ...And Justice For All), there’s absolutely no question that my obsession with metal music can be traced back to the name Metallica, for which I’m eternally grateful.

Full of energy and pulse-pounding riffs, this is Metallica's debut album with which they changed the heavy metal world back in 1983. Although the songs are a lot more immature than Metallica's later material, in both lyrical and musical content, the songs are still great if you're after a straight forward headbanging album from start to finish, with many of these songs still being a major spotlight of any Metallica live set today.

Although some tracks are weaker than others, the album as a whole runs smoothly without giving the listener a chance to catch their breath. Metallica classics such as ‘Seek and Destroy’, ‘The Four Horsemen’, ‘Hit the Lights’ and ‘Whiplash’ make this essential for all metal fans.

It won’t be your favourite Metallica album, but your metal collection won’t be complete without it.

Kill ‘Em All is a mixed bag for me. On one end, it’s got some amazing music that was revolutionary at the time. On the other end, it doesn’t hold up all that well. For a Thrash Metal album, it’s incredibly lighthearted. They’ve got…(2?) songs on here that are just about playing music, they’ve got one about going to hell but it’s carried by an incredibly uptempo riff, and... basically, real generic stuff you might find on a Nickleback album. The introspective and literature-influenced lyrics of Ride the Lightning are nowhere to be found here, and it really matches the all-around mood, which is not serious at all. As I said, it’s lighthearted, and if I’m listening to Thrash… that’s the last thing I want.

Aside from those weaknesses though, it still was one of the heaviest albums of its time, and it really had no tracks that were bad by any means. The B side is where they really shine, I think. Phantom Lord has great riffs and solos, and stays fast-paced throughout. No Remorse is one of my favorite Metallica tracks, and trudges through slower, darker riffs until breaking out in their fastest finale ever. No one would question the fantastic guitar fest of Seek & Destroy and closer Metal Militia. James’ vocals here are also more savage than ever. I can’t say I prefer them because his voice always sounds fantastic, but this side of them is certainly a treat.

Overrated, but still a great record.