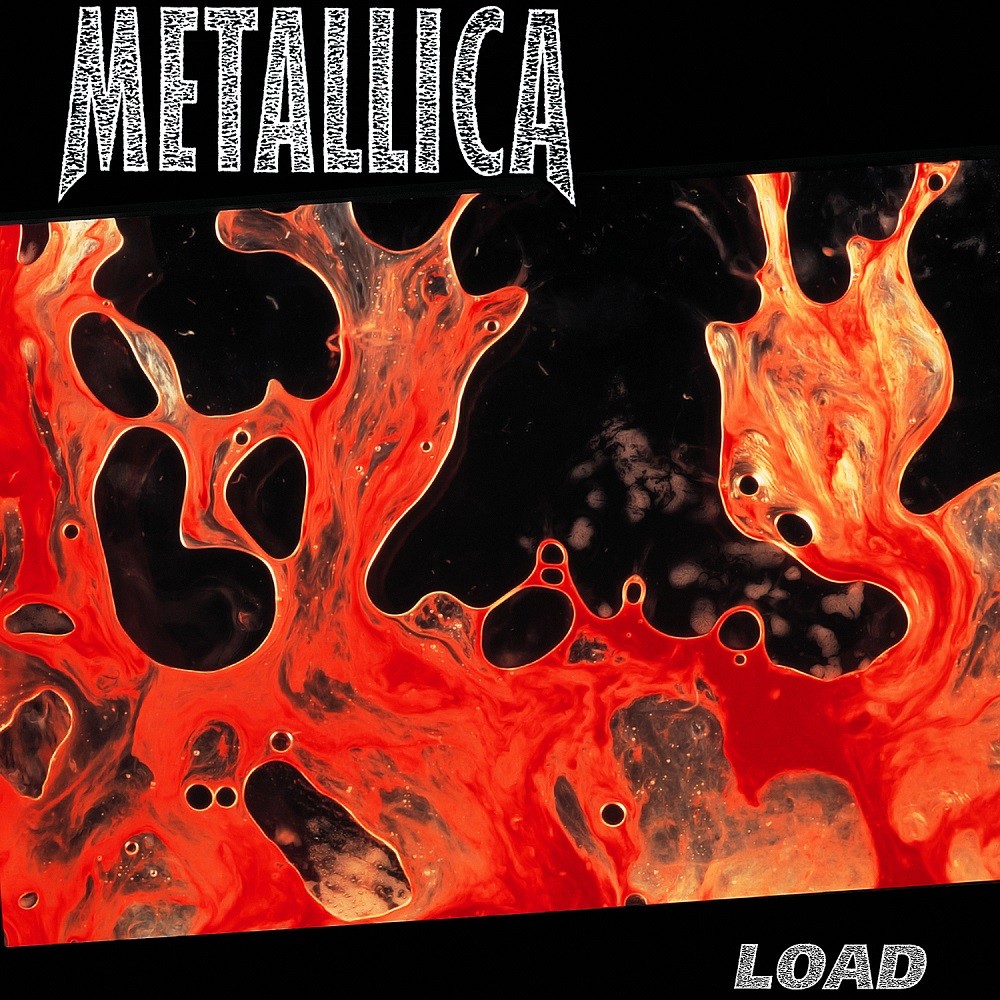 These are just some of the things the metal community were complaining about back in 1995, when Metallica changed their image and their sound and released 'Load'. Anyone with an open mind will see that there are some really good compositions on this album, but sadly the metal community, as reliable as ever, couldn't get past the fact that Metallica changed their look and "sold out". In fact, most of 'em were still complaining about Metallica releasing a music video in 1988 when they said they never would. Metal elitists... at least they're consistent.

This may not be Metallica's best release, but there are songs on here that definitely stand side-by-side with anything Metallica had done before. 'Ain't My Bitch', 'Until It Sleeps', 'King Nothing' and 'Bleeding Me' are all classics. Even the country-influenced 'Mama Said' is a great tune (unless you're an 80's thrash metal fan who's still trying to get over the ‘Black Album’). But for all its strengths, there is one major problem that bugs me about this album; the duration. Alone, any song on 'Load' is a great track (yes, that includes 'Ronnie'), but when you listen to it all in one sitting, it really feels like you've heard the same song multiple times. It's tough.

I can admit, this may not be Metallica's finest hour, but don't be swayed by any "metal" reviews, because it's not a metal album. It's a rock album, and a bloody good one, at that!

Five years is a long time to wait for a new album. Metallica had raked in more money and collected more fans than anyone thought was possible with the release of their self titled black album, selling over twenty million copies worldwide. It’s fair to say that a lot of their existing fans prior to that album were not particularly impressed with the softer, rock based approach of the new material, and were unlikely to be all that excited about the band’s next move. On the other hand, the millions of new fans that jumped on the Metallica bandwagon in 1991 were hankering for anything they could get, which made those five years more than a little testing for their patience. I guess Metallica do deserve some credit for not cranking out the Black Album Part 2 within a year to make the most of the extraordinary boost in popularity. Instead, all things suggested that the band were not willing to repeat themselves, and Lars was even quoted as saying “this album and what we're doing with it - that, to me, is what Metallica are all about: exploring different things. The minute you stop exploring, then just sit down and fucking die" during the recording of what would be their sixth full length studio release.

Everything suggested that Metallica intended to up the ante and take heavy rock music to even greater heights. As has been the way for many of their albums, James and Lars created the new material in Lars’ basement, which they call “The Dungeon”, before taking it to the studio where the band collectively worked it into the final product. This time around they had over thirty demos to play with, and on entering The Plant Studios in the spring of 1995 (with producer Bob Rock once again), they had every intention of releasing a double album. They would spend an entire year playing around with these tracks before finally being ready to release something to the world at large, but some time during that period they decided that two separate albums would be more apt than a double (and would undoubtedly make them more money too). Also during this period, a decision was made that Metallica not only needed a new sound, but also a new image. The logo was altered to better fit their modern sound by smoothing out the jagged first and last letters. The guys all got haircuts although they claim that this had more to do with thinning hair than image choice.

The photography for the new album was to be done by Anton Corbijn, who was known for his work with U2 and Depeche Mode, and would include the band in suspenders, Cuban suits and also in gothic attire. There would even be images of Kirk and Lars kissing, further separating the band from the macho, metal-fuelled image of old. James has since stated in interviews that he was never comfortable with the new look, and says that if he hadn’t demanded the removal of several other photographs from the booklet, the separation would have been even greater. It’s well known that a lot of drugs were used by the band members in the years leading up to the album, and James puts Lars’ and Kirk’s pretended homosexuality and newly discovered love of abstract art completely down to whatever they were putting into their bodies at the time. Speaking of abstract art, the album cover was created by Andres Serrano and is titled Blood and Semen III. It’s difficult not to look at it with new eyes when you find out the image is exactly what it says in the title, as Andres mixed his own semen with bovine blood, then pressed the mixture between plexiglass and took photos of it.

On June the 4th, 1996, Metallica released Load. To say the response to it was divisive would be an understatement, with many critics praising the band for further streamlining their sound and remaining relevant in a tired scene. Others however were stunned at just how far the once mighty Metallica had fallen, with all remnants of thrash metal and progressive predispositions replaced by simplistic rock and something closely resembling the blues. It should be apparent from my rating that I fall firmly into the latter, struggling to find much at all that connects with my personal tastes. It’s one thing to never rest on your laurels and to constantly push the boundaries, but Metallica in my opinion began to evolve backwards at this point, removing the majority of the elements that made them exciting and replacing them with facets of genres that have remained fairly stagnant for decades. Tracks such as Poor Twisted Me and Ronnie don’t display a band evolving into something special and unique. Instead, we find Metallica regressing back to the field, attempting to attract as many listeners as they can with as little experimentation and technicality as possible. The sheer simplicity and minimalism of Load is not something deserving of praise.

That’s not to say that there is no enjoyment to be had within the fourteen tracks present. The more immediate nature of the album does allow at least some of the tracks to claw their way into your subconscious, and while you won’t find me breaking out into some form of line dancing (which believe it or not this music brings to mind), I do catch myself humming the tunes throughout the day before catching myself. Until it Sleeps is by far the highlight of the album for me, a clear reminder of the best that the self-titled album had to offer. Closer The Outlaw Torn is another good track, even though it had to be cut short to fit on the album after the total running time pushed past the seventy-nine minute barrier (the full eleven minute version of the track can be heard on The Memory Remains single). This lengthy and reasonably complex track does remind me of what Metallica are capable of, but after being submitted to well over an hour of plainly average, southern inspired rock, it’s hard to remain very interested. My obsession with Metallica had already been seriously challenged with the black album, but Load ended it in no uncertain terms. Then they released Reload, but I’ll leave that rant for another time.