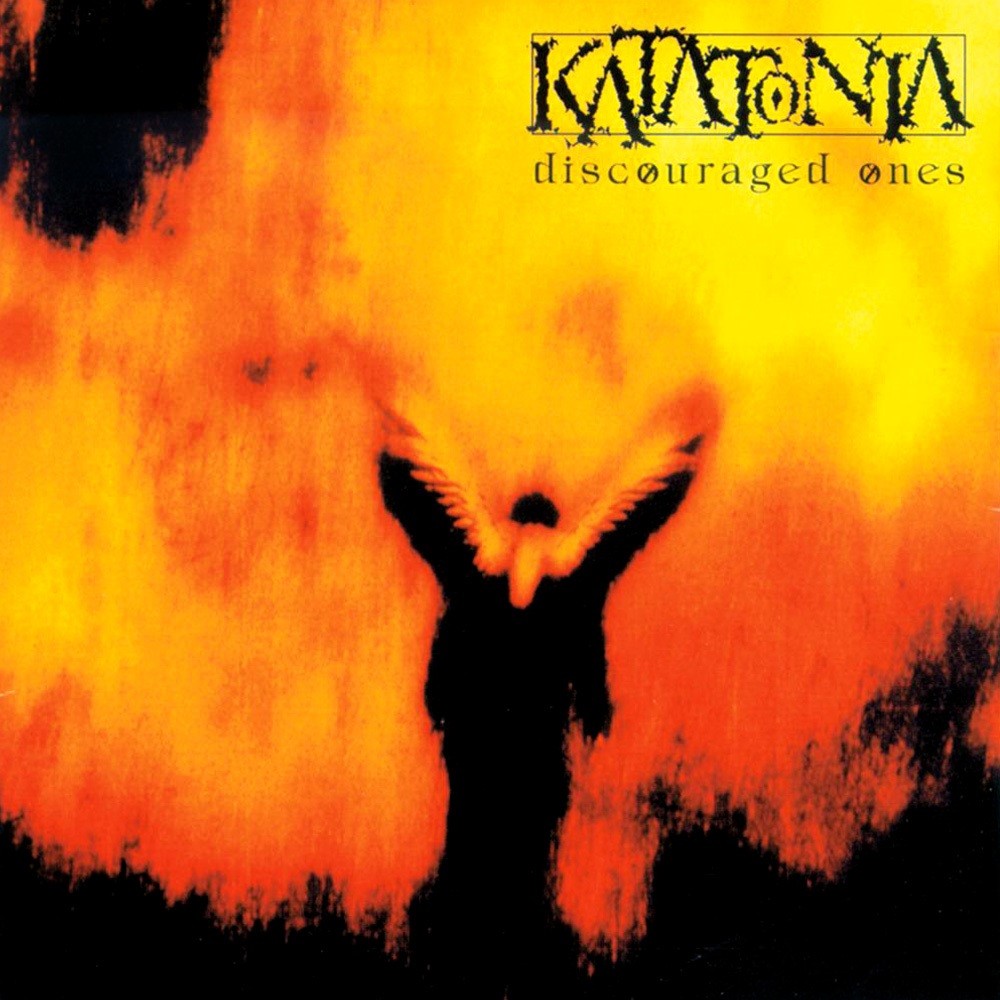 The modern Katatonia era emerges with possibly the gloomiest, most depressive album of their existence.

By the time Discouraged Ones reached my ears, I was already well aware of the transformation that Katatonia had undertaken. After the incredible Brave Murder Day album and the almost as good EP follow-up Sounds of Decay, the band shed themselves of all doom death metal influences and began a fresh journey into the realm of depressive rock. While many of their fans were shocked the first time album opener I Break tried to dampen their day, I was fortunately fully prepared after getting my hands on one of the very limited Saw You Drown EPs a couple of months prior. I was glad I had too, as I’d already transitioned from downright shock through to acceptance, and then eventually found myself really enjoying Katatonia’s new sound, all before placing Discouraged Ones into my CD player. The differences between Brave Murder Day and Discouraged Ones are not limited to genre alone, with Opeth’s Åkerfeldt no longer contributing vocals as drummer Renkse moved back behind the microphone, and bassist Micke Oretoft joining the band after guitarist Nyström had handled both duties on the previous album. It’s always a serious risk for any band to dramatically change their sound between albums, but for a blatantly metal band to move frighteningly close to something resembling pop is near suicide. So how is it that Katatonia not only managed to keep a fair portion of their fan base, but also received an overall positive critical response?

The answer is that despite the contrasting style of Katatonia’s first three albums, there is one main ingredient that remains present throughout. The desolate, sorrowful tone! The band has a knack for taking very real feelings of loss and despair and turning them into blissfully melancholic music. The approach of Discouraged Ones is far more contemporary than one might have expected given their past, but the result is strikingly similar. If anything, Renkse’s dreary vocals and the more plodding nature of this material give it an even gloomier outcome, with both the riffs and leads as beautiful as they are miserable. Renkse’s vocals are certainly a surprise, considering his fairly weak performance on the track Day on Brave Murder Day. I certainly wasn’t convinced at the time that he would ever be able to lead the band, but with a bit of experience and confidence, his distinctive style would end up suiting Katatonia’s material like a glove. It probably helped that Åkerfeldt acted as vocal producer for the album, assisting the band to move onto new pastures for which his borrowed presence would no longer be necessary. Norrman and Nyström are the main event however, producing track after track of hypnotic and effortlessly depressive riffs and melodies. They use a lot of the same techniques that made Brave Murder Day so emotionally engaging, yet with little sharpness or intensity, resulting in a warmer experience that still effectively plays with your heartstrings.

As enjoyable (that doesn’t feel like the right word at all) as Discouraged Ones has become for me, there’s still something slightly awkward about it. It’s hard to put into words, but it would be a few years still until Katatonia would lose that uncomfortable edge. If anything, the vulnerability and uncertainty that it adds to the atmosphere works in the band’s favour as it goes hand in hand with their exposed lyrical themes. There’s no doubt however that a couple of tracks (Gone in particular) push the glumness just a bit too far to be truly effective, which unfortunately stops Discouraged Ones from reaching the heights of Brave Murder Day and the like. That being said, the highlights are breathtaking, with I Break, Deadhouse, Relention and Saw You Drown in particular really hitting their mark, the latter of which really sums up the tone of the album overall with “in the water, I saw you drown, down the water, saw you drown”. Discouraged Ones kick-started a new era for Katatonia and while future releases would increase in maturity and add additional dimensions, the blueprints for their sound was drawn up right here. As much as I personally love the albums that preceded it (and bands like Finland’s Rapture would carry that torch ahead after Katatonia relinquished it), I’ve always remained a fan of this great Swedish band, who have become one of the most consistently excellent outfits even remotely connected to the metal scene.