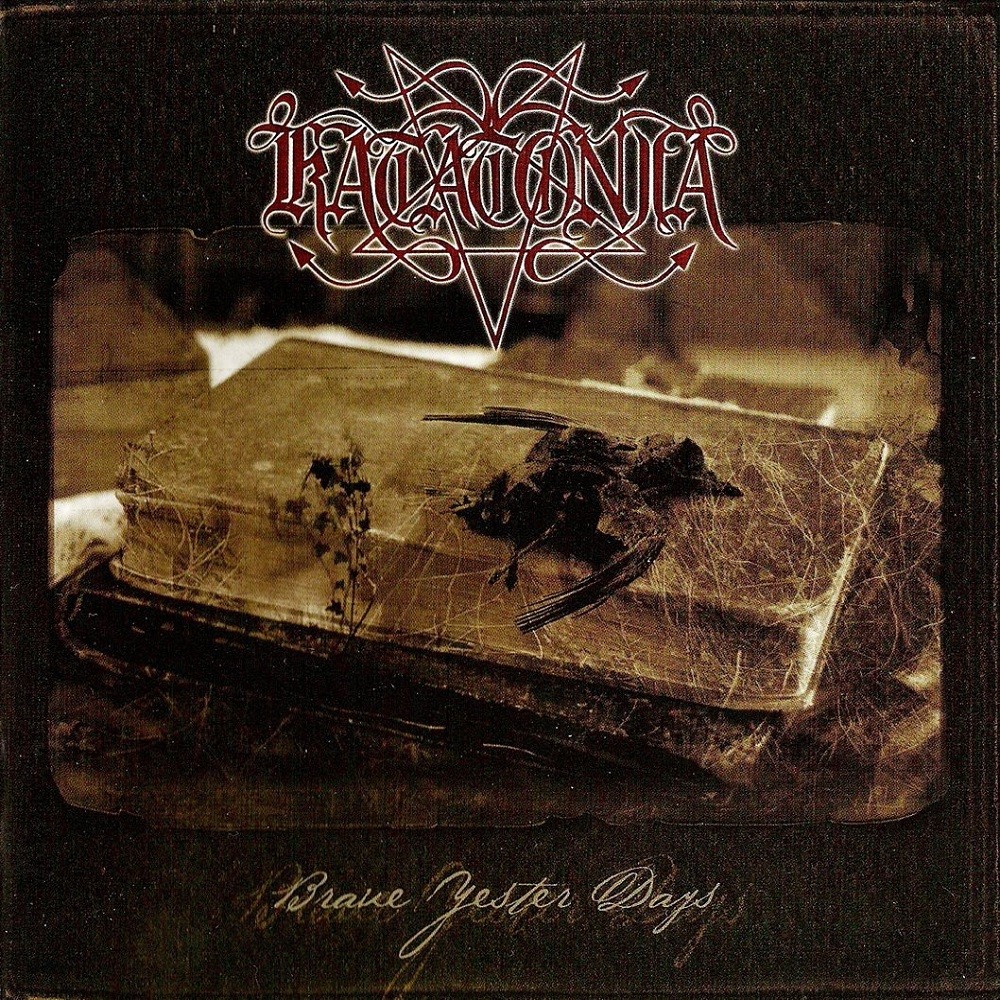 "Brave Yester Days" is the first of two Katatonia compilations (the other being "The Black Sessions") to be released in consecutive years. But the two releases do not cover the same ground at all. "Brave Yester Days" covers the earlier period of the band between 1992 and 1998, whereas "The Black Sessions" covers everything from 1998 through to 2003. Both compilations are spread across two compact discs and include rare and unreleased material making them worthy of attention for any fan of this melancholic Swedish band.

This first compilation is of value for fans of the band during their death / doom period. It includes some of the classic tracks off "Dance of December Souls" and "Brave Murder Day". Since those tracks are readily available and most fans will already have them, the interest really lies in the rare and unreleased material, of which there is plenty. Firstly, there are 4 EPs included in their entirety, all of which are extremely difficult to get your hands on these days due to their limited release. Those EPs are "Jhva Elohim Meth" from 1992, "For Funerals to Come" from 1995, "Sounds of Decay" from 1997 and "Saw You Drown" from 1998. All of these EPs are well worth listening to for various reasons. "For Funerals to Come" and "Sounds of Decay" are of particular interest, as all the tracks on each were not released on full length albums, whereas "Saw You Drown" is worthwhile due to the original album being limited to only 1500 copies (it sells for hundreds of dollars on Ebay!). On top of all the above you get 2 tracks that were on the War Compilation in the very early 90s as well as a previously unreleased track called "Untrue" that was originally intended for the "Sounds of Decay" EP. This track is fantastic and I'm not sure why it was left off in the first place.

Is "Brave Yester Days" worth your hard-earned cash? Well, it depends on whether you own any or all the above EPs. If you don't own them and you like the band’s earlier, heavier sound, then this is essential. But even if you do, there's over 2 hours of great Katatonia music on here for the price of a single album and it flows well due to the tracks being set in chronological order. It's a great snapshot of a band evolving from a raw, aggressive, yet melodic band into the suicide rock that they play today.