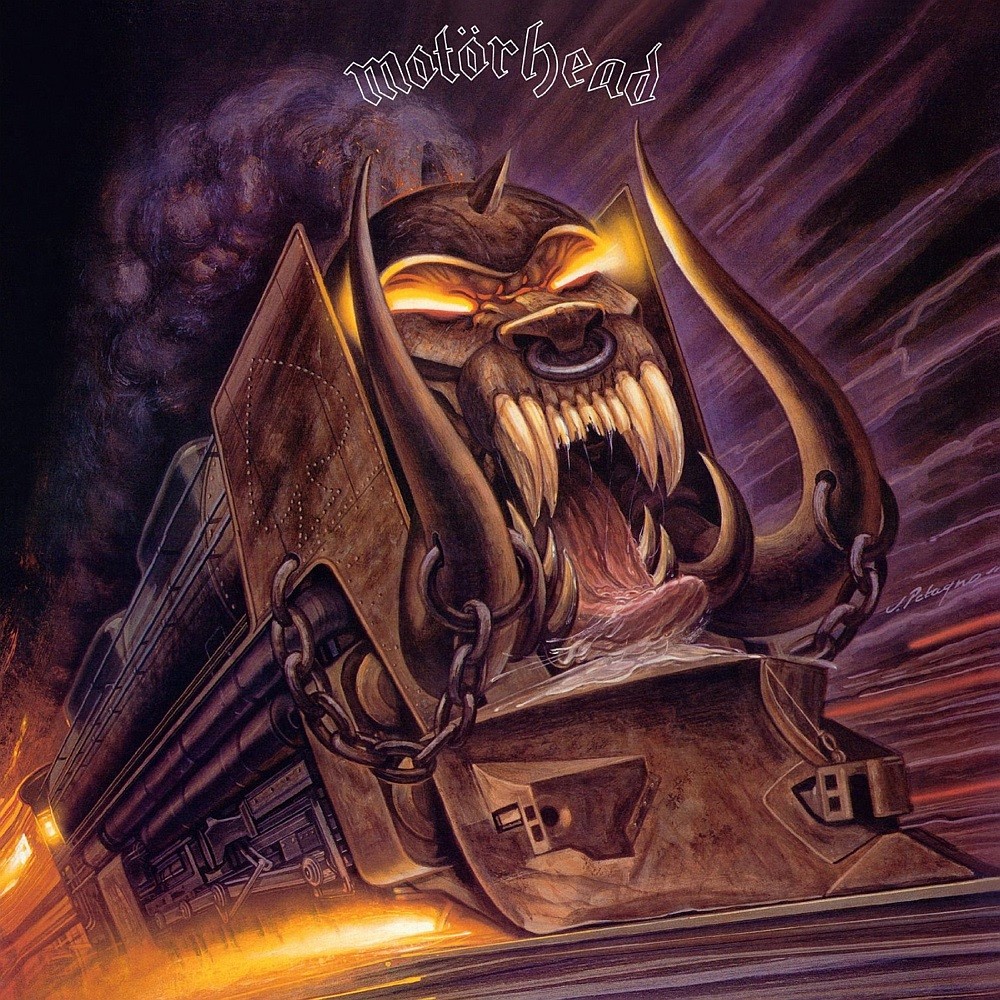 I often find that listening to a Motörhead album is a bit like catching up with an ambitious friend or relative who come over to stay or visit.  They always start off full of promise from their past endeavours and successes but soon enough the gaps start to appear in their plans for wealth beyond belief or delivery of some game-changing solution that will rock the world.  You find yourself nodding along politely, thinking to yourself that this is the same conversation you had the last time you caught up but you don't want to upset their feelings so you just keep humouring them.  Come the end of the visit, you stand waving them off at the end of the driveway inviting them to come back soon, when inside a voice is saying "but don't make it too soon!"

After the mediocre Another Perfect Day the line-up of the band was revised completely.  The normally superb Brian Robertson was gone after one album and Phil had vacated the drum seat.  Pete Gill had stepped into Phil's shoes (for his one and only Motörhead full-length release) and we now had two guitarists in the legendary Würzel and Phil Campbell.  The revised line-up did nothing to reinvigorate the band at first listen and this is perhaps to be expected with them all being relatively new to things.  However, the band do all sound on the same (albeit predictable) page.  What we get is a return to the sex, drugs and rock n' roll themed song writing that was missing on the previous album.  Back in place also therefore is the tongue in cheek attitude and a loss of desire to talk about current affairs and the boring stuff.

Sadly though, although the pace and tempo is a lot more consistent and upbeat, there's a sense of a tired sound to things.  Even on the charging Claw with its cock out doing a helicopter mentality, it still feels a bit flat.  Throughout the whole record there's the usual rock n' roll riffs on display and the slower paced/mid-tempos of Another Perfect Day aren't around most of the time.  This gives Würzel and Campbell chance to flex their pecs with racy solos and rampant riffs which at least gives the fan hope for future releases with the partnership involved.  But this energy just feels limited, possibly as part of a bedding in process as I alluded to earlier.  Gill is nowhere in the mix in all honesty and feels buried under the rest of the instruments in the main which might also account for the lack of oomph!

I also think the album lacks at least one anthem even.  I used to think was the title track but listening back today I realised that I actually prefer the Sepultura cover of the track.  Other than perhaps Built for Speed there are no memorable songs at all here and so it just lacks reward for sitting through the many mediocre tracks hoping to be embellished with a anthem or two.