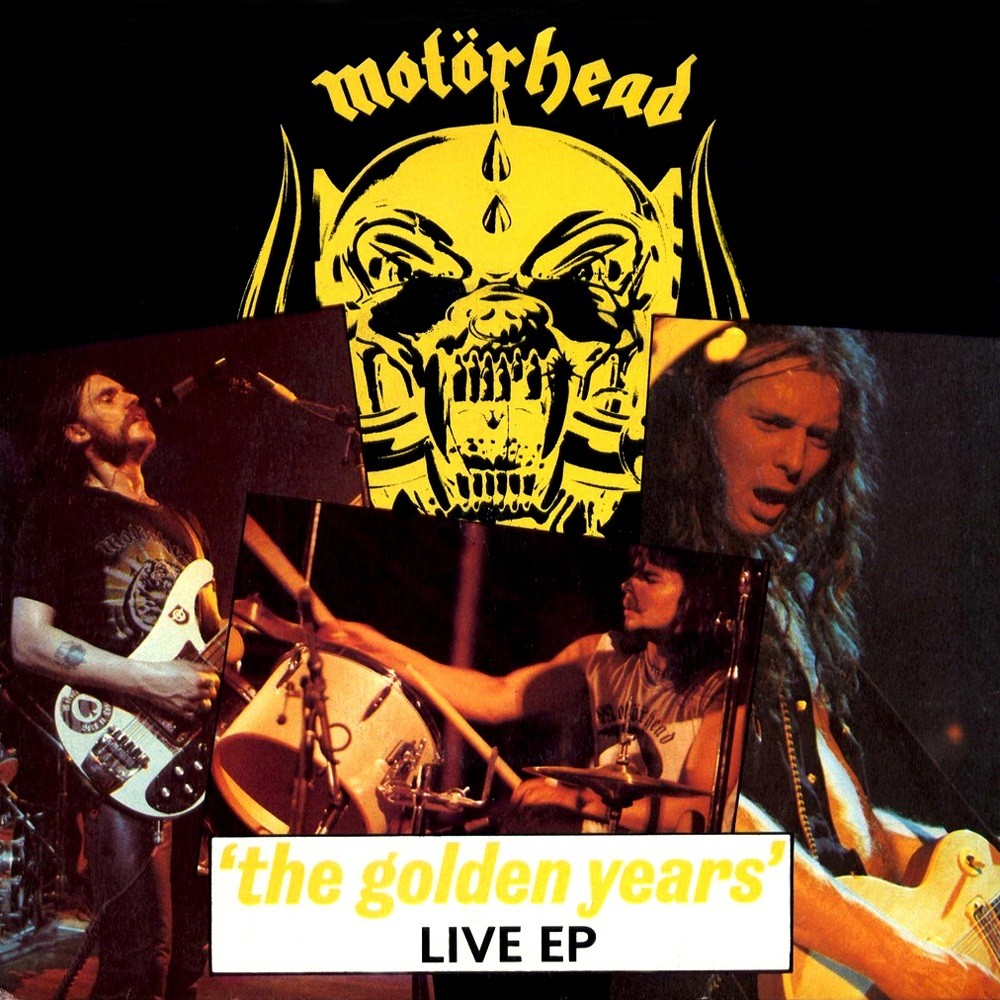 Motorhead’s “The Golden Years: Live” E.P. is a relatively unknown four-track live E.P. featuring recordings from their 1980 European tour. It includes renditions of the old Motown track “Leaving Here” which they’d previously covered on their initial studio album “On Parole”, “Stone Dead Forever” & “Dead Men Tell No Tales” from their classic “Bomber” record & the heavily underrated “Too Late Too Late”; an exceptionally strong B-side from the “Overkill” single which had been criminally overlooked for album inclusion. This release paints the perfect picture of Motorhead in all their glory, warts & all. Lemmy sounds grindier & nastier than ever before with a performance that highlights his abilities as a master showman. His vocals are a little soft on “Leaving Here” but this issue is rectified for the remaining tracks. That dirty yet powerful bass sound makes it perfectly obvious as to why Motorhead don’t need a second guitarist as Lemmy doesn’t need any assistance in filling out the sound beneath Eddie’s impressive guitar solos. In fact, the guitars are huge on this recording & take songs like “Leaving Here” & “Too Late Too Late” (my personal favourite) to another level from their studio counterparts. I really enjoy this E.P. & would thoroughly recommend it to any Motorhead fans out there.