Over two hours of music taken from a Japanese animated television show. It spans a huge wealth of electronic subgenres including techno, trance, progressive house, drum 'n' bass, IDM, downtempo, ambient, etc. There are a few really great tracks included, particularly the techno & ambient material which is most closely aligned to my taste however there's simply far too much filler here & I find the cheesy trance & quirky IDM stuff to be pretty hard going.

What are you listening to now? : Non-metal Edition
shadowdoom9 1 week ago

Iced Earth founder Jon Schaffer's arrest and being deemed guilty made me remember this alt-rock band my brother and I used to listen to before my "real" metal interest, in which they ended when their lead singer was arrested and sent to prison for nearly 3 decades for some severely obscene crimes. More info in my reply to this thread: https://metal.academy/forum/9/thread/652?page=1&#topic_6477 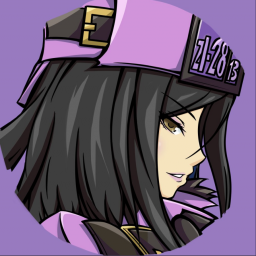 Transitioning From Metal
Ben 1 year ago

If any of you are thinking of bands that started as gothic death-doom but slowly (d)evolved into alt-prog rock, here are a couple of them; Anathema and The Gathering. While both of these bands disappoint heavier fans by not having their darker metal sound anymore, you know who might like their lighter rock sound? MY MOM!! Seriously, my mom's never really a fan of metal, but she's OK with softer rock sounds.

Unlike Daniel, I stopped really enjoying Anathema's work quite some time ago. I've always had time for The Gathering though, at least I did while Anneke was still part of the band. I think I listen to their non-metal albums more than the metal ones, simply because they can be played while the family is around.

What are you listening to now? : Non-metal Edition
61