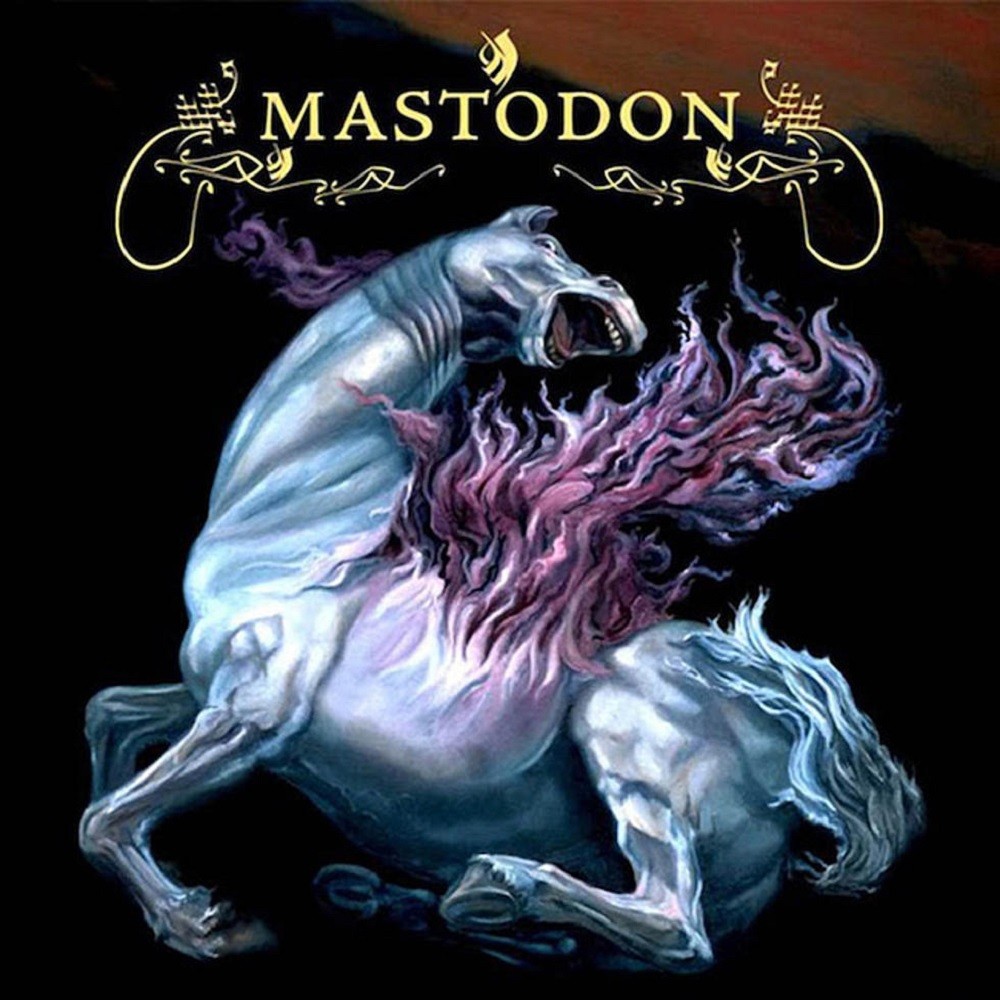 Many debut albums seem to receive a mix of mainstream acclaim and uninformed criticism, but the band does not get far more popular until years later. The detractors have two reasons for not liking the album or the band; either they don't get the band or they just malign the band but prefer Opeth and Meshuggah, bands that are also popular but more superior at the time.

That's a bummer for this band, Mastodon... Remission is probably the most overlooked underrated album in the discography. The band started with a one-two punch of supreme albums and I like the latter album, Leviathan a little more but NOT so much more that this one would be poor in comparison. The band members all met each other in a High on Fire concert and share their interests of tech metal, hard rock, and grindcore. This resulted in a sludgy beastly band with mixed influences of 70s rock, 80s metal such as Metallica, and 90s post-metal such as Neurosis, whom that band's lead singer Scott Kelly would guest appear in subsequent Mastodon albums.

There's no metal opening like in "Crusher Destroyer", beginning a Jurassic Park audio sample of a mighty T-Rex roar and the girl Lex screaming her brother's name, "Timmy!!" The song itself is as heavy as crushing as the title would imply, even at just two minutes. "March of the Fire Ants" has a better Meshuggah feel that I love. "Where Strides the Behemoth" is another perfect technical sludge behemoth of a song.

"Workhorse" shows some of the band's best driving music ability. Things start slowing down in "Ol'e Nessie" with an interesting distorted guitar melody before the song starts transforming into heavier sludge. "Burning Man" is a kick-A song filled with blazing speed/thrash metal. What other songs that heavy are there here!? "Trainwreck" is a long sludgy progressive track starting with beautiful arpeggios that might infect the minds of any listeners of the song. That goes on for two minutes before the Tool-like progressive sludge comes in.

"Trampled Under Hoof" is another trampling head-banger that also has the progressive odd signature and catchy riff. Despite the heaviness, this is probably the weaker song here. "Trilobite" continues to explore sludgier territories once again crowning Mastodon as the kings of melodic progressive sludge metal with the Neurosis influences very well appreciated. The last double down dish of terrific twisted songs start with "Mother Puncher", having some great odd signatures, frantic drums, and hypnotizing guitars. The latter song is the instrumental closer "Elephant Man" dedicated to Joseph Merrick, exhibited at a freak show because of his severe deformities. The band would make another outro dedicated to him in the next album Leviathan. There's an amazing melodic blues solo towards the end of this instrumental.

Remission is filled with majestic early 2000s progressive sludgy heavy metal. See?! Heavy metal ain't dead! Some bands don't write songs so well, but a great amount of others including Mastodon really know how to write the best music. That band knows how to make sure metal is still living....

A solid debut album but I find that it's not quite as memorable as subsequent releases like "Leviathan" & "Crack The Skye". It's probably missing a couple of real standout tracks in my opinion. The musicianship is excellent (particularly the drumming) & there's also a strong backbone of hardcore punk energy which I quite like. The band certainly has plenty of ideas but I find myself returning to "Remission" less often than other Mastodon material.