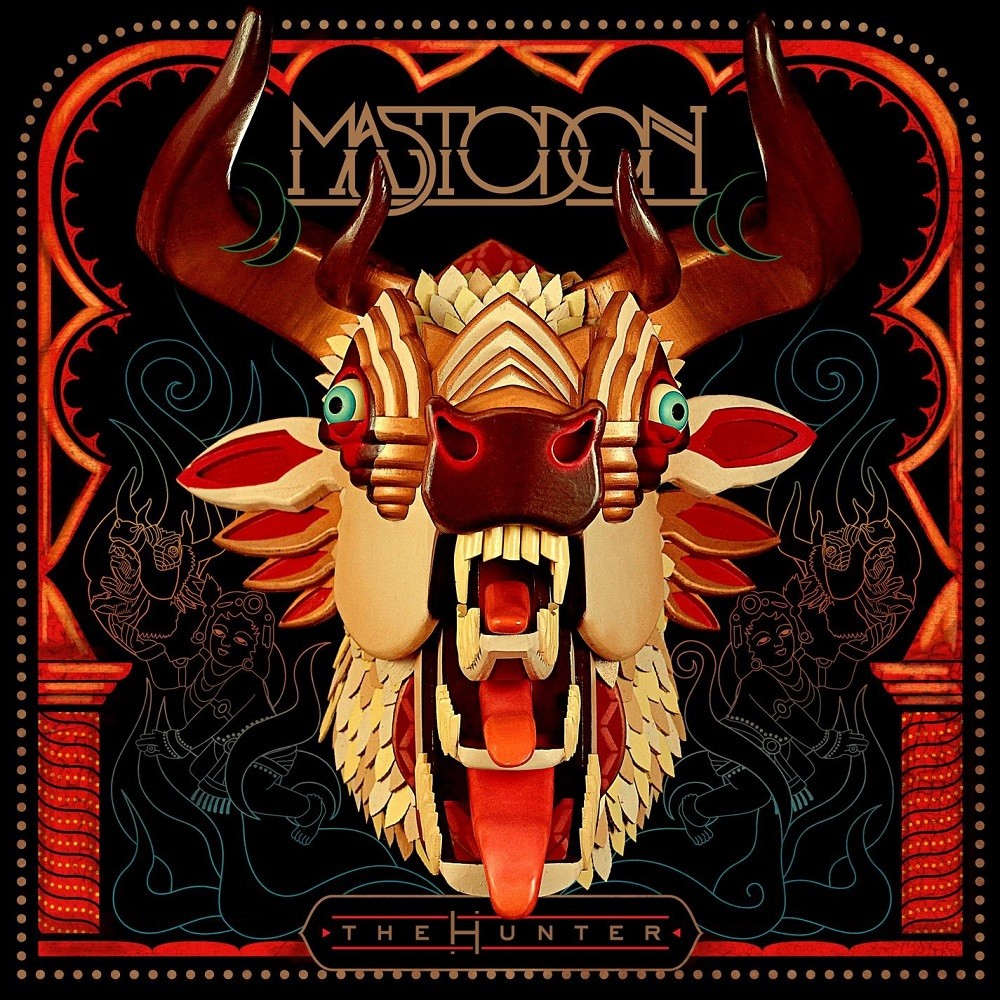 Mastodon's career has quite a sound evolution, parallel to but much better than when the famous thrash Metallica and progressive Queensryche switch to a more alternative sound in the late 90s/early 2000s. Mastodon started as progressive sludge metal, then slowly started embrace a more accessible progressive side, leading up to their progressive metal masterpiece Crack the Skye. Then there's one album where the band added a more basic Load/Reload-like heavy/alternative template to their progressive metal sound while still making this overhaul sound natural. Do you wanna take a guess? That's right, it's The Hunter!

It's very easy to compare this album to the band's first two albums, Remission and Leviathan, but it's not too far off from the more progressive tropes of Blood Mountain and Crack the Skye. In fact, The Hunter has every sort of sound from those 4 albums, and despite them being stripped down more than a stripper, everything has a clear and much different sense than ever before.

The opening track "Black Tongue" is probably the strongest of the bunch, starting with a heavy yet infectious riff. "Curl of the Burl" is a good single choice and has a strange music video, which is yet another contributing factor to how I became in this band, when I watched that video a few years before this review. That song is a radio/TV-friendly stoner tune with great vocal harmony emphasis. The shorter "Blasteroid" is a blast of groovy heaviness with some of the earlier screaming vocals in the chorus. "Stargasm" has an orgasmic psychedelic intro before the heaviness continues with some of the best singing here. More of the best singing comes in "Octopus Has No Friends" (what a poor lonely octopus), which I feel like skipping because of the weird title and I don't like it as much of many other songs in this album and other like Crack the Skye.

"All the Heavy Lifting" has all the heaviness the band has lifted that weren't missing in the songs so far, but it's not really as memorable as other songs with the chorus being a stoner droner. The title track is a strange trippy trip and doesn't do a lot for me. "Dry Bone Valley" is another good straight rocker, so that helps bring the score back up for a small moment. "Thickening" is as thickly tedious as the title track.

"Creature Lives" is incredibly soothing with stunning harmonizing vocals, sung solo by drummer Brann Dailor. It is a complete departure from Mastodon's previous albums and would sound terrible if it was in any of those previous albums. "Spectrelight" is one of the best and heaviest tracks in the album, much less blurry than many previous songs and a potential live staple. Once again, Neurosis' Scott Kelly contributes his heavier vocals. He appears in so many Mastodon albums that he should really be actually part of the band! "Bedazzled Fingernails" is another good song here, despite another odd title. Good synth, Cynic-esque robotic vocals, and it has a seriously epic feeling without being a 10-minute epic, which the album doesn't have. And finally, "The Sparrow" is a nearly-instrumental finale with only a single line repeated throughout, "Pursue happiness with diligence", sung in an intensely varying melody. After the synth solo, the song builds up for the last couple minutes then calms back down.

Mastodon is a band that goes through a drastic change in each album, and those drastic changes come smoothly. So it's a little unfair to compare albums just because you hate a style one of those albums have. At this point and opinion, there's probably no way Crack the Skye can be topped off, except maybe Leviathan in my opinion, NOT that The Hunter was made to top off Crack the Skye. Sure, The Hunter might have similar tropes to the previous album, but used much differently. If any of the previous Mastodon albums especially Crack the Skye doesn't make you interested in Mastodon, The Hunter might work. Call it a masterpiece or a sellout, but it's still almost as good as the rest!