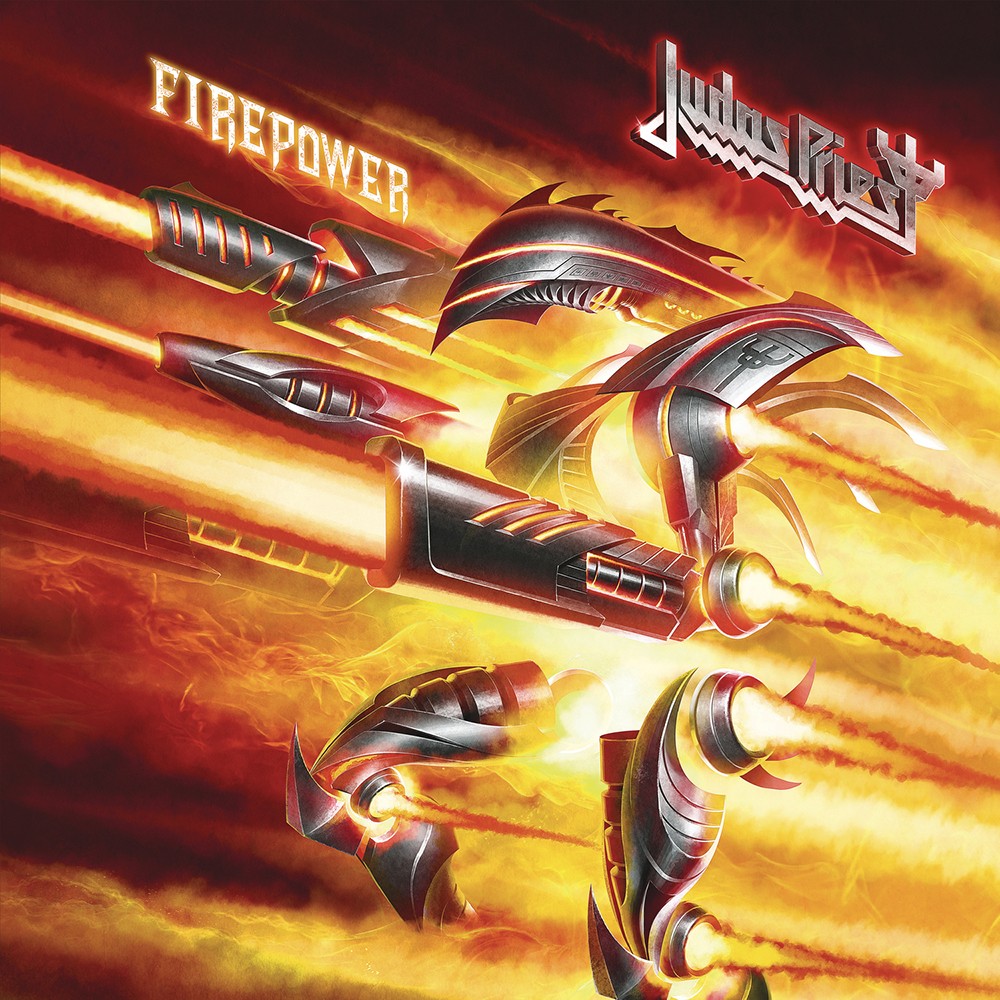 I have a long relationship with Judas Priest. My first album was Sad Wings of Destiny and I first saw them live on the Stained Class tour. This relationship has been a turbulent affair and, at times, it has become extremely strained. The four albums from Sad Wings.. to Killing Machine are as good as any in metal, but then things went downhill fast - the eighties best forgotten except for Defenders of the Faith, the nineties started well with Painkiller, but then... oh dear! Rob returned and the Priest put out a couple of bloated half-hearted attempts at rekindling the flame and I'd had enough. So here we are in 2020 and this has been out a couple of years now, so I thought I'd give it a go and, you know what, it's pretty damn good. Certainly their best since Painkiller in my opinion. There's some real stormers - the first three out of the gate really let rip and suddenly the years just roll away, Rising from Ruins, Flamethrower, Traitor's Gate all kick ass and, great news for all us aging bastards, this proves that there's life in the old dog yet!

When I was 14 I witnessed the video on Raw Power TV to the title track from Judas Priest's "Painkiller" album. I hadn't heard any Priest up until that stage despite me having a good selection of Iron Maiden and Saxon records under my belt by that age. "Painkiller" blew me the fuck away! I mean, what was not to love? Thunderous drums, a mix of gruff and shrill vocal antics and duelling lead guitars. I went straight out that afternoon and bought the album and blasted it for consecutive days for the next 3 months. All in all, not a bad gateway album to the band. The final point to make about "Painkiller" was that the record kicked the ass of most other releases in what was simply a stellar year for metal with "Rust in Peace", "Cowboys from Hell", "Danzig II: Lucifuge" and "Harmony Corruption" all dropping that same year, to mention but a few.

The real draw of "Painkiller" was the memorability of the experience, the intensity aside (which in itself was a fucking energising venture) one run through the record left seared scorch marks across your brain. For years after I could run through the entire album in my head note for note. "Firepower" is exactly the same. A mere 24 hours after it coming into my life and I can sing along with the lyrics, air guitar to near note perfection and bash my fingers bloody to the drums on my desktop. It's full of anthemic choruses and simple yet effective hooks that just pull you in.

Now, here's where the "Painkiller" comparisons stop. "Firepower" is not another "Painkiller" in terms of pace or intensity by any means (whoever expected as much is dreaming). It is however really strongly written and the arrangement is damn near perfect. Let's not forget that Priest formed in 1969. That's 49 years ago and they can still put out relevant and exciting metal almost without effort.

Try and not headbang to any of the opening six tracks, if you can achieve it you are almost certainly dead inside. Try not to make ridiculous gurning faces to any of the lead work on here and again if you succeed, check your pulse! Sad though it maybe that Glenn has confirmed his Parkinson's is now progressed enough to stop him from touring there is no doubt that he can exchange blows, pound for pound with Faulkner and barely break a sweat. Travis is as solid as ever behind the skins and although all my attention is on those fucking guitars he thumps along well enough to lynch the sound to a rhythmic core, as Hill rumbles along moulding his bass lines to the rest of the instrumentation nicely. Halford still sounds strong to my ears, not his old self by any means but he carries off "Firepower" brilliantly.

There's no point doing a track by track description here, if you have read the review to this point you'll get the idea. Criticisms? It is too long, by about 2 or maybe 3 tracks. However, you can easily suffer the dips in the quality here and there as you are rarely away from some truly great music. It does get a little samey at times too but that's forgivable to me as nobody is looking to reinvent any wheels here this may cause issue with the longevity of the record though for me. Right now though I love it, I fucking love it.