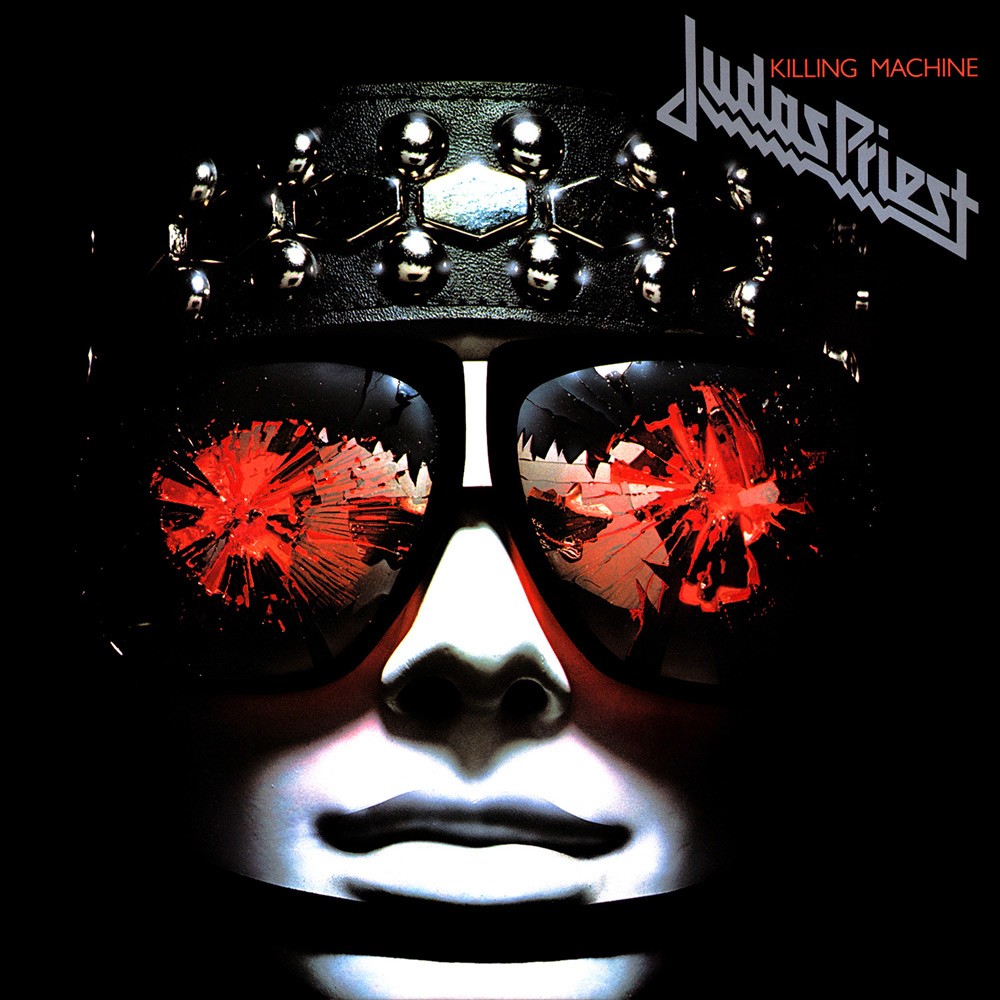 Judas Priest were on quite a streak in the mid-to-late 1970’s. Their first four albums had seen the band going from strength to strength & as their confidence grew so too did their ambition. So much so that barely eight months after the release of their last album Judas Priest fans were gifted with yet another record from their heroes. I quite enjoyed “Stained Class” from earlier that year. It was yet another solid effort but I have to admit that although I really enjoy the early Priest albums I can’t say that I genuinely love any of them. I think I’m perhaps a bit young to really be able to relate to them as well as someone who was a teenager in the late 70’s would. Still, each release saw Priest getting that little bit more metal & my interest was growing accordingly.

I can vividly remember the first time I heard “Killing Machine”. It was around 1987/88 & I was about twelve years old. I was visiting a mate’s house after school & his older brother was a big heavy metal fan. He also played lead guitar in a band so we both thought he was pretty cool even though he was generally a bit of a prick to both of us. On this occasion he was enjoying our attention so he was being friendly & playing us some Iron Maiden albums in the lounge room. It must have been pretty obvious that I was becoming heavily involved with the music so at some point he went back to his bedroom & brought back a cassette copy of “Hell Bent For Leather” (i.e. the US release of “Killing Machine). I'd never heard of Judas Priest before but the album made quite an impression on me. I borrowed the cassette so that I could dub it at home & ended up playing that tape to death over the next couple of years.

Priest didn’t really change things dramatically from album to album during the 70’s. They generally made small adjustments to their already well-defined formula in order to fine-tune their sound. Thankfully for me the changes they made for “Killing Machine” took them in a direction that really suited me. Firstly, the guitar sound & riffing style is more metal than ever before. In fact I’d go so far as to say that this was the moment when Judas Priest went from being a 70’s proto-metal band into a fully-fledged heavy metal act in the 80’s sense of the term. This adjustment went along very well with the band’s new image of leather & studs too. The other noticeable adjustments are the shorter & more marketable track lengths & the inclusion of a couple of tracks with a consciously commercial edge to the song-writing & hooks. Some people may feel that this was selling out however I think that those people are missing the point to an extent.

The album begins with a major bang. Opening track “Delivering The Goods” is an absolute monster! In fact of all of Priest’s 70’s material this song made the biggest impression on me. The riff during the chorus is as metal as it gets & I literally get goose-bumps every time I hear it. “Hell Bent For Leather” & “Burnin’ Up” also provide some major highlights & are both up there with the best tracks Judas Priest has ever recorded. “Killing Machine” (a bad-ass bluesy chugger), “Running Wild” (a heavy metal anthem that sounds like it provided Iron Maiden with the blueprint for many of their early songs) & “Evil Fantasies” (a sexy rocker that owes more than bit to Led Zeppelin) are also of a very high quality. However as with all of Priest’s albums up to this point we also get a couple of less impressive tracks. “Rock Forever” is a pretty basic hard rock tune that's unfortunately crushed under the weight of “Delivering The Goods” while acoustic ballad “Before The Dawn” is a fair bit too cheesy for my taste & this brings me to my next point. There are definitely a couple of tracks on “Killing Machine” that tread pretty close to that line. Both “Evening Star” & “Take On The World” seem to be clear attempts at a more commercial sound. They're both very simple with big choruses & sound like they would fit in very well on commercial radio. In fact “Take On The World” is a very obvious attempt to emulate the appeal of Queen’s “We Will Rock You”. Luckily I think both tracks have the hooks to keep me interested. The verse of “Evening Star” is quite brilliant & carries the track through a subpar chorus. This commercial edge would continue to pop up on future albums with varying success. I’m open to a more commercial sound as long as the songs hold up but if we look at “Killing Machine” it’s pretty clear that the best material comes from the more serious metal tunes. Luckily there are so many great ones.

I don't think it's unfair to think of "Killing Machine" as the start of a new era for Priest as the band started to take new directions with their sound. In fact I think they were ready for a change & “Killing Machine” might just be the first Judas Priest album that I really loved. Don’t get me wrong. I like all of their 70’s material but this one just hits a bit closer to home for me & has more highlights. It’s also that little bit more metal which pushes it further into my comfort zone. It really is unbelievable that the band was able to pull all of this together in such a short space of time.