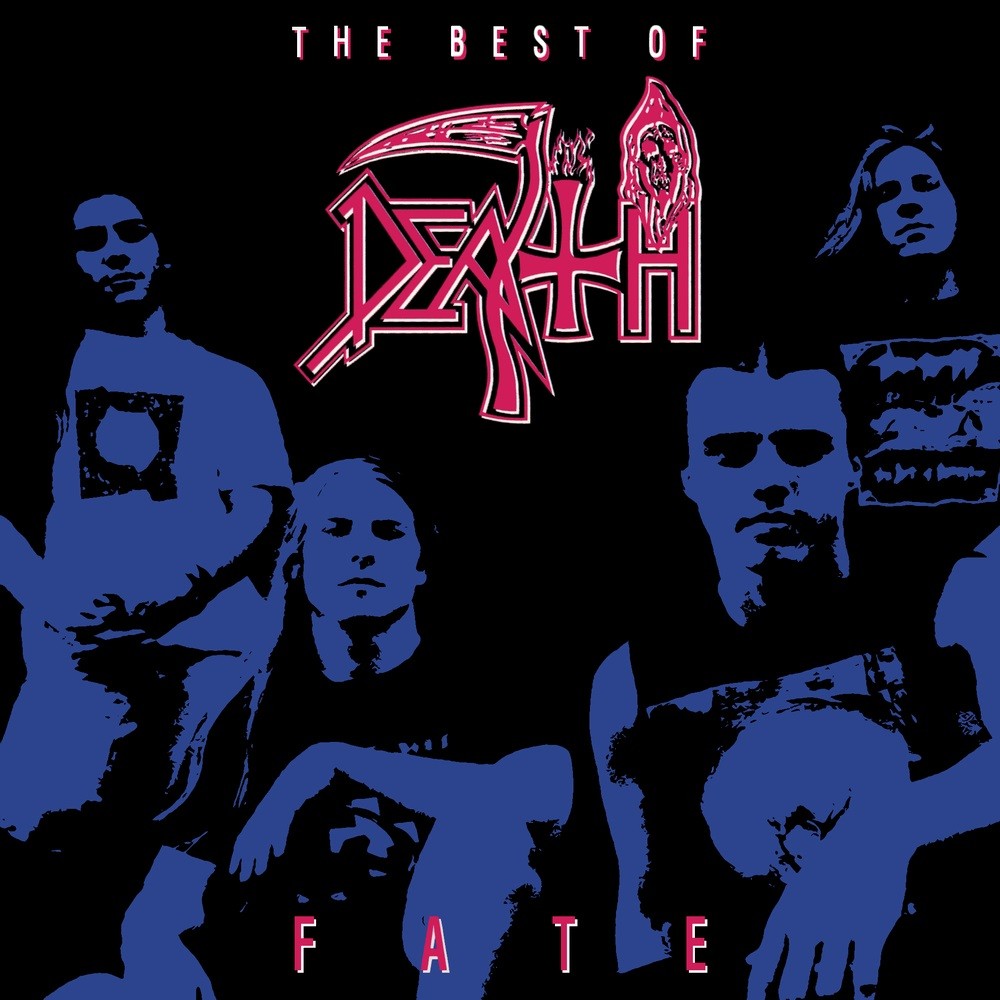 A carelessly slapped together Death compilation that has nothing of worth for serious fans.

Compilations can come in a few different forms. There’s the compilation that contains rare and unreleased tracks so that fans can hear more stuff from a band they already know well. There’s the compilation that packages a few older out of print EPs for newer fans of a band that might have missed out the first time around. Then there’s the best of compilation that gives the uninitiated an overview of a band’s discography with the hope that they might then go buy all the full length albums. If a label’s smart, they’ll combine a couple of the above options, making the compilation interesting to both old and new fans alike. Relativity were not smart when they created their best of series in 1992. They had some of metal’s most loved bands on their roster and instead of getting the members of each involved and putting together some really interesting packages, they chucked together a bunch of obvious tracks from existing albums, sloppily remastered them, included the most basic of liner notes and slapped on some seriously crappy artwork. You can find one of these compilations for Dark Angel (Decade of Chaos), Death (Fate), Exodus (Lessons in Violence), Forbidden (Point of No Return), Possessed (Victims of Death) and Venom (The Book of Armageddon). All contain similar thirty second Photoshop excuses for album covers and none include anything of worth for serious fans.

Fate: The Best of Death was put together after the band had released four full length albums, so at least there’s a fair selection of material that Relativity had to choose from. The Forbidden Relativity compilation chooses tracks from the band’s only two albums at that time which is just ridiculous. Considering how important and impressive all of Death’s material had been, there’s pretty much no way that this compilation was not going to be entertaining to listen to. But for a massive fan of the band such as myself, there is absolutely no real reason to own it. It’s all made worse by the sound quality not being particularly good. Whoever remastered it (actually, it was a guy called Allan Flaum, whoever that is) had an unenviable job due to tracks from each era having such dramatically different sounds and volumes (Leprosy is twice as loud as Human), but it seems he dampened the power of many of these tracks in an attempt to make them all fit nicely together. Death deserved a lot better than that and I can only imagine how unimpressed Chuck would have been at the lack of effort from Relativity. The track selection and liner notes were apparently done by Kevin Sharp of Brutal Truth fame. While he doesn’t do a particularly bad job, it’s apparent that he’s a fan of Death’s first two albums (Scream Bloody Gore and Leprosy) from which he chose three tracks off each, above the later two (Spiritual Healing and Human) from which he only selected two.

The compilation only runs for 48 minutes so there was plenty of room to choose three tracks from all four albums, so I can only imagine his emphasis was intentional. He correctly selected Zombie Ritual and Baptized in Blood off Scream Bloody Gore, but I think his third choice Mutilation stands out as the lesser track on the whole compilation. Once again I think he nailed two out of three from Leprosy with the correct inclusion of Left to Die and Pull the Plug. While Open Casket is certainly a great track, I think the fantastic title track deserves a place on any Death best of and is sorely missed here. Thankfully, Kevin did choose the title track off Spiritual Healing and his second choice of Altering the Future is by no means a bad one, but I’m sure most fans would have liked to have seen Living Monstrosity included somewhere. As for Human, I think this is where Kevin got it wrong. Every track on that album is great including his choices Together as One and Suicide Machine, but the real highlights would have to be Flattening of Emotion and Lack of Comprehension. Overall I’d say the track selection is reasonable enough, but it would only really be of interest to someone not already acquainted with Death. If you happen to be a fan of Death’s more modern material and want to check out what they were like in the old days, then Fate is not a bad option. For the rest of us, move along.