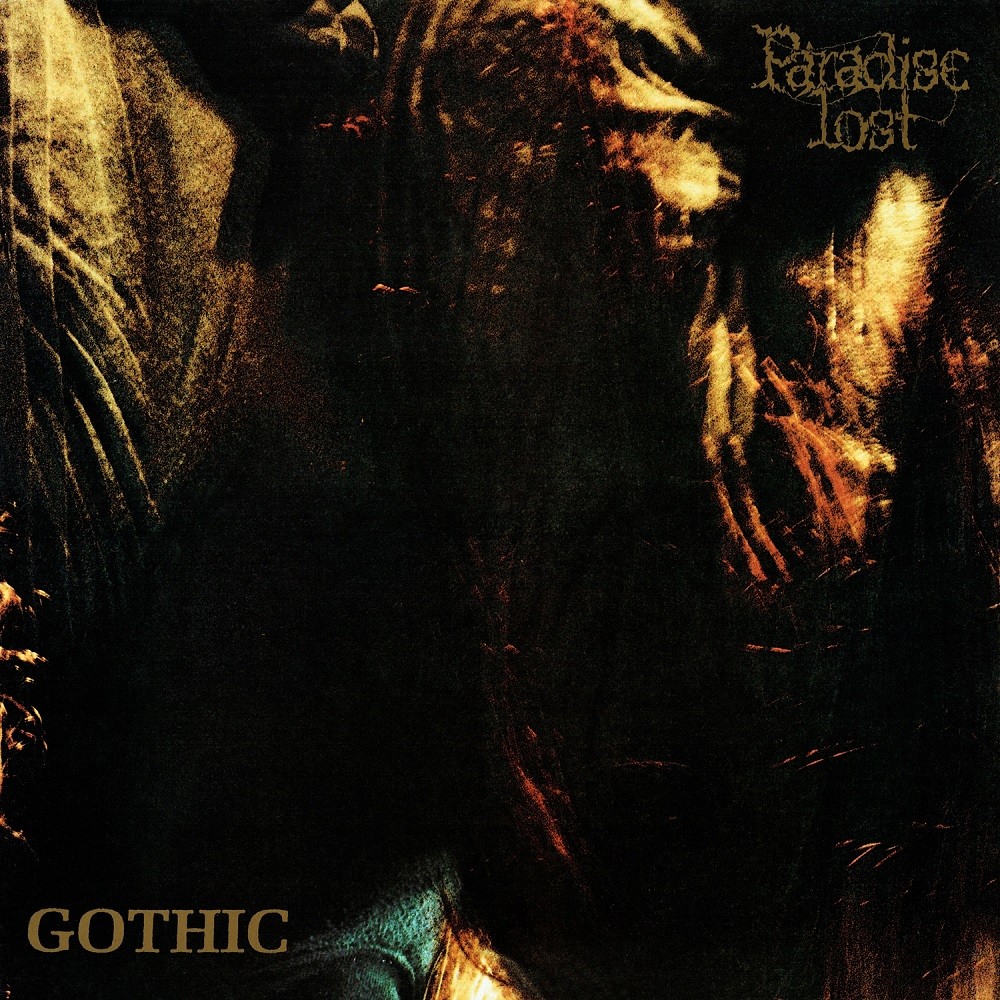 I've always been a sucker for death / doom metal. Bands such as My Dying Bride, Evoken, Katatonia, Swallow the Sun and Saturnus just kill me every time I listen to them (in a very good way). And whom should I thank for all this audible bliss? The answer is right here! Paradise Lost were the first to successfully mix slower, doomy music with guttural vocals and include gothic overtones with keyboards and female vocals. They would kick off an English trend which My Dying Bride and Anathema would pick up and run with shortly after. This formula would be used time and time again over the years, sometimes successfully, other times not, but this is where it all started.

Nick Holmes vocals are just awesome on this release. I really don't care for a lot of his clean vocals that would take over shortly after Gothic (although he has improved over the years), but his work on this album is emotional yet brutal, and when mixed with the exquisite melodies and female vocals make for an amazing mix. The guitar in general is beautifully dark, with great riffs and melodies throughout that are immediately recognisable.

But as important as Gothic is, it's not a perfect album. The sound is muddy, and a few tracks are not as high quality as others. Gothic, Shattered, Eternal, The Painless and Angel Tears are all brilliant, but Dead Emotion, Falling Forever and Silent are not quite as good. But this slight lack of consistency is really nit-picking what is an awesome and hugely important album. Gothic deserves a much higher rating than the 3.58 that it has at the time of this review. I believe this score has been pulled down by fans of latter-day Paradise Lost fans that can't handle the more death metal aspect of the band. If you like any of the bands I mentioned above, this is essential!

I missed the boat completely on Paradise Lost. Back in the early 90s I somehow skipped the death doom / gothic metal combo of Halifax’s finest and went straight into the extreme depths of the likes of Obituary and Morbid Angel for my dm fixes. This is an important point to labour for my explanation for me coming around to doom as an over-arching genre so late in life. Paradise Lost like Trouble, Candlemass, Anathema, My Dying Bride and Cathedral were always a band I was aware of from virtually day one of my metal exploration, yet they ended up cast aside in favour of more intense extremity despite their obvious merits.

When I did finally get around to looking at them, they were releasing albums that most certainly did not sound like Gothic. This is both a good and a bad thing in so many regards. The production on Gothic is bordering on terrible. Guitars are buried under what sounds like layers of muck, with percussion suffering the same punishment also. Only Holmes’ death growls manage to sound coherent and beefy in this hideously constrained mix. I can cope with the weak and wobbly guitar melodies as they do carry some elements of authenticity to the more gothic tropes of the record, but their general lack of overall presence feels like daylight robbery. However, despite these challenges, the true dark power of Paradise Lost seeps through; almost as if consciously refusing to accept the prison walls in which the production entraps them, Paradise Lost persevere with a determination that belies the lack of strength in the album sound.

Enchanting and menacing in equal amounts, Gothic manages to be a success still even though it stands minus a limb to make its foundation solid enough to seemingly bear any weight. It does manage to hold structure on songs and set looming atmospheres also without ever becoming overly dramatic or theatrical. As a band that were already transcending a typical death / doom style their sophomore release manages to incorporate these less-extreme elements in a balanced enough format to hold the interest of this scribe at least. If you have chance to catch the version of the album with the bonus tracks you will catch this brilliance on Rotting Misery (Doom Dub), with the harrowing guitars and bone delicate piano keys complementing each other perfectly.

Even with the positives noted, it is hard to give Gothic a big score when it comes to an overall rating. The cruel sense of injustice as I consign this album to just three stars is a sensation that does weigh heavy on even my usually unforgiving shoulders. Mackintosh’s song writing ability is clear and present even at this early juncture, but it lacks a nurturing enough of an environment to be given the opportunity to really shine. Likewise, Holmes’ guttural performance intimates a promise simply stifled by clearly having a knob-twiddler at the production desk who had no idea what to do with this sound.

Gothic is pretty much where Gothic Metal got it’s name and signature sound, especially the title track. Of course, the majority of this album isn’t actually Gothic Metal – rather straightforward Death Doom is the name of the game here. They add some female vocals and melodic lines every so often, but otherwise this is pretty stripped down and basic.

My favorite part of this album are actually Nick’s vocals. Those are some monstrous howls right there, and the heavy reverb ensure they create a great atmosphere on their own. I appreciate this one a lot more than when I first heard it, but I still see it as an overrated stepping stone simply leading the way to truly great Death Doom and Gothic Metal that other bands would perfect.