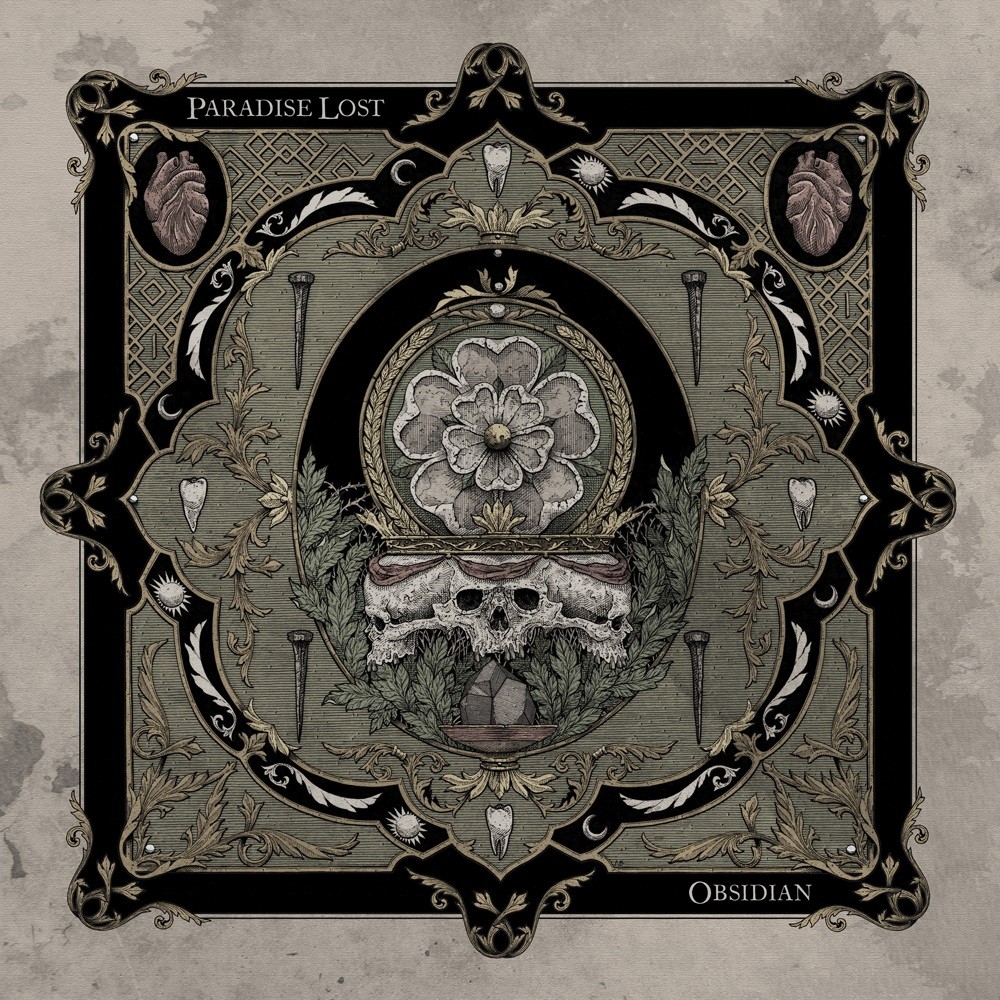 Paradise Lost have been around for as long as I can remember.  Throughout my thirty plus years of metal listening they have always been on some mag cover or being praised by peers and acquaintances alike, but somehow have never ended up on my turntable (albeit a virtual one) until today.  I have heard bits of them now and again and have always gotten on with Holmes input in Bloodbath, but for some reason I have been compelled to check them out.  On another haunt I frequent this record is getting multitudinous praise so I curiosity has finally gotten the better of me.

As a standalone release it isn't half bad, arguably you'd expect a band with three decades of experience to be able to deliver though right?  The obvious highlights are Holmes' vocals and Mackintosh's guitar work and whilst this does not mean that either are perfect they are certainly the commanding performances that you remember.  Where one element slips a bit or doesn't work for whatever reason the other steps in and raises things back to the consistent level that gets benchmarked virtually from the off.

Starting an album with a slow burner like Darker Thoughts is a bold move that the band pull off well; the track grows nicely imparting an expanding sense of menace and threat which sets the tone nicely for the rest of the record.  It stays with you as well.  Notwithstanding the fact it was one of the tracks to get a video, the song feels personal without being soppy.  Its density is the weight of the woe in the lyrics and the emotionless style works well in the delivery of this melancholic opener.

There's a lurching energy to Fall From Grace and Forsaken that is oddly appealing as I am not sure I love them that much as tracks but somehow there's enough effort been put into the songwriting that I can't seem to not listen to them even when they feel a little off-kilter.  On these tracks it is usually Greg's guitar that saves them from the skip button and the tone of his lead work is dripping with melancholy and the crunch of his and Aedy's rhythm guitar work is bone-jarring at times whilst they are also perfectly capable of applying more than sufficient melody to support the dank, gothic atmospheres of most tracks.

It's a tad too long as an album and I count three tracks that I can do without that are more forgetable as opposed to being awful.  Overall though it sounds like an accomplished record by a band who know how to write songs and compose a record competently.  I am not blown away but I am suitably impressed to wonder if I have been missing something al these years.

This Paradise Has Passed

It pains me to say it, but Paradise Lost's best years are behind them and this album is proof of that. And that sucks, because I really enjoyed albums like In Requiem and The Plague Within. But with this? It feels tired, played out, and lacking in basically any melodic song structure that were this bands selling point for years.

And the album starts with "Darker Thoughts", which I thought was a very good opener, but it set a poor first impression since outside of a couple of mid album highlights, this album feels so redundant. And the bands not even ripping off themselves; instead they go for these rhythmic chugging patterns with palm muted strings. The synths that open up "Forsaken" sound dated, while the strings that pop up near the end of "Ending Days" did add some nice dynamic flare, but those moments are few and far between.

The guitar melodies and solos, which were once the bands selling point, are reduced, although they do sound good. But like with most doom metal albums (even the good ones), it goes on way too long, the back half of this record is utterly forgettable, and while the dual vocals of Nick Holmes are still impressive, neither his screams or clean singing are performed with the same level of commitment as previous records. Swallow The Sun and Officium Triste made great, forward thinking doom metal records last year. Maybe you should check out those records instead.