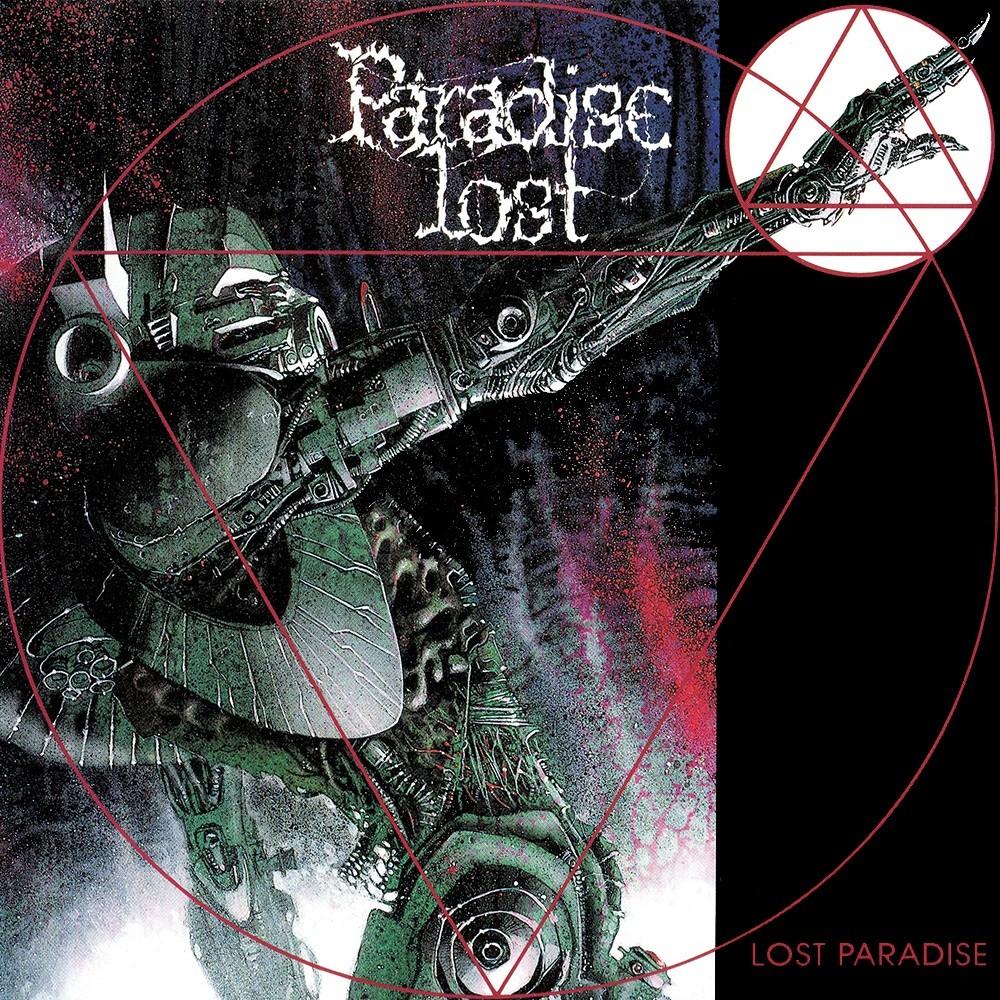 February of 1990 saw the release of an album that I have found to be very interesting indeed - Paradise Lost's debut, Lost Paradise. I have hardly been reticent in my oft-spouted dismissal of a fair bit of the output of the so-named Peaceville Three, but this is a whole different kettle of fish entirely. Anyone, like me, approaching this after hearing their later gothic death doom output first may be a little wrong-footed by the rawness of this debut. It takes the downtuned and dirty approach of Autopsy's Severed Survival and slows it down further, incorporating even more Sabbath/Pentagram doom riffs and as a result turn in a slab of very early death doom which would go on to be extremely influential, certainly upon the UK death doom scene but further afield too. This is quite a different beast to the band's subsequent releases, with their gothic leanings, which are virtually non-existent here other than a few seconds of haunting female vocals during Breeding Fear.

I was particularly impressed by Nick Holmes' phlegmy, guttural growl which is a great iteration of death metal singing and one I would like to hear in a more conventional death metal setting. I see he also provides vocals for Bloodbath (after replacing Mikael Akerfeldt) a band I have inexcusably never listened to yet, so I think I will have to give them a shot to see if he is as effective with a more direct death metal style, as I suspect he may be. Despite Holmes' impressive vocals, I think it is quite apparent that Lost Paradise is the product of a band who are still finding their way, learning their craft and searching for an identity of their own. It is a raw-sounding album, there are plenty of decent riffs and guitar phrases and the slower tempo and doomy atmosphere add a different dimension to the death metal template, exploring this avenue even further than forerunners Autopsy and Sempiternal Deathreign and giving a good pointer to the direction Paradise Lost intended to take their sound.

At first I didn't really "feel" Lost Paradise, but as I have got to know it better over the last week or two, I have come to recognise that there are some really interesting tracks here and that this shouldn't merely be dismissed as a "warm-up" for the band's more celebrated material. It is almost impossible to discuss Lost Paradise with at least some mention of the follow-up Gothic, which is an album I was at first very reticent about but which has since wormed it's way up in my affections and now is one of my most-favoured gothic death doom releases. That album actually contains a lot more of the debut's DNA than I at first thought and it is the inspired addition of Sisters of Mercy-like gothic tendencies and Holmes' incorporation of Andrew Eldritch's vocal stylings into his own death metal growl that proved to be the move that allowed Paradise Lost to find their own (now much-aped) voice.

As I said at the beginning of these ramblings, I found this to be a particularly interesting release with some good, if not great material on it. Ultimately it indicated a band who were still a work in progress, but who were looking for a unique sound and, in hindsight, provided ample proof that they would be up to the task of taking that sound to the next level.