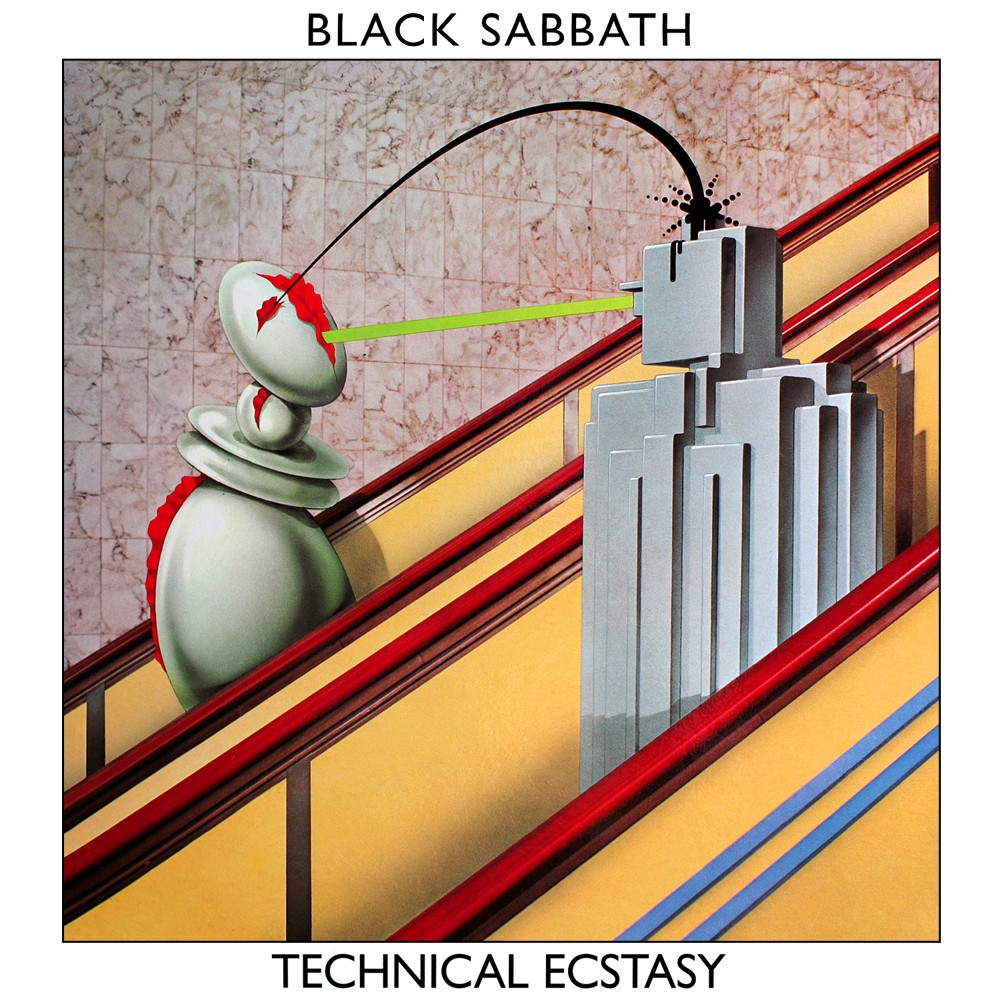 I really don't think this album get's as much credit as it deserves. I will admit to being more than a little biased, as it was not only the first Sabbath album I bought, as a naive 14 year-old in 1976, but the first metal album I ever bought, so maybe I will always see it through rose-tinted spectacles. Yes, it was a departure from previous album Sabotage and a couple of tracks were a bit of a misfire (She's Gone and It's Alright aren't great) but the rest of the album kicks ass and has three of my favourite Sabbath tracks - Gypsy, You Won't Change Me and Tony Iommi's finest ever solo on stormer of a closing track, Dirty Women. Beyond that, compared to the following album, Never Say Die and all the output between Dio's Mob Rules and Dehumanizer it's a fucking bona fide classic.

While it’s clearly apparent that drug & alcohol abuse had started to take its toll on the band by this stage “Technical Ecstasy” isn’t a complete failure in my opinion. I’ve always quite enjoyed the opening two tracks (“Back Street Kids” & “You Won’t Change Me”) as well as the two that close out the album (“She’s Gone” & “Dirty Women”). It’s really just the four in between that let them down. “It’s Alright” was easily the weakest song the band had recorded to that time & “Rock ’n’ Roll Doctor” wasn’t far behind it to be honest. The album really lacks those couple of truly classic songs that were so apparent on each of the first six Sabbath records too. It feels like a compilation of random songs from a band that was struggling for direction which is hardly surprising given the band’s personal issues at the time. Whilst some of the material is directed towards a more traditional hard rock sound as opposed to their signature heavy metal one that's not necessarily a problem if the songs are there. Unfortunately half of the album doesn't quite reach the benchmark. Having said that, Tony Iommi really does try his best to drag the ship along & his performance is commendable.  Overall "Technical Ecstasy" is not far from being a decent Sabbath album but the highlights aren’t quite impressive enough to carry the weaker tracks.