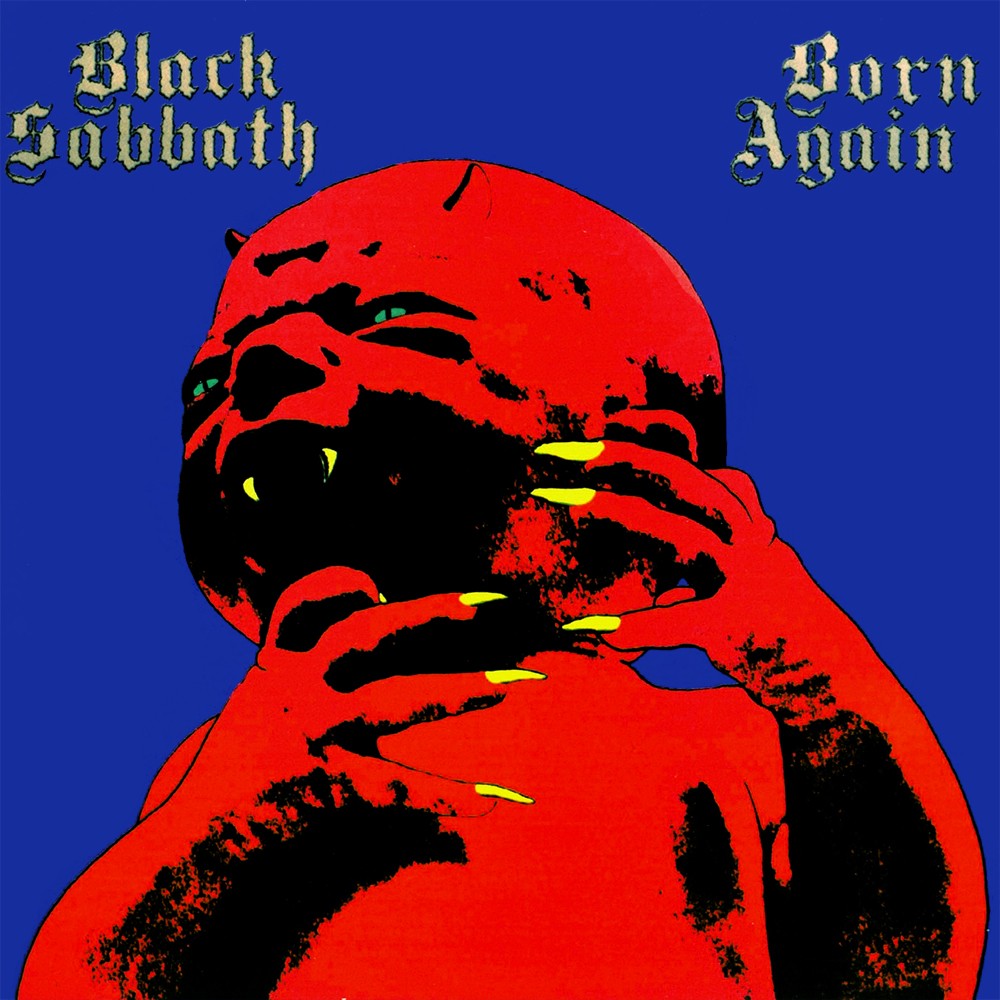 An absolute tragedy of an album. So much potential, almost all of it wasted.

Here we have all the ingredients for a great album. While most of these songs are pretty unconventional for Sabbath, they end up being some of the most unique and interesting they have ever written. The music here is great - the riffs, the atmosphere. Easily up there with Sabbath's best. Unfortunately, the production is awful. That isn't enough to completely ruin the songs, but it is not raw in an endearing way; there was a mistake in the studio apparently, and it shows. This was a mess.

Then, we have Ian Gillan. A fantastic vocalist, sure. But he just doesn't fit Sabbath. Ozzy isn't a great singer by any means, but he definitely has an ear for music, and his wails really fit Sabbath's style. Dio, there's really nothing that needs to be said; he can do just about anything. Both those vocalists wrote lyrics a little differently; Dio's lyrics were occasionally out of place in Sabbath, but his delivery was always on point, so it's forgivable. Ian has none of that. His lyrics are terrible; mostly about sex, getting drunk, rocking out, etc. On top of that, his delivery does not fit Sabbath at all. In Disturbing the Priest and Born Again, he does manage to sound somewhat menacing, but the rest of the time, he just sounds too damn happy. It doesn't fit at all.

Let it be said that there are no bad songs here, and one great one even in the title track. But the album could have been a masterpiece if handled better, and instead it's a mess full of unrealized potential.

One of the more noteworthy events in heavy metal in 1982 was the unfortunate break-up of the world’s greatest metal band following the departure of singer Ronnie James Dio & drummer Vinny Appice from Black Sabbath with 1983 heralding what could only be regarded as a celebration of the subsequent resurrection of those two in the context of their newly formed Dio project. But the remaining Black Sabbath members Tony Iommi & Geezer Butler were not willing to rest on their laurels following the separation either with the answer to Sabbath’s drumming problem ending up being fairly straight forward. The band’s original drummer Bill Ward had quit the band several years earlier due to long-term drug & alcohol problems however Bill was now completely sober so a reunion with his the old crew was the obvious choice for Tony & Geezer. The question of their empty microphone stand however would prove to be a little harder to answer.

The band’s management (i.e. Sharon Osbourne’s father Don Arden) immediately set about proposing all of the world’s greatest front men with Led Zeppelin’s Robert Plant & Deep Purple & Whitesnake’s David Coverdale high on the list. Interestingly enough they even received a demo tape from a young Michael Bolton which is surprising. Oh what come have been I guess. But the decision was eventually made to go with Ian Gillan; the amazingly talented front man from the classic Deep Purple lineup. Strangely this decision was made without Gillan even having jammed with the band. The arrangement was simply assumed it would be a winner. Gillan was originally a bit reluctant to agree however a night of heavy drinking was all that was required to convince him that he & his drinking buddies would make an appropriate union.

The new band was never intended to be a new lineup of Black Sabbath though. It was to be more of a super group of its own so that was the way that the band went about recording it’s first album together. But once the recordings were presented to the record label the band were informed that the final product would actually be being released under the Black Sabbath moniker whether they liked it or not. It makes you wonder if that sort of thing would happen today but I seriously doubt that labels have that much control now. Anyway.. the album would be released in August 1983 & would be known as “Born Again”. It featured such horrific cover art featuring a big red devil child on a bright blue background. Ian Gillan is reported to have vomited when he first saw it while Don Arden took pleasure in saying that it greatly resembled his offspring in reference to his well -known personal issues with his estranged daughter Sharon. This cover has gone on to be known as being amongst the worst in rock music history these days. I do think that’s a little harsh but it wasn’t the only obstacle that fans would be asked to overcome with “Born Again”.

Another problem was that the production was simply atrocious. It’s by far the worst sounding Sabbath record with a muddy & muffled sound doing it’s very best to nullify all artistic merit on display. The album includes some really heavy material but there can be no question that it takes effort to find it by sifting through the murky results of their studio labour. And the other major problem is that Ian Gillan seemed to really struggle to find his niche within the Black Sabbath sound. His bluesy style with his stunning higher register screams initially sounds quite out of place & most people have never been able to see past those initial feelings. Thankfully I’ve found “Born Again” to be a grower over the years after originally discarding it. A number of subsequent revisits have seen my opinions continue to rise until today I find it quite an interesting listen. The song-writing is generally pretty good with a couple of exceptions but there are no absolute disasters. There are a couple of ambient pieces included with varied results. The beautiful “Stonehenge” being a master stroke in my opinion & it led to the band including a hugely oversized prop for their stage show which would prove to be too big for most venues & subsequently became the inspirations for one of heavy metal spoof movie “This Is Spinal Tap”s funniest scenes. Tony’s guitar solos are excellent despite having to battle with the poor production while Geezer’s bass lines are as powerful as ever. There was so much potential here & I find it hard to believe that this record was never remixed because I actually quite like it these days even with the wealth of issues.