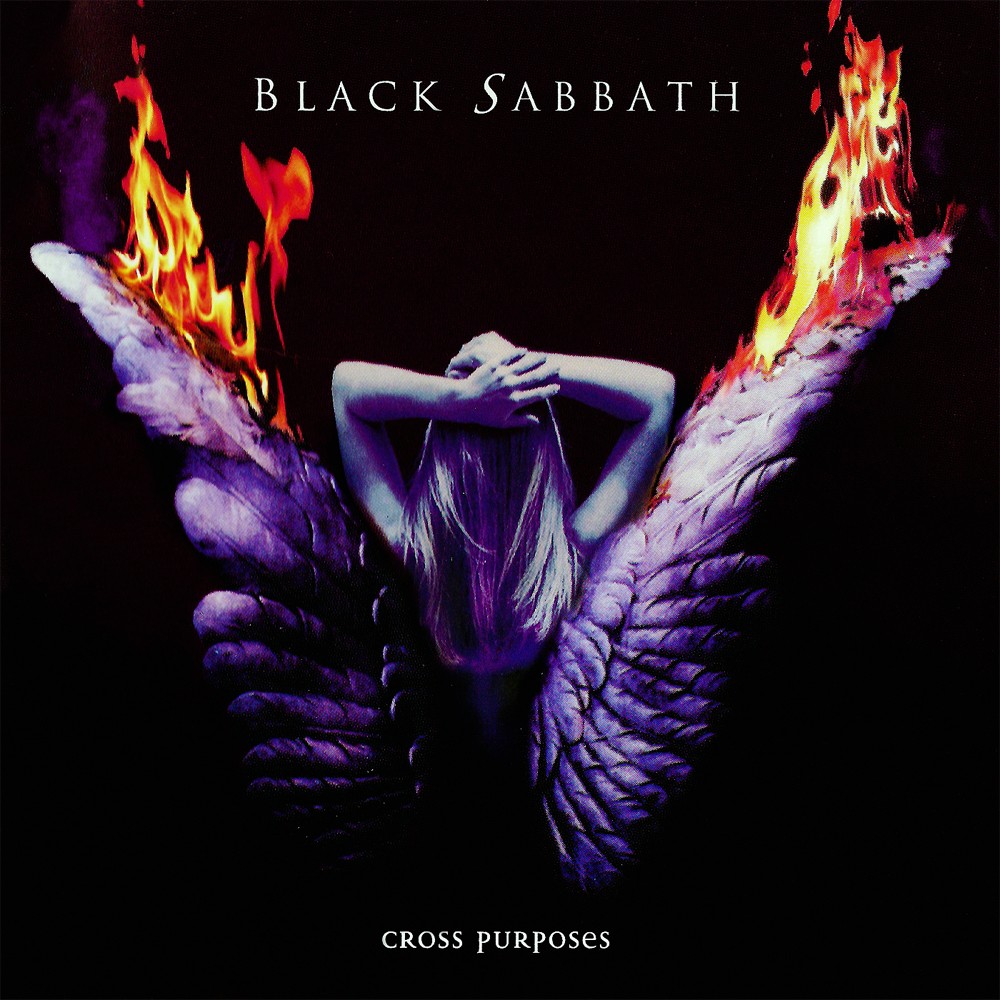 1992’s “Dehumanizer” was a great return to a darker, heavier sound so I was hopeful that the follow-up would continue on in that vein however the return of former vocalist Tony Martin saw an immediate return to a less metal & more AOR-friendly sound. That's not necessarily such a bad thing as I quite enjoyed the previous three Martin-period Sabbath records. All of those albums had their weak moments  but they also had some great ones & "Cross Purposes" seems to follow a similar pattern.

The first half of the record is really pretty strong. "Cross Of Thorns" is a pretty decent 80's-style anthem,  album highlight "Virtual Death" is a druggy dirge that seems to have been copied straight out of an Alice In Chains songbook & the crunchy metal riffage of "Immaculate Deception" is particularly solid too. Unfortunately things start to peter off in the second half of the record though with the horribly commercial "The Hand That Rocks The Cradle" being the clear low point & the decidedly flat "Cardinal Sin" not being anything to write home about either. Tony Iommi tries hard as usual but even his best efforts can’t drag the couple of weaker songs over the line.

Overall “Cross Purposes” shows glimpses of real class but fails to fully capitalize on it's potential & instead ends up sitting more in the category of "mildly enjoyable". I’ve always been a strong defender of Martin-period Sabbath & thankfully I've managed to extend my faith just far enough to encapsulate this largely under-appreciated record.