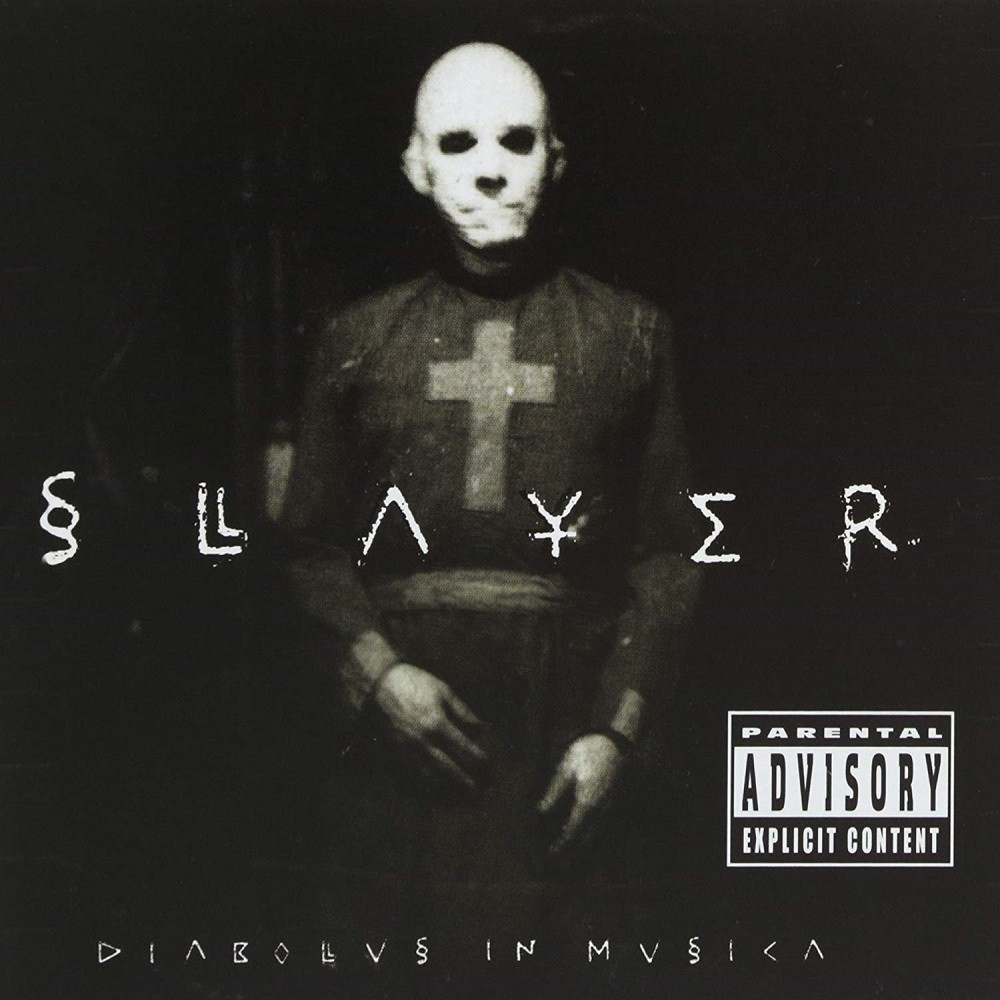 Contains some decent Slayer moments, but overall Diabolus in Musica is an unremarkable attempt to modernise their sound.

Slayer’s seventh studio album needed to be something special, particularly if these legends of thrash metal were going to convince their fans that they still had what it took to be relevant in a metal scene that was rapidly leaving them behind. It had been eight long years since their last celebrated classic, Seasons in the Abyss, with only an admittedly awesome live album (Decades of Aggression), a disappointingly average studio album (Divine Intervention) and a disc full of hardcore punk covers (Undisputed Attitude) to show in the meantime. With Megadeth cranking out radio friendly heavy metal albums, Sepultura integrating outside elements until they almost collapse under the weight, and Metallica summoning their inner redneck with horrifying results, surely the almighty Slayer were going to unleash hell the way only they can, simultaneously proving that thrash metal was far from dead. I certainly hoped so at the time and rushed into my local metal store around the 9th of June 1998 to get my hands on Diabolus in Musica. The Latin album title translates as The Devil in Music which was a term applied to a musical interval (also known as the tritone as it spans three whole tones). Diabolus in Musica was frequently avoided in medieval times and considered evil due to its dissonant quality. I wonder what they would have thought of Slayer?!

As it turned out, not even Slayer could turn thrash metal’s apparent demise around in the mid to late nineties, and Diabolus in Musica was just another example of how the genre suffers when bands attempt to modernise it. You can’t blame musicians for wanting to change things up, or for attempting to integrate fresh influences into their sound, but for some reason thrash metal just doesn’t seem conducive to outside persuasions. Whether its rap, alternative, pop or groove, very few bands have ever been able to blend thrash metal with less extreme genres and survive. It’s no surprise then, given all the failed attempts, that the thrash revival of late has found success by going back to the source. A source that Slayer not only helped form in the first instance, but also one that these legends know how to wield as well as any other band out there, which is why it’s so disgruntling to hear these guys down-tuning and bringing in elements of groove and nu-metal. They haven’t gone anywhere near as far down the rabbit hole as Sepultura did with Roots, and Diabolus in Musica can still be labelled a thrash metal album without an accompanying roll of the eyes, but it contains next to none of the fist pumping energy and excitement that results from listening to albums like Hell Awaits and Reign in Blood.

Most of Diabolus in Musica’s best moments are the ones that remind me of years long past. Opening track Bitter Peace has a fantastic build-up and payoff that any fan of Slayer would appreciate. Scrum contains awesome time changes and a couple of kickass riffs that show these guys are still entirely capable of ripping your face off. Screaming From the Sky brings to mind South of Heaven period mid paced thrash and will have you moshing rhythmically in appreciation. The only real highlight that doesn’t call on past glories is Stain of Mind, which manages to sound completely modern, with a chunky groove and nu-metal rhythm and vocals, while still satisfying from an extremity point of view. The remaining tracks have a consistent blahness to them, with the band seemingly caught in a bland zone where riffs become almost irrelevant and Araya’s at times monotonous shouting becomes the focus. Love to Hate is the worst offender, but Overt Enemy is close behind, both of which become tedious long before anything of note occurs. King and Hanneman’s leads have never been technically amazing, being used more for blood-pumping impact than for any structural purpose, but in the framework of these dull, unremarkable efforts, they simply fail to serve any purpose at all. While Diabolus in Musica is not an unmitigated disaster, it is an album on which I find very little to get excited about, and fares poorly in comparison to the band’s classic works.