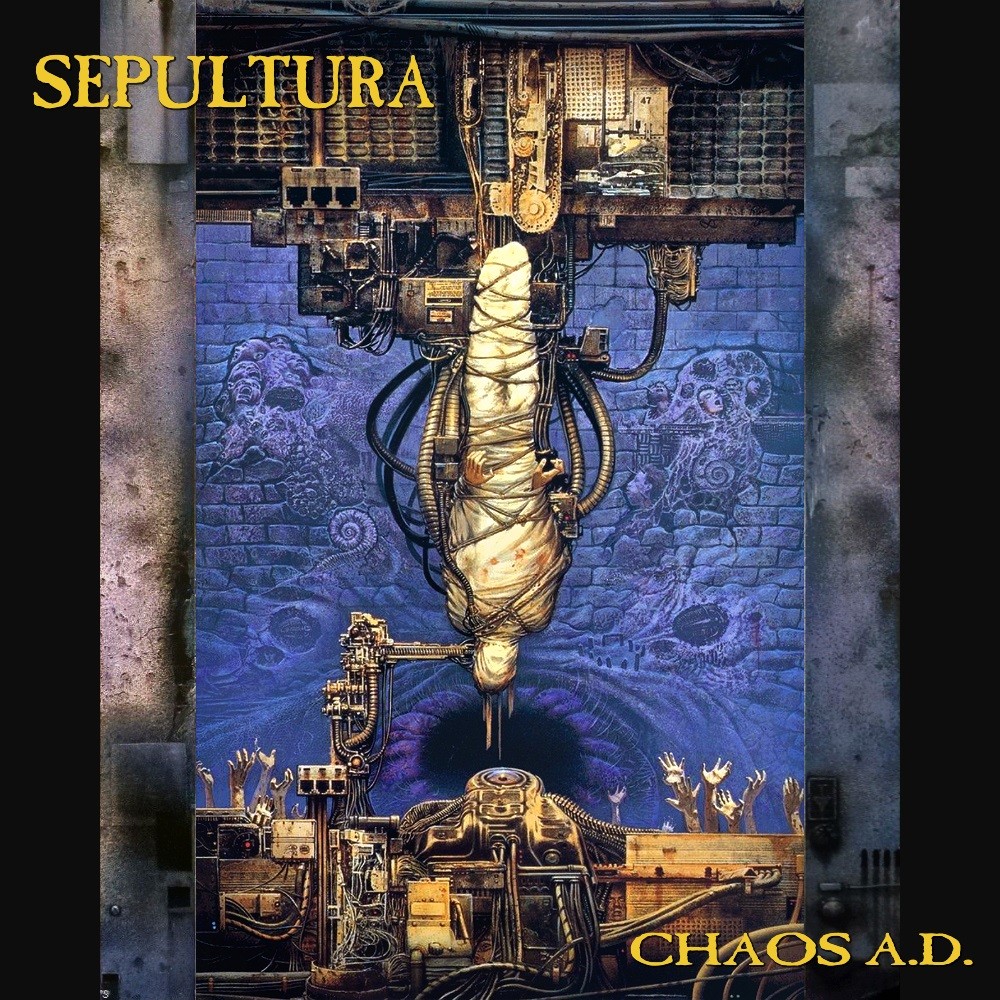 A brave album that integrates numerous influences while remaining relevant and consistent in character.

Given the massive increase in popularity that Sepultura had just gone through, due to the excellence of Beneath the Remains and Arise, it would have been very easy for the band to just crank out another similar thrash metal album without really trying to break new ground. It’s testament to the ambition and passion of these still young Brazilians that they chose to take on a fresh approach, and even went as far as changing their whole recording environment to make sure they didn’t repeat themselves. After Scott Burns gave them the professionalism and production they needed to hit the big time on their two previous albums, Sepultura walked away from Morrisound Studios to search for something new. After considering numerous producers, including jazz freak John Zorn and industrial legend Al Jourgensen, they ironically settled on Andy Wallace, who had mixed their last album Arise. The band suggested to Wallace that they really wanted to record their fifth full length album in total isolation from society, and agreed with his suggestion of Rockfield Studios, which is located in South Wales. It’s there that they recorded Chaos A.D., an album that expanded Sepultura’s reach, while polarising their existing fan base in the process.

Like many Sepultura fans, I originally wasn’t all that impressed by Chaos A.D.. The main issue I had with it however was that it didn’t sound like Beneath the Remains or Arise, but over time I came to appreciate it for the very same reason. Arise had already contained small injections of outside influences, so in hindsight it’s not really that surprising that these same influences were given so much more emphasis on its follow-up. Any hints of death metal were all but gone and the thrash metal performed only intermittently, with industrial, hardcore punk, groove metal and even Afro-Brazilian percussion vying for attention. The fact that Sepultura combined all of these elements and still created a solid album with a consistent character throughout is impressive, and the end result is an experience far more diverse that what most metal albums could possibly achieve. The themes of the album also tie in terrifically with the sound, with the lyrics dealing with real world issues such as the Palestinian – Israel conflict (Territory), the massacre of David Koresh’s followers in Texas (Amen), and censorship (Slave New World). Chaos A.D. is like a call to arms and its angry spirit gives it vastly greater relevance than the Venom-inspired nonsense of their early years.

The album starts powerfully with Max’s then-unborn son Zyon’s heartbeat breaking into Brazilian styled percussion, before a couple of huge riffs welcome Refuse/Resist with no shortage of energy and authority. In fact, the first four or five tracks of Chaos A.D. are really great, varying in style and velocity without releasing their grip for a second. Kaiowas deserves a mention as it’s an entirely acoustic track (Andreas and Max on guitar while Igor and Paulo handled percussion) that was recorded live among the ruins of the medieval castle of Chepstow. It’s the first real time that Igor was given the chance to really explore the tribal drum patterns that he’s more than capable of producing and one of the most enjoyable parts of the album for me. Of course all of this variety comes at a price, with so much genre-shifting testing the listener’s personal preferences. I personally don’t really enjoy hardcore punk so that aspect of the album is a bit off-putting for me (in particular Biotech is Godzilla), whereas others may not appreciate the increase in groove that entered their riffs at this time. There are far more hits than misses on Chaos A.D. though and Sepultura showed that they had a lot more to offer than endless shredding thrash metal albums. As much as I will always prefer their earlier work, Chaos A.D. is a strong album and one I’m glad they made.