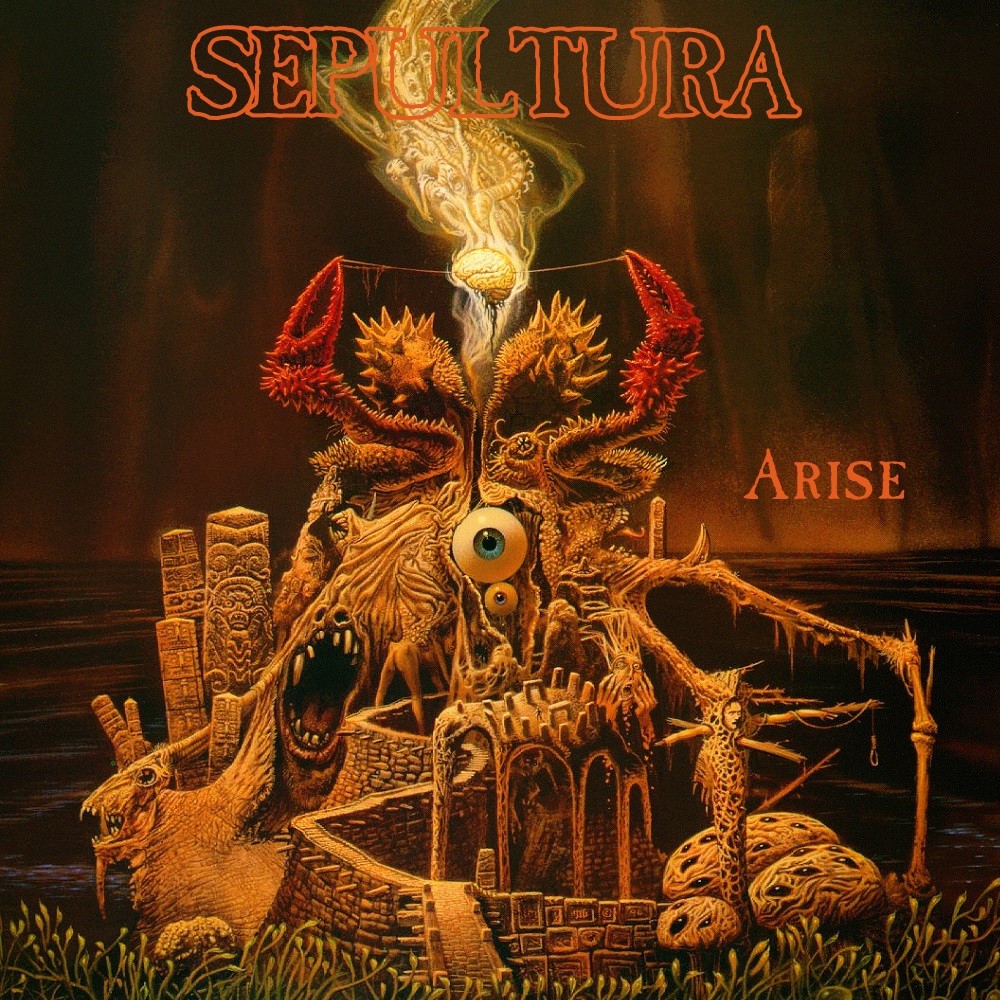 More exhilirating thrash metal from the Brazilian legends with a few more influences added to the mix.

Beneath the Remains was a massive hit for Sepultura that opened up stacks of possibilities for the Brazilians. All of a sudden they were on the lips of almost everyone in the metal scene and due to their exotic origins had even piqued the interest of the non-metal media abroad. The big question that needed answering was whether the band’s fourth full length album could continue the massive momentum that suggested Sepultura was about to hit the big time in a huge way. Unsurprisingly given the success of the union, the band were keen to work with Scott Burns again, but rather than bring him over to Brazil as they did for Beneath the Remains, Sepultura decided to relocate to the United States. Taking up residence in Phoenix, Arizona where they obtained new management, Sepultura’s next album would be recorded at Burns’ customary base, Morrisound Studios, with far superior equipment than anything the band had used previously. With an increased budget of $40000, as opposed to the measly $8000 they had for the last album, these improved recording circumstances would certainly assist Sepultura in upping the ante from a production point of view. With former monetary and time restrictions removed, the Brazilians could concentrate on creating another thrash metal classic.

Released on March the 20th 1991, Arise would be exactly that, confirming Sepultura as the most significant band in the metal scene at the time. Any suggestions that their extraordinary success might cause a drop in intensity and aggression were forgotten after one look at Michael Whelan’s nightmarish Lovecraft-inspired artwork. It may have no real relevance to the album themes, but it’s unquestionably one of the more memorable and fascinating covers you’ll come across. Once the title track kicks in there’s little doubt remaining that Arise packs a serious punch and the new production increases Sepultura’s already significant potency. As far as songwriting goes, Arise is really a continuation of Beneath the Remains, which means dynamic thrash metal with death metal intensity, but the band members were clearly gaining confidence and showing signs of integrating other influences into their sound. Small snippets of samples and effects hint at the industrial edge they would delve into further on Chaos A.D., while Igor was experimenting with more grooving rhythms and even tribal elements (on Altered State) that would become far more prevalent on later works. It has to be said that his drumming is a highlight of Arise and shows quite clearly how talented the man is.

Max finally seems to have overcome the language barrier at this stage and puts in his best performance to date. You wouldn’t know from reading the lyrics or listening to the album that none of the band members could yet speak English (there are still some minor blemishes mind you) which is not something you can say when checking out earlier Sepultura releases. Scott Burns is actually listed as assisting in lyric translation and there’s no doubt the improved grammar helps to give the tracks more conviction. There are countless awesome riffs to be found on Arise and the dynamic way in which they are structured makes for one of the most exciting experiences a thrash metal fan can have. Many of those fans will name Beneath the Remains as their favourite Sepultura release, but Arise is without question the most entertaining of their albums for me. The former is indeed a classic and more groundbreaking in the overall scheme of things, but the production quality of Arise combined with its fist-pumping consistency make it my weapon of choice. Highlights abound whether they be the rush of the title track, the restrained yet rousing Dead Embryonic Cells and Desperate Cry, the tribally introduced expansive Altered State or the blistering closer Infected Voice. Arise finds Sepultura at the peak of their powers and is an essential part of any metal fan’s collection.

Like Seasons In The Abyss, the fourth full length from Sepultura offers a very nostalgic and important point in my metal evolution. As with my review for the aforementioned Slayer release, playing this whilst I type the review brings back many fond memories of thrashing around my bedroom like a fucking maniac, being interrupted every five minutes by my parents telling me to "turn that shit down". Similarly to Slayer's album one year before this, I don't think Arise was ever bettered and most certainly was the last great release by the band. I found follow up Chaos AD to be very patchy and by the time the "world music" celebration of Roots came alongI had detached altogether from the band.

The album's that preceded Arise made for an excellent golden run of constant improvement and development of the band's sound, from the raw and chaotic Morbid Visions to the more refined and robust Schizophrenia and Beneath the Remains there was an obvious enhancement to the playing skill and songwriting prowess of the band. With a stable line-up for some three studio albums (including this one) the band were very much hitting their stride by album number four.

The title track opens proceedings with it's mechanical clattering giving way to a barking riff and thundering drums, setting the scene perfectly for the cultivated thrash metal to come over the next eight tracks.. Again, this is another album I can comfortably play through in my head track by track as I have played it so many times. The current copy of the album I have is a remaster with the Orgasmatron cover and three bonus tracks but to be honest apart from the cover of the Motorhead track, the additions bring nothing to the table.

The album stalwarts are all that's required here as the legendary Dead Embryonic Cells kicks in with its powerful lyrics and timeless riffing before the anthemic Desperate Cry ups the memorability stakes even further .  At this point the album starts to lose that half a star to keep it off full marks for me as I don't find Murder or Subtraction to be on the same par as the rest of the racks on the record.  Thankfully the lull is only temporary and pretty soon things are back on course with the atmospheric build of Altered State creating drama and suspense that is fully realised the instance that huge fucking riff drops.  The track fully embraces the free-flowing and well organised thrash metal that is so well established by now on the record.  Despite the obvious accomplishment of the album there remains some primitive feel also which lurks beneath the surface all the time.  It could be Igor's thundering and tribal drumming or Max's powerful and angry vocal style but you are never far away from the real murk of the band that they came from.

Track number seven utilises the same format as the prior one, Under Siege (Regnum Irae) starts with an atmospheric string pick before breaking into ethereal spoken word vocals.  Again, it is not long before we are back in the kingdom of the faster tempo but the track does retain an excellent structure using all explored pacing well.  The catchy and memorable Meaningless Movements sets up the album closer perfectly as Infected Voice brings things to a close with it's smashed cymbal sound to back up Max's gruff vocal delivery.

It does make itch a little bit that I can't give this five stars due to the importance of this record to me but the honest appraisal is that regardless of the missing half mark there's still so much to enjoy here and is an album that fully stands the test of time.