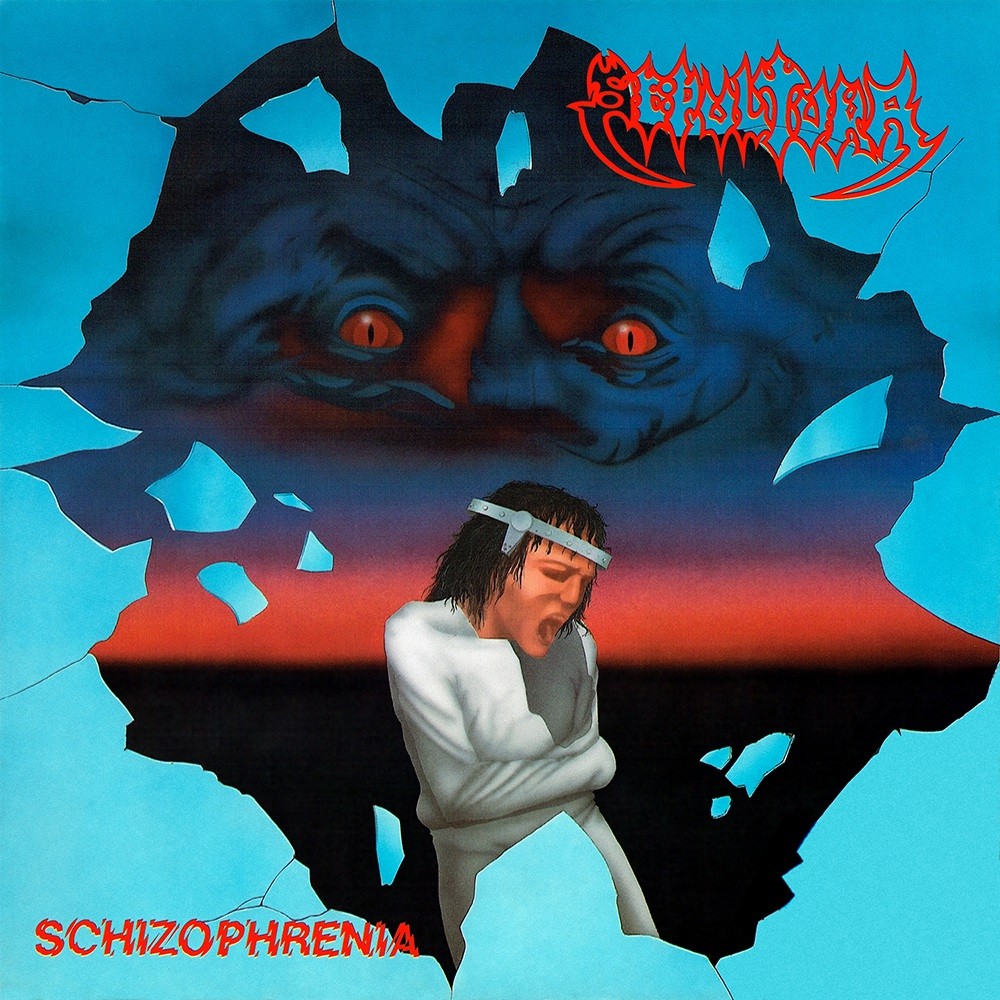 It really is pretty amazing that Brazilian thrash metal masters Sepultura didn't kick-off their period of global domination until 1989's "Beneath The Remains" because their earlier releases were exceptionally impressive in the context of what was going on around them. I've always been a big fan of their first two death/thrash outings & think they're heavily underrated however things escalated dramatically for the band following the recruitment of lead guitarist Andreas Kisser who gave them an additional level of sophistication & professionalism. Sepultura seemed to discover melody all of a sudden with Kisser's trademark solos adding a whole new element to the band's repertoire. This was accentuated by a significantly cleaner production job which would better harness the power of the band member's rapidly improving technical skills. Max's vocals are still a bit gruffer & more inaccessible than they would become but I find them to be very enjoyable as they ooze of that underground quality that makes Brazilian extreme metal so appealing. Igor's drumming has improved dramatically although his double kick work was still a little rough around the edges.

You can easily hear the sound that made Sepultura so huge just a couple of years later here as it's already well & truly in effect. The exciting & incisive guitar tone which is perfectly suited to thrash metal, the constant changes in riff & beat, the attention to detail in the transitions, the fast & exciting tempos, the precision execution & performances.... I think the only thing missing is the consistency within each track. Every song is at a very high quality when taken holistically & all include amazing parts but almost all of them also sport a couple of less ambitious & more generic thrash riffs. They're beautifully executed of course but these minor blemishes do stop me from reaching for the higher scores. These moments generally occur during the chuggier mid-range sections & I think Sepultura would have been better served by leaving their pedal to the metal for the most part. Igor would learn how to better accentuate these sections over the next year or so too.

As with all of Sepultura's early works, you'll probably pick up a fair few sections that sound remarkably like parts of "Beneath The Remains" or "Arise". The band had a tendency to rework their older material in the hope that no one would notice. I do but I don't hold it against them because I don't think it detracts from the experience at all. Overall, "Schizophrenia" is a high quality release from a band that was clearly going places. It put the competition on clear notice that they'd better look over their shoulders because the Brazilians were coming for them.

For fans of Slayer, Kreator & Sodom.