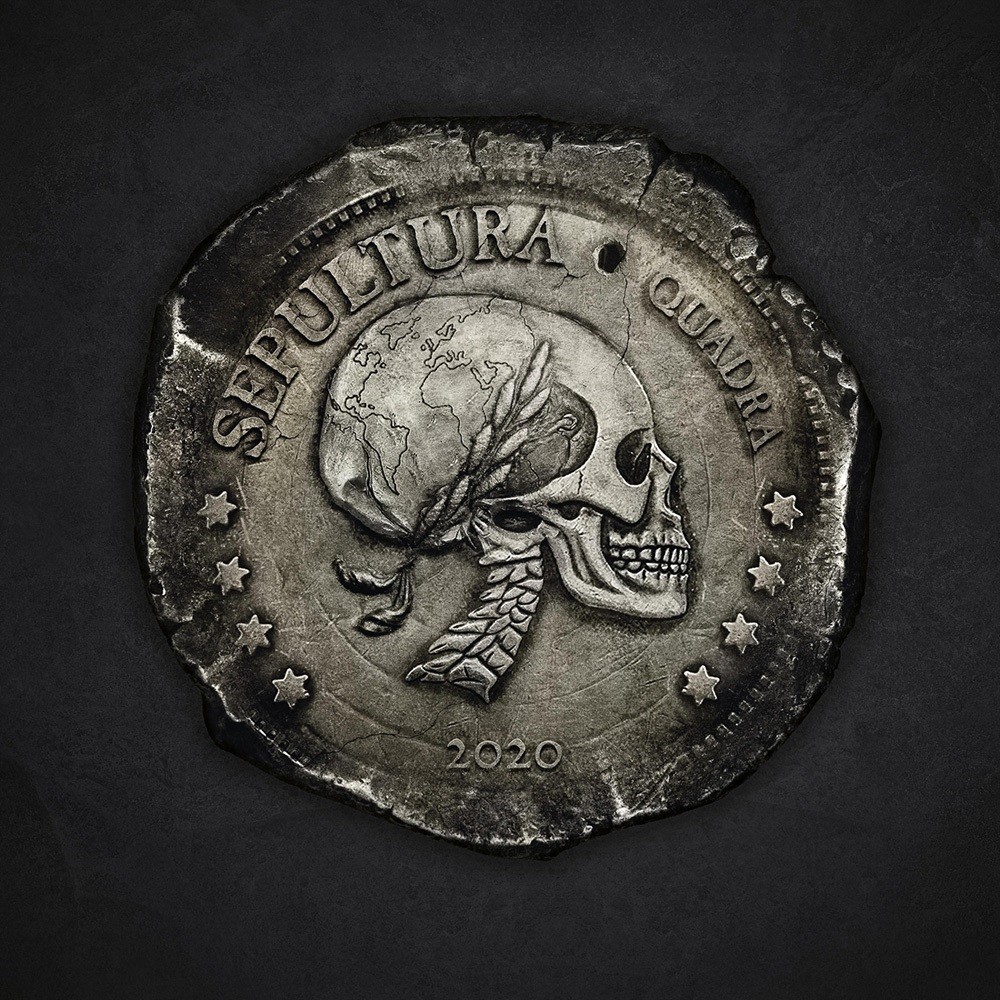 Hopefully this review doesn't get started off on the wrong foot and pisses off too many metal purists, but here it goes... I've never really cared for Sepultura.

Now granted, I never listened to Sepultura until much, MUCH later into my lifetime; probably around the time I started college which would have been ten years ago. I always thought their music was decent, certainly better than super early Slayer, but their music has just never been that recognizable in the same way as a band like... Testament or Kreator.

Now I will give Quadra some credit: this is the most interesting Sepultura album since Roots, regardless of what that might mean for some. This album has some genuine heart put into it and you can tell through the songwriting and album structure. Tracks like "Capital Enslavement" and "Guardians of Earth" lead you on some pretty great musical experiences, rather than just a straight up mosh-fest.

Some of these ideas sound like they are borrowing from technical thrash metal, but not necessarily in the way that I would typically soak in. This is technical/progressive music in the vein of Meshuggah, in which some technically proficient and very impressive percussion work masks the fact that the guitars are just chugging some open strings endlessly. Make no mistake, this is still very much thrash/groove Sepultura that anybody who knows anything about this group will be accepting of.

So what the hell then is "Agony of Defeat"? It's slow, groovy as f*ck, melodically enthralling from both the vocalist and lead guitar, and the main heavy groove is so damn thick; I fully expect to hear it in a "Try Not To Headbang" challenge on YouTube in the near future. It almost sounds like the band wanted a redo of their crossover appeal tat happened with Roots, but with a more natural Sepultura sound. The album ends with "Fear, Pain, Chaos, Suffering", which basically just sounds like a love letter to Pantera. And come on, who wouldn't fall to their knees for something like that?

In summary, Quadra is Sepultura's best album since Chaos A.D. and it sees the band taking a different road than the one they helped pave back in the day. I remember hearing snippets of progressive tendencies beginning to sneak their way into this bands sound in 2017 with Machine Messiah, but I had no idea that it might very well become their new niche.