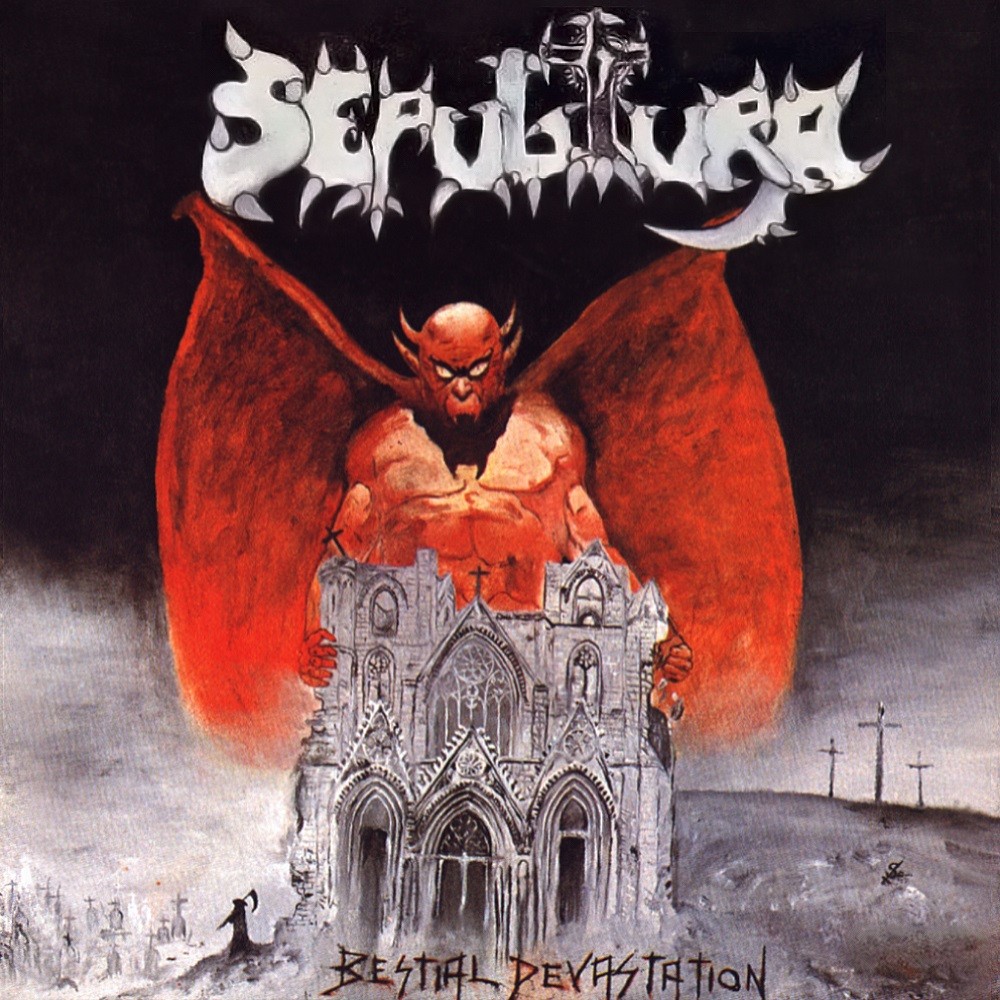 Bestial Devastation shows the remarkable beginnings of a young Sepultura as they recorded this fiery but disheveled EP in just two days. While obviously messy and laden with performance issues, the amount of ideas and concepts for an even darker and more aggressive take on Thrash Metal is ambitious and impressive. I think their ambition got the best of them as they struggle to keep up with the intense tempos and compositions that require the band to play perfectly on time together, but the messiness on an already lower quality EP adds that classic grime that early Death Metal thrives on. It's raw, furious, and somewhat exciting even by today's standards. Certain parts and melodies sometimes just end out of nowhere and could have been written better and expanded more, but for what Sepultura had to work with at the time the riffs and solos that come out of Bestial Devastation are more than sufficient. Not to mention the drummer goes absolutely nuts on the entire album, showing that Thrash style drumming can be expanded upon to hit even harder than it already did. A fun but definitely dirty EP that shouldn't be skipped over when looking at the classics of Death Metal.