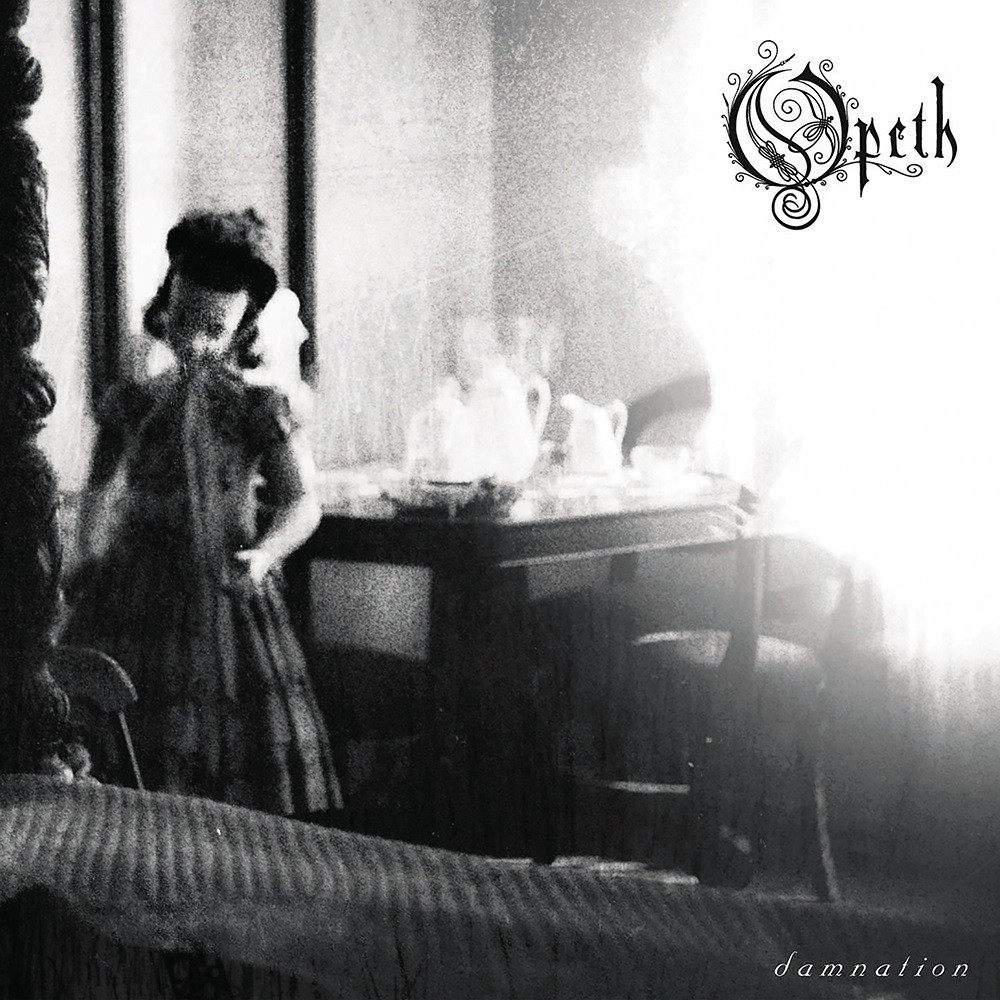 So this is Opeth's acoustic progressive rock album Damnation, released a few months after the heavier Deliverance. It's quite understandable because of the harshly awesome heaviness of an album from a band who balances soft and hard. If you're like me and have a mother who dislikes the heavier metal or suggestive words like Damnation, just swap the discs in your copies of both albums and give her the Deliverance album with the Damnation CD. Easy! But does this prog-rock album stand tall?

Yes for the mainstream, no for the underground. Damnation has NO METAL AT ALL, and I'm sure it can pass through one of those airport metal detectors. If you're cuddling your pet dog on a rainy day, you've come to the right place. If you wanna bang your head while drinking so much beer until you p*ss yourself, you should avoid this jazz-fest.

Because of how boring many of these songs are, I won't go through a lot of them, but there are memorable moments like the chorus of "In My Time of Need". Same with the lyrics of "Death Whispered a Lullaby", written by Porcupine Tree's Steven Wilson who has helped produced this Opeth album and their previous two. The catchy vocals in the chorus of "To Rid the Disease" are pretty great. If it wasn't for Mike's vocal harmony, I probably would thrown my laptop off a balcony whilst writing this d*mn boring review.

Damnation would probably work better as background music soundtrack. But as foreground music, this rating stays in the middle at 2.5 stars, mostly boring with only a few good songs. This is definitely not part of Opeth's perfect streak, and I don't know how even the most metal Opeth fans can praise this. Damnation shall be damned....

Favorites (only songs I like in this album): "In My Time of Need", "Death Whispered a Lullaby", "To Rid the Disease"

It took me quite a while to finally commit to checking out "Damnation". It wasn’t that the idea of an album full of Opeth’s cleaner material didn’t sound like it would be interesting. It was more to do with the fact that I felt like I already knew what it would sound like. I’ve liked everything Opeth have released in their career. They’re extremely consistent but they have often seem to lack a bit of danger to me. I also think they sound pretty similar most of the time. Even when they’re experimenting they don’t seem to break out of their comfort zones much. I’ve often thought that they could record a hip hop or country & western album & it would still end up sounding a lot like the last Opeth album.

Anyway, when I finally got around to listening to “Damnation” I found it to be a very good listen as expected. It does sound like an albums worth of the type of clean material you will generally hear spread across their metal releases but it’s all of a high enough quality to keep it interesting. One of its strengths is certainly its consistency as every song is of a high quality but in saying that it probably lacks a couple of truly great tracks to take it to the next level. There could probably be a touch more variety too.

The first six tracks are all of a fairly similar style & the band only start to throw in some different stuff towards the end with instrumental piece “Ending Credits” (which sounds very much like it could have been a track from Joe Satriani’s self-titled album) & the deep minimalism of closer “Weakness”. The production is lovely & the musicianship is top notch as expected. I particularly enjoy the jazzy guitar solos & drumming. Mikael does a very good job on vocals although I do think he could do with a touch more variety. It’s hard to pick out highlights as everything is of a similar standard but I probably find “In My Time Of Need” & “Closure” to be the most memorable & fully realized outings.

Opeth have never put out a bad record & “Damnation” is certainly not going to be the first. It presents an exceptional group of musicians flexing their musical & creative muscles to produce a highly professional & impressive example of progressive music. It’s not the most challenging or expansive progressive rock you will ever hear but it does manage to generate a pleasant & relaxing atmosphere which is an often underrated quality in my opinion. It’s no surprise that this is yet another quality Opeth release.