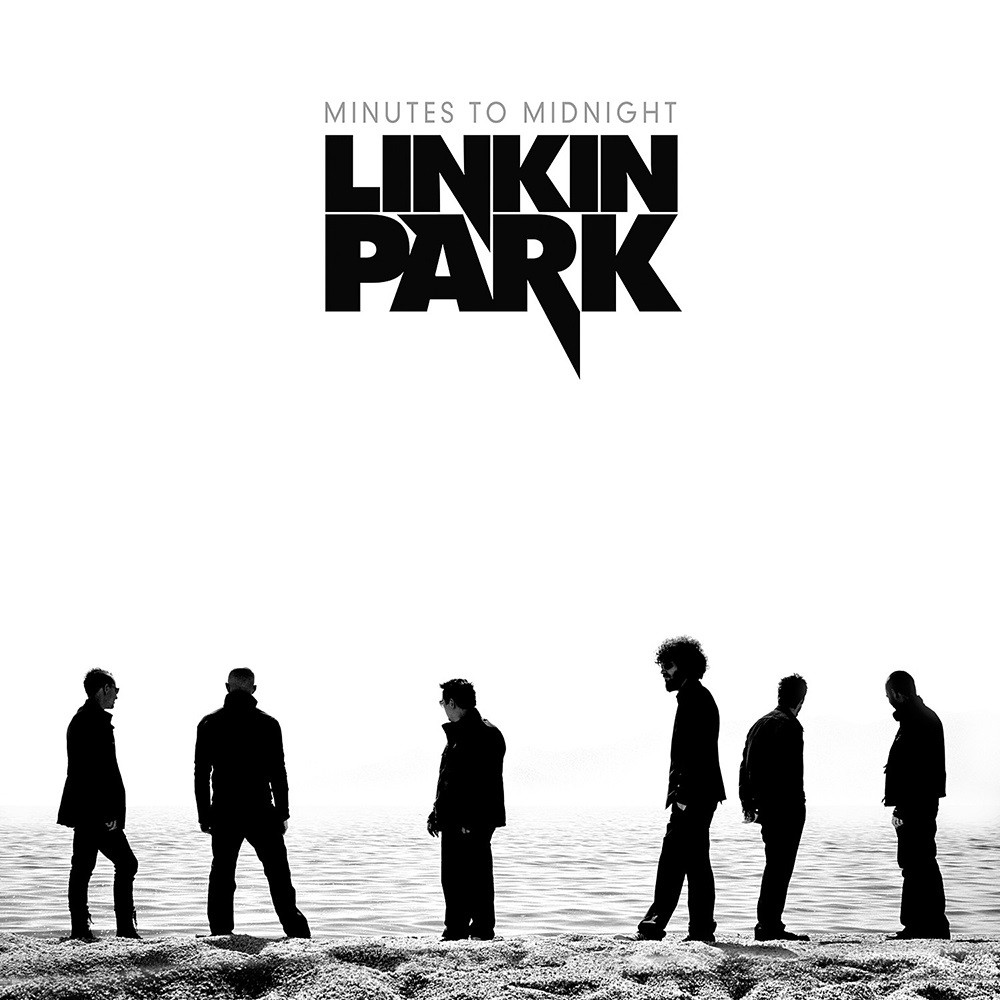 Linkin Park has caused adoration and hatred from music fans worldwide. I used to be a Linkin Park super-fan myself when I was like 13, a year before my "real" metal interest. I built my collection with more than just the singles that everyone knows; I collected album tracks and B-sides. They never p*ssed me off...until recently.

When Minutes to Midnight was announced, the band said it would mark their departure from most of their nu metal sound, causing uncertainty from fans. I still appreciate the decent brilliance of both the Hybrid Theory and Meteora albums, but other fans think the latter is straight-up copied. Even the early announcements of their third album are total sh*t-starters when the late Chester Bennington mentioned "a mix of punk, classic rock, and hip-hop standards". That's one way to think of this album, I suppose...

Starting the album is the minute-and-a-half intro "Wake". It builds up slow and steady through promising ambience and a background campfire, but then it soars into alt-rock riffing over dense drumming. A well-done intro that sounds like the prelude to a certain brilliant single... However, this is what get instead as the first real song, "Given Up". It has an edgy punk-ish riff that's pretty cool, along with the unique clapping and key-jingling, both from Brad Delson, but they both don't sound right together as if he's trying to multitask poorly. And as if that wasn't poorly produced enough, Chester's vocals aren't the heavy type I like, more like a whining teenager after having his iPod taken away. All just 3 minutes of misery, except for the interesting moment of Chester's 17-second scream of "MISERYYYYYYY!!!!!!" After that roaring start comes the first ever ballad of the album and by the band, "Leave Out All the Rest". It's all right, but weaker than the previous track. The song shows a bit of the band's U2 influences. Chester sings nice clean vocals over average lyrics. "Bleed It Out" is much worse. Trying to create a "live" soundscape sounds a bit sloppy. Mike Shinoda raps as decently as in the previous albums, but the lyrics are more vulgar and nonsensical. Chester sounds more worn out in his edgy moments, as if that 17-second scream a couple tracks back strained his voice.

Once again following a hard song is another ballad, "Shadow of the Day", with more of their U2 influences. In fact, people have accused this song of being a rip-off of U2's song "With or Without You", and I kinda agree. They slowly build up into a pop rock climax, but it turns out to just be a boring anticlimax. Then the song ends, but not without an ambient prelude to one of Linkin Park's greatest non-metal songs ever... "What I've Done" is heard by practically everyone, especially those who have watched the first Transformers movie up to the end credits. It may sound like plain ol' pop rock, but it's done much better than any other song like that. I have nothing else to say about that beautiful piece. However, "Hands Held High" is something to rudely laugh at. It is the latter of the two rap songs here. Starting with organ and a marching beat like a cheesy march into an 18th/19th Century war, Mike's rapping is once again decent, but the lyrics are inspiring yet too cheesy to take seriously. The ending choir is so LOL-inducing!

After the lightest track of the album comes its heaviest one, "No More Sorrow". A sinister atmospheric intro allows the instruments to build up one by one, leading to a riff as well-done as my favorite type of steak. The lyrics basically graffiti-paint "F*** Bush" on the walls that don't help the poor vocals. However, making up for it is the chorus and instrumentation that is the best of the album. "Valentine’s Day" is where Chester's vocals sound the best, his vulnerable emotion singing nice lyrics that flow over light clean guitar. Then a buildup commences to a rock climax towards the end that might sound a bit cheesy but mostly well-done. "In Between" is another track with Mike taking the lead on the vocals, for the first time trying a clean singing style. However, he sounds so bored, like I am throughout that song. "In Pieces" really stands out, sounding dark and haunting with good vocals by Chester, and Brad's cool rare guitar solo. The final epic "The Little Things Give You Away" was the longest and slowest song by the band at the time with Chester vocals to highlight though sounding a bit annoying. The lyrics are the best here, a nice tribute to victims of Hurricane Katrina. The build-up is a bit bland though, sounding too drawn-out before the solo. However, that solo is worth the wait, and so is the good final part where Shinoda sings the lyrics much better than a couple tracks earlier, with Chester's background wails. What an epic!

Sadly, Minutes to Midnight shows how f***ed up the band had become. They reduced most of their earlier nu metal sound so they wouldn't get slammed for making another similar album in a row, and yet the end result is a pleasant yet sh*tty album. And they were the guys who made Hybrid Theory....

Favorites (the only songs I somewhat or truly enjoy): "Wake", "What I've Done", "No More Sorrow", "Valentine's Day", "In Pieces", "The Little Things Give You Away"