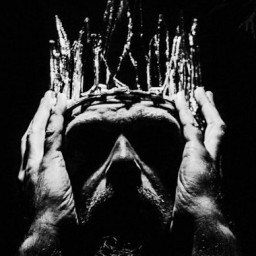 June 2020 Feature Release - The Revolution Edition
shadowdoom9 10 hours ago
I haven't done my review for this album yet, but I'm looking forward to writing that along with my summary here when I can. Stay tuned for next week!
2

The New Music Thread : The Revolution Edition
Daniel 5 days ago

The new album from US metalcore outfit Emmure entitled "Hindsight" which is due for release on 26th June.

May 2020 Feature Release - The Revolution Edition
Xephyr 1 week ago

As someone who wasn't too impressed by 2018's Helix and only enjoyed their cover of Powerwolf's "Army of the Night" as a guilty pleasure, I can say that this is probably Amaranthe at their best. Making accessible Metal is difficult, since a lot of Metal genres at their core are made to be inaccessible! With 12 tracks all at 3 and a half minutes and all having huge hooks and choruses, this album is basically begging to be played on mainstream radio, and that's perfectly okay! What separates this album from other albums vying for mainstream playtime, though, is that it still has the things people love about Metal mostly intact. The guitar tone is chunky and chugs well, the harsh vocals aren't laughably bad, the band in general has a great energy to them, there are some good guitar solos, and the balance between synth melodies and the rest of the band is well done.

It's pretty repetitive though, with the band having one or two ideas and rolling with them through the entire album, but since the songs are so short and don't try to overstay their welcome I don't really have a problem with it. Elize Ryd's vocals can come off as a bit flat sometimes but I think she works wonderfully as a front woman and has enough power behind her voice that it doesn't feel thin and compliments the piano and synths very well. Massive Addictive is a surface level album though, and even though it does what it set out to do very well, there's nothing too crazy on this one. This is a great recommendation for anyone who wants some electronics in their Metal and for a "mainstream album" this is pretty dang good. I'd rather listen to this every day of the week rather than what's on mainstream Hard Rock radio nowadays, which I'm pretty sure is like...Godsmack. Or Breaking Benjamin. Or Disturbed.

For this round, we'll try a couple releases I've listened to myself, one of which I've done only for a Clan Challenge. If you have been following my journey through some of the Revolution Clan Challenges, you probably know which one I like better, but I won't tell you until I get at least one or a few responses. So here are two Revolution albums released in 2007. Which one of these albums with a different genre has the greater edge? Choose one and explain the reason!

The Stinkers Thread - The Revolution Edition
shadowdoom9 1 month ago
I totally agree with you, Xephyr. It's definitely "that song you gotta avoid at all costs"!
7

I really, really wanted to be pleasantly surprised by this, but this just didn't do anything for me. In the end this is math-y Metalcore with a keyboard turned to 8-bit sounds, and while it has some good moments, it doesn't really go beyond the labels for me. I don't think the retro sound effects add that much to the feel of the album and they even come off as annoying most of the time. The guitar work can be good, but none of it is very memorable past a few decent Metalcore breakdowns here and there. I do like the more complex structure these guys use while trying to maintain a heavier sound, but many other progressive/math metal bands do what they're doing in a much more interesting way.

I'm glad I know that this exists now, that's for sure, but I'm not sure how you can make something like this feel really fleshed out or interesting.

Track Of The Day - The Revolution Edition
shadowdoom9 1 month ago

Quoted from Wikipedia: '"The Ones We Leave Behind" is about "running over" people to succeed in life and the song also gave a powerful message and a whole new meaning in the wake of the 2019–20 coronavirus pandemic.' Yes, this sure is a fitting song for this global outbreak. Once again, stay safe everyone!

I can really appreciate this one, especially since I normally don't care for Deathcore. There's some really technical and progressively melodic stuff in here, the transitions are great, the harsh vocals are well done, just an overall well done product. Some of the more Djent-like chugging sections miss their mark, like in the middle of "Rareform", and some of the riffs really lose their way in "Aspiration", but it still sounds heavy and even straight up nasty at times. This album seems to use all the bits and pieces of Metalcore, Death Metal, and Djent in a way that works really well for them, as well as sprinkling a bit of progressiveness on top of it. It's not going to completely win me over to the genre, but it was enough for me to give it a solid 3.5 out of 5. Nice pick.

Make a recommendation to a fellow member of The Revolution
shadowdoom9 1 month ago
I know, right?! Metal Archives don't accept metalcore bands unless they're "more metal than core"! And a few bands they've rejected don't even play metalcore anymore, such as Avenged Sevenfold and Between the Buried and Me, who both used to be metalcore before each going off in their own metal directions. That's why I stopped my time in Metal Archives when I used to have an account there before joining the Metal Academy. It just doesn't feel right for me that one of my favorite metal genres is put down for being "not metal enough". Metal is metal, and I'm glad to currently be in a nice website that respects all of the major metal genres and accepts metal bands and releases based on their true style (RYM primary genres), not whether or not it's "metal enough". It looks like The Gateway, Revolution, and Sphere are almost non-existent in the Metal Archives...
10

The Mathcore Thread
Daniel 1 month ago Another solid release from one of the best in the business. I think it was Converge's best work to the time actually. Fans of Botch, Drowningman & The Dillinger Escape Plan should already be all over this.

DIS vs DAT Thread - The Revolution Edition
shadowdoom9 2 months ago

Inspired by the new DIS vs DAT thing on Metal Academy, in turn inspired by that weekly feature on Utopia Records' Facebook page, I decided to turn this conversation-starting activity into a full thread instead of separate threads. Got a couple albums with the same genre and release year that you can't decide which has the greater edge? Share them here!

Let's start off with two of the greatest metalcore/mathcore classics released in 2004. Which one has the greater edge? Choose one and explain the reason!

Great band, but this song is a little too overrated. Your ears are gonna be sick from those annoying repeated leads near the end of this song!

Since I play quite a few rhythm games, Trance Metal has been more or less in my listening cycle for quite a while now. While it may work great for hitting buttons in a videogame, I still don't think this style pans out as an album experience.

Props to choosing an interesting one, as this album definitely had enough Death Metal influences to keep me interested, but like many other albums like this, it just gets to be too much after a while. After a while the riffs and melodies turn into a stagnant wall of sound and synths that ends up not being all that interesting. It had its moments, but I think it's a flaw of the genre trying to pack too much energy and noise into mostly simplistic songs rather than Blood Stain Child being a lackluster band or anything. I'll definitely think about revisiting this more than the other Trance Metal offerings I've heard, but I'm still waiting for synths in Power/Trance/Alternative Metal like this to really wow me.

I got to see these guys live way back in the day when Kezia was brand spanking new and I was very pleased with what I heard. Later that week, I bought a copy of this album from my local HMV and spun it nonstop for weeks. This is metalcore with a ton of technical prowess from the entire ensemble, but not in the tech death or mathcore sense. These virtuoso's use their instrumental competence as a integral part of the music itself; that is to say, these songs have some genuine grooves and melodies, as well as some crushing metalcore parts.

In hindsight, this album still sounds great, but now stands in the shadows of the almighty Fortress, an album that pushed the boundaries as to what progressive hardcore could sound like. But this is certainly no slouch. Kezia stands out even today as one of the most unique sounding metalcore albums that I've heard. And, of course, Canadian content. We have a lot more than just Nickleback up here.

Best Of 2019 Lists - The Revolution Edition
Daniel 5 months ago

While I can say I enjoyed Earth Crisis more than modern Metalcore, this was just absolutely exhausting for me. I can appreciate the aggression and anger as well as keeping more to hardcore punk with more of an edge, but something just doesn't draw me into this.

I think I look for more than just pure aggression when I listen to Metal or any kind of music, which is why I stray away from genres like Industrial, Metalcore, and Slam/Grind. There has to be something more substantial within the music for me to really connect with it, rather than just looking for raw evil and anger. Thankfully Earth Crisis does have something more substantial with some dirty riffs and climactic breakdowns that I found way more interesting and heavy than something like Bring Me The Horizon or Parkway Drive, so at least I can rest easy knowing that 90's Metalcore kicks the teeth out of 2010's Metalcore.

Still though, I can't say I'll be going back to this by my own volition.

How did you first encounter this music? - The Revolution Edition
Xephyr 7 months ago
I completely forgot about Trivium! Them along with August Burns Red  were the only two of the early 2000's Metalcore bands that I didn't want to immediately turn off.
4 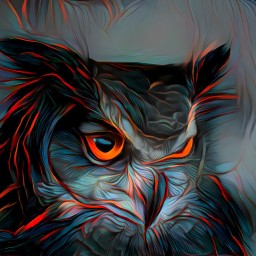 Thanks Strig. I've fixed the Every Time I Die year and the Controller double.

As for Knut, this is because you have The Revolution clan selected, and that album is considered pure sludge, and therefore The Fallen only. If you have no clan filter, it's there.

Track Of The Day - The Revolution Edition
13

Make a recommendation to a fellow member of The Revolution
10

The Stinkers Thread - The Revolution Edition
7

How did you first encounter this music? - The Revolution Edition
4

May 2020 Feature Release - The Revolution Edition
3