Chinese Whispers to What are you listening to now? : The Pit Edition
Post #5826

I’m always a bit torn over which the go-to Metal Church album is for. Any of the first 3 could do it. I do really enjoy David Wayne’s performance here, and the mix of material. Having a re-listen to a couple of the Ulcerate albums I own. I still have a bit of a hard time wrapping my head around some of their material (or just that cavernous death metal style in general). I can keep up for a few tracks before I start to drift and lose focus. I appreciate what they do, they are highly skilled and their compositions drip with atmosphere and ability, it just wears me down (even compared to something like Gorguts' Obscura album, which I find a bit more memorable out of the gate).

Second album from side-project, dare I say super-group, Krux, spearheaded by Leif Edling of Candlemass fame. A bit more up and ‘epic’ than what I typically consume in this category, it’s quite solid without every really jumping out. Mats Levén puts in a real strong performance on vocals that I thoroughly enjoy, and the always reliable, future-Opeth guitarist Fredrik Åkersson pops in for some shredding yet melodic solos. Also features some past Entombed members. Solid and avoiding reinventing the wheel seems like a cruel classification, it’s just hard to ignore some of the members other projects that just have you wishing for something a bit ore.

Chinese Whispers to What are you listening to now? : The Pit Edition
Post #3223

I’ve been returning to this recently. I showed it to some colleagues at work, seeing as they were fans of ...And Justice For All, figuring that they would enjoy the similarities here as neither of them had heard Heathen before. They were well impressed. My biggest complaint would be that it is a rather long album, with little very variation so it grows a touch tiring towards the back half, and when they do attempt to break up the frenetic pace, the results are a bit lukewarm (the ballad ‘Prisoners of Fate’, the short instrumental ‘Guitarmony’), but I love it just the same. I actually enjoy their cover of ‘Kill the King’, which isn’t something thrash bands tend to have a great strike rate on (thinking Dark Angel’s attempt at ‘Immigrant Song’ more than anything else, but covers included on albums tend to leave me cold and sound out of place). Lee Altus deserves a lot of credit here as well.

Chinese Whispers to What are you listening to now? : Non-metal Edition
Post #3185

Tumbleweed’s self-titled debut, from ‘92. It still holds up quite well. I’ve never been quite sure where they fall on the musical map - there’s little bits and pieces that they pull from all over the place, but at the same time they are pretty simple and straight ahead with little pretension. Maybe that’s what I appreciate about them. This would probably be a solid 4 fists for me.

I am far from being an authority in any type of way when it comes to black metal, but this is really my thing. I imagine that Dissection was probably a bit of an influence on this one, but I like that these are pretty concise songs, and the production doesn’t really distract me at all like on some of the other more well known canon.

Spheres for mine. It was actually the first Pestilence album that I owned, bought second hand, which I’ve never thought about, but it may attest to just how unpopular/divisive it might have been. It’s an odd mix, but given the general trajectory of the band it’s not really as surprising as it may seem. I’ve always been a bit surprised that Cynic’s Focus was received a lot better out the gate considering some of the similarities they share.

This is a difficult one. Personally I favour Consuming Impulse, it’s just more my thing, and Martin Van Drunen’s vocals on that album are harsh in the best possible way. I know Horrified is an important, early album for grindcore, and potentially had more influence (it certainly has a greater cult following from my experience) than Pestilence, but I don’t really return to it as often (plus I’m not the best person to ask about grindcore).

It has kinda become the forgotten middle child of the Death catalogue. I think because I’ve listened to the albums that surround this one so much over the years that this is still somewhat fresh to me. Personally I probably like it more than the debut too, just because the songwriting is a bit more realised, and the themes have a bit more meat on the bones (and James Murphy’s lead playing really help elevated the guitar work overall from it’s predecessors).

Revisiting some older albums in my collection. This is a solid EP - probably my favourite Jesu release. A nice mix of material.

Chinese Whispers to What are you listening to now? : Non-metal Edition
Post #1903 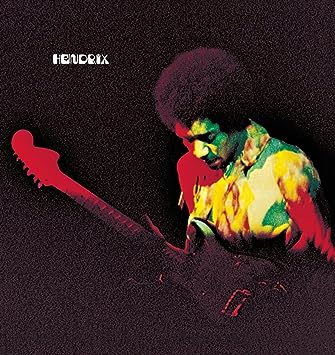 One of the maybe dozen live albums I bother with these days. A decidedly more funky and steady Hendrix backing band really allows him to get out there. Buddy Miles is solid on the drums, and his vocal interactions are definitely a love it or hate it proposition, but you do wonder what Mitch Mitchell would have dished out (I suppose you don't have to wonder as some of this material would appear live following the Experience's kinda reunion in 1970). It's always great hearing Hendrix 100% unrestrained.

I haven't had a listen to this in years. I usually go for Betty when I feel like this type of dropped D goodness (mainly for the variety present on that record). This still has some great stuff on it, and was pretty influential for it's time - I remember everyone being hugely into Helmet for a moment then they just kind of drifted off.

The more I listen to this and get familiar with it, the more I really enjoy it. A bit of a sleeper for me. ‘Age of the Sea Scorpions’ and ‘Nascent’ are where it’s at.

The more I listen to this and get familiar with it, the more I really enjoy it. A bit of a sleeper for me. ‘Age of the Sea Scorpions’ and ‘Nascent’ are where it’s at.

Chinese Whispers to What are you listening to now? : Non-metal Edition
Post #1867 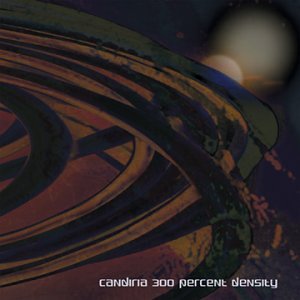 My biggest dilemma with 'genre'-only sites, sometimes not sure if something belongs or not. Super groovy, heavy riffs with all types of other influences thrown in there.

Yeah, it's probably a toss up for me between the debut and Retribution. They never really managed to get back up totem again after those two.

Chinese Whispers to What are you listening to now? : The Pit Edition
Post #1854

Yeah, it's 5 stars for me. I maybe wouldn't be here without it. Also, "Dead Embryonic Cells" and "Subtraction" are some of the better tracks.

I haven’t, so I’m leaning towards just biting the bullet and doing it.

Just in the mood at the moment for some good old early-90s death metal. 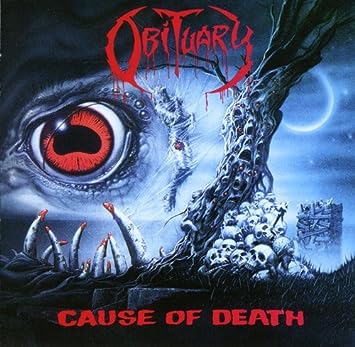 Still debating whether to go see them next week - not so much due to the music, because I love this album (one of my early introductions to death metal), more so a monetary decision.

Chinese Whispers to What are you listening to now? : The Guardians Edition
Post #1833

I don't think I've heard anything pre-Crystal Logic apart from what you probably played on the podcast. It's really only those four mid-80s albums that I have any familiarity with, and only Open The Gates that I have a physical copy of. The production is a bit washy, which I guess makes it a bit more psychedelic, but you really need to focus to hear what's going on.

Chinese Whispers to What are you listening to now? : The Guardians Edition
Post #1822

Feeling a bit epic tonight. I’d love to visit the alternate universe where the production on this is a touch more even.

I’m not sure which album would be my favourite. I got on the Kylesa train fairly early with their sophomore album To Walk A Middle Course, and whilst I’m fairly nostalgic for the two preceding albums, I can see that they probably reached their potential with Static Tensions, so I can appreciate people’s affinity with that album. I do think some their latter day albums are underrated. All the cohesion and panache of Static Tensions. It’s a Shane they are no more.

Chinese Whispers to What are you listening to now? : Non-metal Edition
Post #1818

I think it is a grower. A side is definitely stronger than the back half. Still a seminal release.

Chinese Whispers to What are you listening to now? : Non-metal Edition
Post #1808