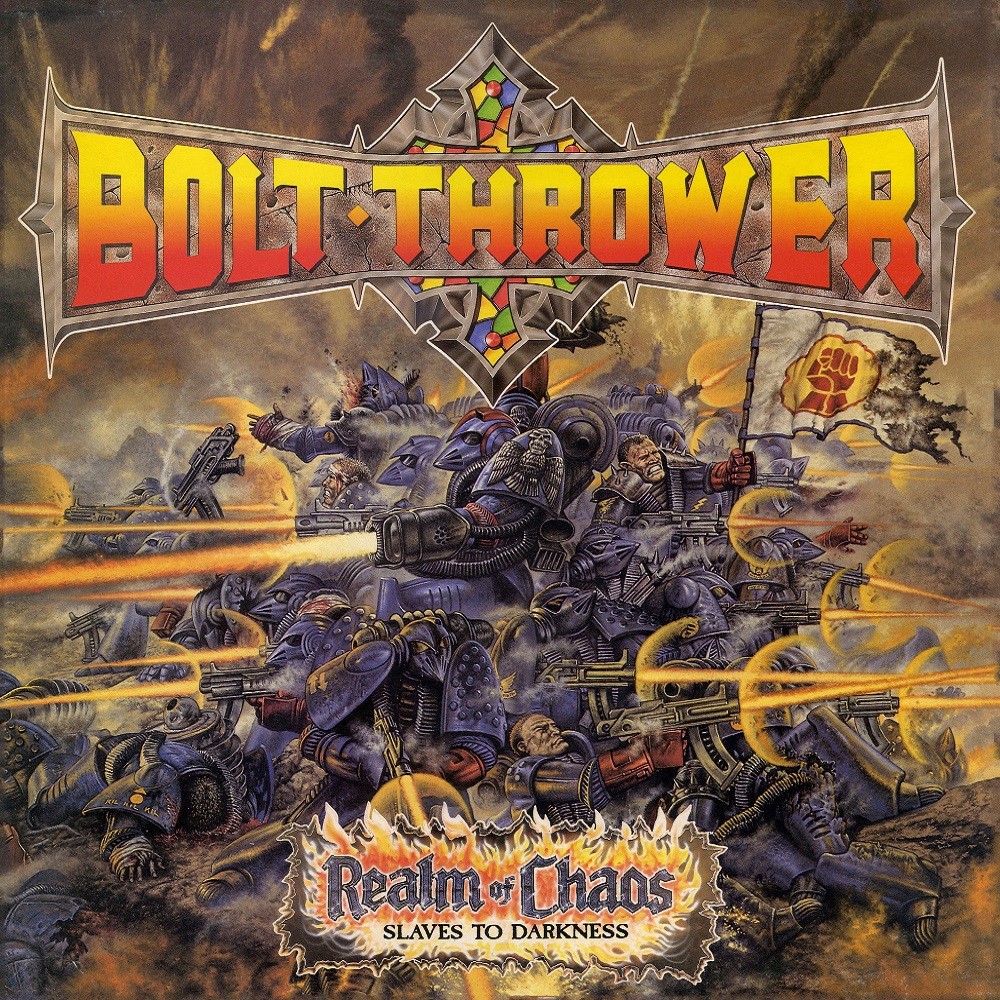 Bolt Thrower haven't changed very much over the years. They found their sound almost from day one and have simply been finetuning it ever since. And it's not hard to see why either. Realm of Chaos sounded completely unique back in 1989 and there's really no-one else that sounds like this today. The Brits may not have created death metal, but with bands such as Bolt Thrower and Carcass creating new, exciting forms of brutality, they certainly played a major role in its evolution.

While Bolt Thrower would release better albums after this one (War Master, The IVth Crusade and For Victory in particular), there is a lot to enjoy on this release. Eternal War, Lost Souls Domain and World Eater showcase the bands great ability to write memorable, heavy riffs and I've always been a fan of their pummelling drumming and Karl Willets great vocal style. If you're a fan of the band, then don't leave this one out of your collection. If you're new to the band, check out The IVth Crusade and work your way back to this one.