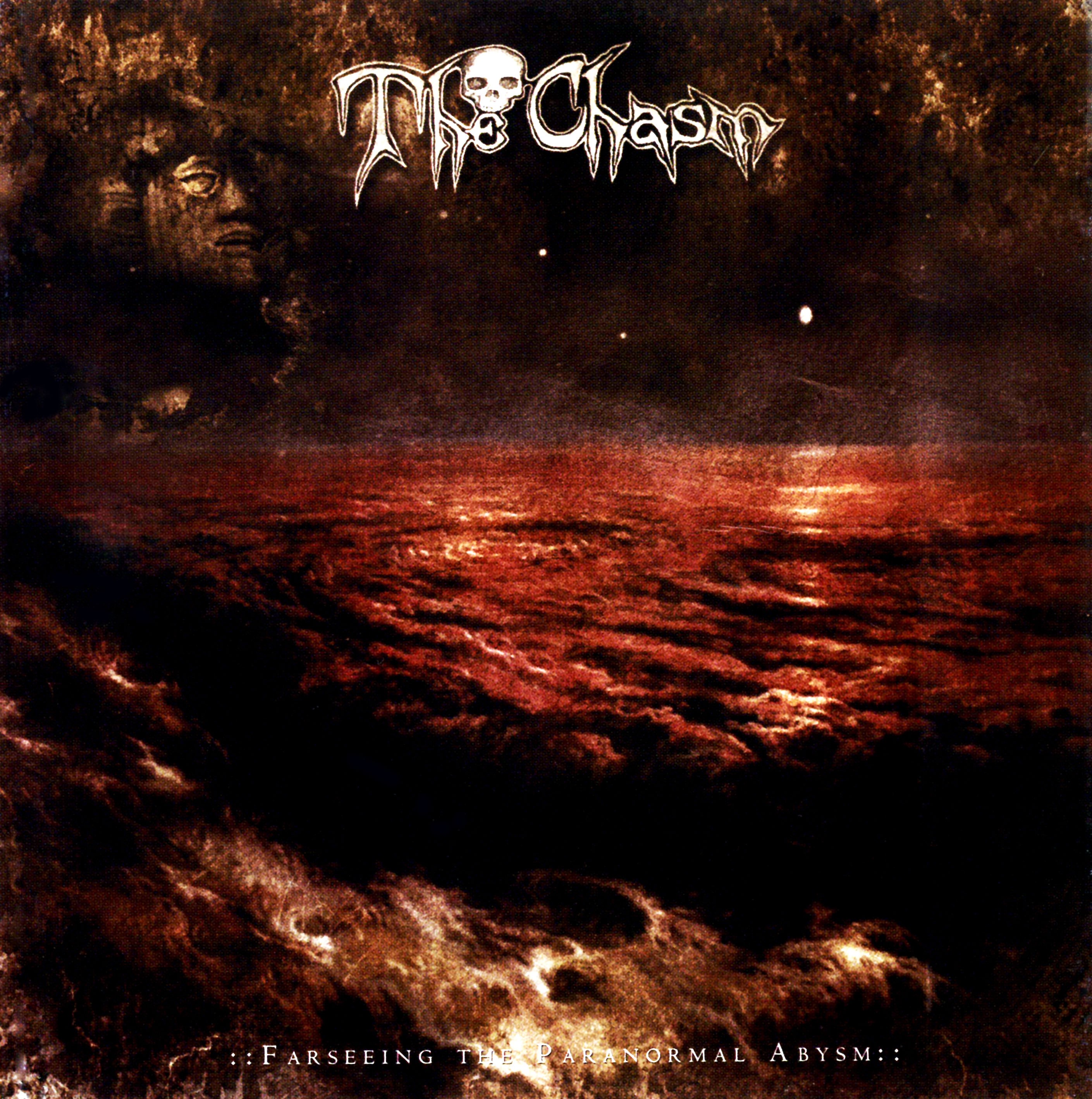 On paper there is a fair old bit for me not to like on this record. A heavy instrumental stake in proceedings, all manner of influences from progressive through to black metal incorporated into tracks that rarely drop below six and a half minutes in length and a not always very tidy performance either. Most of these things in isolation can kill an album for me. Give me consistently long tracks and you must keep them interesting, but at the same time do not just throw shit everywhere that comes as influences from multiple sources just to mix it up especially if you do not have the necessary ability with your instruments to carry it off.

Fact is though, that for the most part at least, I enjoy Farseeing the Paranormal Abysm a fair old bit. There is an undeniable charm to the rough edges that are so obviously on show. Whether this is a conscious effort or not I would not be able to even guess but they give the album a feel of a band showing true heart in trying to expand their horizons beyond their current prowess as musicians. Admirable though this is, I can see how this is a curse to the ears of some listeners as it is a gift to mine.

Although not normally my bag the instrumentals here do bristle with energy and create a tangible sense of texture. They do not stray into the realm of being simply “showy” or grandiose (the limits to the artistry sorts that) they feel more robust and vaguely mechanical. This description probably does not do them sufficient justice as they are most definitely not boring, they are too charged with spirit for that, but they are almost like captures from a rehearsal or jam session thus giving them organic appeal.

As such I do not see the album as a regular release. It plays more like a compilation with some similarly themed tracks slotted besides each other that did not make the cut on previous releases. Not being the biggest fan of compilations, this again is a risk that somehow pays off here as I can comfortably sit through the album in one sitting. It is an album that carelessly arrives at success despite a few stumbles along the way (what the fuck is that title track about?) and the shifts of tempo on occasion sounding more like lurches. Structure of the Séance, ironically, lack’s structure and just feels like a relentless gallop with several time-changes thrown in. They might not have been the most capable musicians at this stage in their career but the gusto with which they approached this album is worth at least a nod of recognition, even if the overall product has more than obvious flaws.

I was familiar with the first couple of albums from The Chasm through the tape trading scene back in the 1990's with one of my trading partners from Chile keeping me well up to date with everything that was happening in the South American extreme metal scene. Neither appeared to be anything particularly special though even if both were quite enjoyable. It wasn't until I returned to metal in 2009 that I had the opportunity to run through The Chasm's highly celebrated run of albums from 1998-2009 though & I found that "Procession to the Infraworld" was the clear standout. The other four records were a mixed bag for me & you've probably noticed that I've been revisiting all of these releases over the last few months to see if my opinion has changed. If anything I'd suggest that my feelings have declined a bit though with 1998's "Deathcult for Eternity: The Triumph" & 2003's "Conjuration of the Spectral Empire" doing very little for me. I quite like 2004's The Spell of Retribution" but 2009's "Farseeing the Paranormal Abysm" is probably the best of the rest in my opinion.

As with all of The Chasm's classic era releases, "Farseeing the Paranormal Abysm" presents a wide array of subgenres & is subsequently very hard to categorize. I've often pondered over whether this ambiguity of sound might be why the band have managed to achieve such a strong underground following over the years actually. Despite generally being labelled as a death metal band, you'll often find that there's just as much melodeath, thrash metal, black metal, progressive metal & doom metal about their records as there is genuine death metal & "Farseeing the Paranormal Abysm" is no exception. I'm pleased that the melodeath thing has been tapered off on this occasion though as, even though I generally liked "The Spell of Retribution", I can't deny that it put me outside of my comfort zone a little more than I would have liked.

With their seventh album we find The Chasm at their most creative & ambitious from a song structure point of view with several really lengthy pieces & a strong instrumental component. The band are known for chucking ten thousand riffs into every song & that's never been more the case you'll find here. If you're a riff-master then you certainly won't be disappointed but there's also a more progressive approach being taken on this record with a significant rise in the complexity of the riff structures. In fact, I'm often drawn to reference the technical thrash metal of Vektor. The Chasm have also made the open-string arpeggiated black metal style a consistent part of their arsenal & they pull it off with ease here along with the occasional dipping of toes into doomier territories (particularly on lengthy closer "The Mission / Arrival to Hopeless Shores (Calling the Paranormal Abysm)").

This is all sounds very good on paper so why haven't I scored "Farseeing the Paranormal Abysm" higher? Well, for all their creative ambition, The Chasm have never been a band that was completely in control of their instruments. They lack subtlety & finesse & that can be clearly seen in the short progressive metal piece "Farseeing..." with the heavy-handed lead work leaving me fighting back cringes. I sometimes wonder weather this lack of polish is a part of The Chasm's underground appeal though actually. It probably makes them sound a little more underground even though their package isn't all that extreme for death metal. The production jobs usually sound pretty underground too which has further accentuated their street credibility. Personally I don't pay any attention to any of that. I call 'em like I see 'em & "Farseeing The Paranormal Abysm" is a pretty entertaining listen that doesn't quite manage to excite me consistently enough to compete with the premier death metal bands.