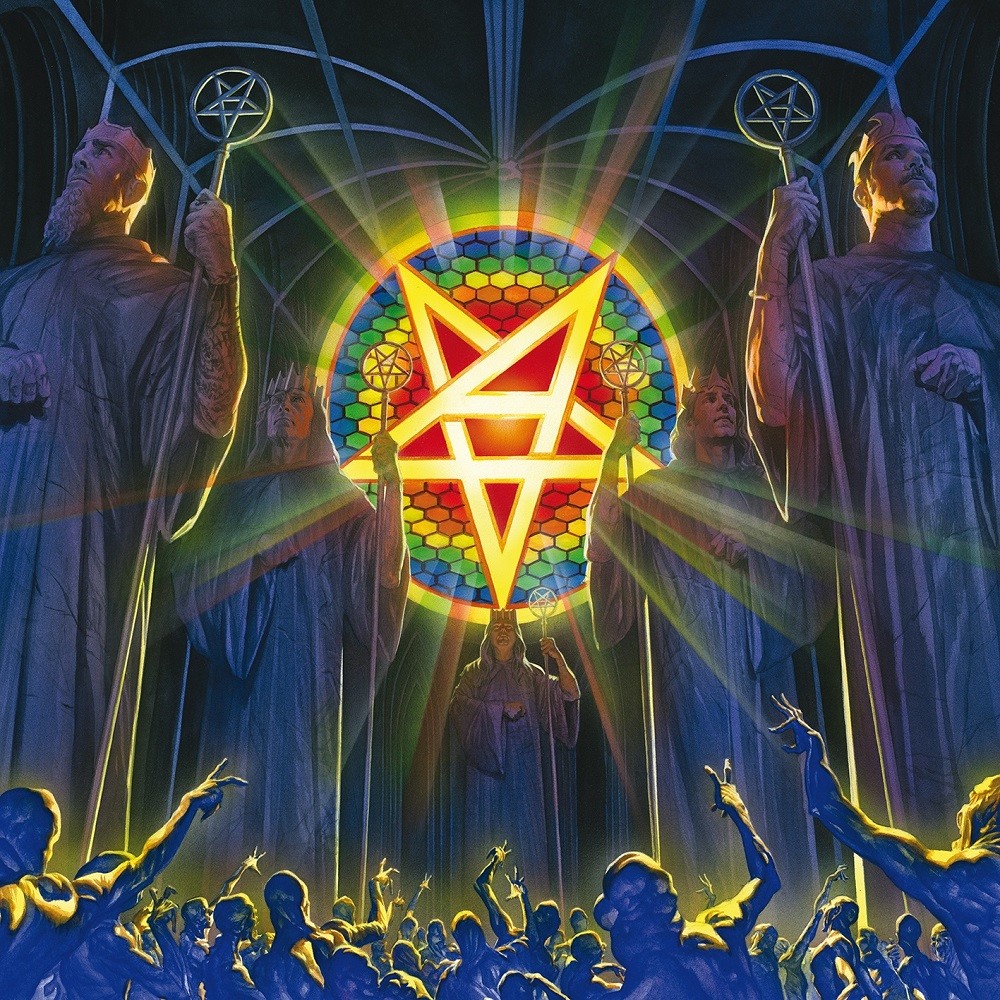 There are a few great tracks on this album but I can't help but notice a sameness to many of the other tracks. There's a noticeable lack of hooks on this one. Joey sounds great but the melodies are very one-dimensional and less varied than the previous album. There's also a shortage of genuine thrash, despite the numerous claims made to the contrary by some of the members.

This is not to say the album is a dud, but it's certainly not one of the band's more distinct offerings. I guess at this point, any new Anthrax should be welcomed but my hopes were higher than the end result.

I am not a massive Anthrax fan, I'll be honest. Give me "Persistence of Time" or "Among The Living" all day I am happy enough but not much else really moves me. I read an interview earlier in which Scott Ian describes "For All Kings" as "the most metal album" the band have made "in a long, long time". Sounds promising doesn't it? Unfortunately it isn't true, unless over the last 10 years or so Anthrax became a pop band then yeah you could consider their latest to be more metal. However, it isn't even that metal really.

What riffs there are a blunt and constrained sounding collection of tired sounding repetitions. "Breathing Lightning" and "Suzerain" are examples of this. I could find albums full of this sound in the albums under a fiver section on Amazon if I really wanted to sully my collection. The constant repeat of the lyric "Nothing is over" during the latter of the two tracks just mentioned is perhaps a sad legacy statement of a band who maybe are just not what they used to be but are still trying anyway.

"Evil Twin" actually has some solid thrash riffs (done a million times before) but it is lost in the general "meh" of the record as a whole. Although it deals with a very current and important subject matter (the Charlie Hebdo murders) it is lyrically very naive and quite cringey at times.

As I listen through the record I am just completely underwhelmed. There is no bite to what comes out of the speakers, or when some teeth are bared - like the opening track "You Gotta Believe" or "Blood Eagle Wings" - it is literally a flash of white instead of a full frontal snarl of razor sharp fangs. The wolves are very much not unchained on "For All Kings".

The closest we get to some real balls is "Defend/Avenge" but again it isn't thrash metal anymore it is mediocre, metal edged hard rock. On "Zero Tolerance",the choppy riffs are undermined by random song structure. Almost like in trying to capture former glories Anthrax keep shooting themselves in the foot.

With its very grandiose imagery of monolithic sized band members standing tall amongst admiring masses, "For All Kings" shows that as a concept it is misguided. Off the back of "Worship Music" Anthrax have simply believed too much in their own hype. Give this album to a 13 year old kid who loves Slipknot (not a bad thing) and has no sense of the history of Anthrax and they would no doubt love it to bits. However, for me as an established metal fan for over 25 years "For All Kings" just doesn't cut it. There's no conviction behind it and some of the songs seem to be so long in places for no obvious benefit, the whole album could do with a trim to make it at least more palatable.